Caffeine is consumed by hundreds of millions of people all around the world each and every day.

Mostly known for its use as a stimulant, caffeine is one of the most commonly consumed dietary ingredients in the world.

It has a TON of reported and deeply studied health benefits, but there are also negative risks that you should be aware of.

Caffeine is a natural stimulant that is mostly used for its ability to help you stay awake and alert by stimulating the nerves and mind.

What is Caffeine Found in?

Some of the most well-known natural sources of caffeine are:

Caffeine has been consumed worldwide for thousands of years primarily through tea, coffee, chocolate, and more recently, carbonated soft drinks.

Fun Fact: Kola nuts once inspired the names of sodas like Coca-Cola and Pepsi-Cola and were also used to provide the flavor for them. These nuts are now rarely used to produce soft drinks and natural caffeine sources have been replaced by the production of the synthetic versions.

The Nazi party in Germany first developed a synthetic version of caffeine in 1942 to ensure they had enough supply in World War II.

This synthetic stuff is nearly identical to its natural counterparts in its chemical makeup and has similar effects on the consumer.

While most coffee and tea has natural caffeine, most carbonated soft drinks and energy drinks now contain the synthetic version.

How to Identify Natural vs. Synthetic Caffeine

Natural caffeine is usually found within these ingredients in consumer products:

Synthetic caffeine is usually just listed in the ingredients as “caffeine.”

1886 – One of the first sodas to contain natural caffeine, Coca-cola, was sold (USA)

TODAY – Every day 90% of people in the world consume at least one meal or drink with caffeine in it.

Caffeine Effects on the Body

Caffeine is a psychoactive substance, which means it primarily targets the central nervous system and the brain.

It blocks a neurotransmitter called adenosine, which is responsible for slowing nerve cell activity in the brain that causes drowsiness.

Instead of allowing adenosine to open blood vessels and slow down nerve cells, the cell activity speeds up.

It causes blood vessels to constrict, which is the reason is why it is so useful to get rid of headaches.

As neuron firing increases in the brain, the pituitary gland signals the adrenal gland to produce adrenaline.

Adrenaline can have many effects on the body including:

What are the effects of caffeine on the brain? 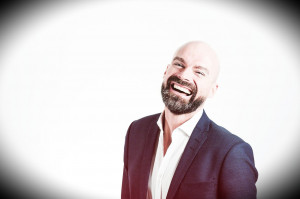 When consumed in a reasonable amount, caffeine can cause an increased level of dopamine for a short period of time in the brain which leads to improved mood.

Because it improves overall mood, it is also linked to lower suicide risk in adults when not consumed in unhealthy amounts.

Caffeine blocks neurotransmitters that bring on drowsiness and slow down the brain. Therefore it has the exact opposite effect and speeds up activity in the brain.

The result of this extra brain activity makes your body think there is some kind of emergency and produces adrenaline that helps with alertness and reaction time. 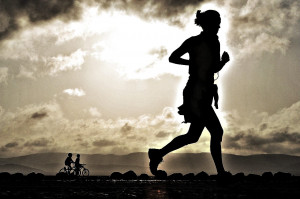 Any exercise that involves endurance is those that caffeine helps with the most.

When you run out of glycogen stores in your muscles, you quickly get tired. However, caffeine helps slow fatigue by signaling the body to use other fat stores for energy first before those in the muscles.

This is why so many people turn to caffeinated drinks and supplements before a good workout.

The pain from headaches often comes from the widening of blood vessels within the brain.

Caffeine helps by constricting blood vessels and can provide pain relief when not taken in excess.

Some people take also take migraine medication with caffeine to help boost the effects of the medication but use caution when you take certain medications with it, as it can affect how they work.

A study was done that involved participants taking a small dose after some period of learning took place.

After studying different amounts of dosages, researchers concluded that those who took 200 mg after a learning session were able to remember things they studied better. 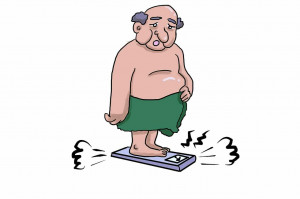 There is no real evidence that it can produce significant weight loss, but it does speed up your metabolic rate.

Metabolism is a term that can describe all chemical reactions in the body.

The higher your metabolic rate is, the more calories you are burning at rest and that can help with weight loss.

Too much fat in the liver can cause inflammation that can result in damage and scarring. Research has shown that caffeine can help break down fat stored in the liver.

Coffee specifically can help reduce cirrhosis of the liver and negate the effects of damage to the liver caused by heavy alcohol consumption.

Reduced Risk of Some Cancers

There are many cancer studies conducted related to caffeine intake through coffee.

It is believed that consumption through coffee is linked to reduced chances of developing up to ten types of cancers including: 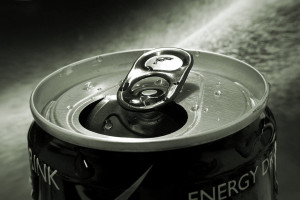 Caffeine is an addictive substance, and most of the negative health risks come with large amounts of its consumption.

Some people are naturally sensitive to it and should be more cautious, especially pregnant women.

The addictive properties may be that it triggers adrenaline production and causes chemical reactions that allow dopamine levels to rise.

You can also build a caffeine tolerance which isn’t bad unless it causes you to consume too much caffeine.

The raising of blood pressure is a concern, but it seems to be a temporary occurrence with caffeine consumption.

This risk seems to be higher with those that don’t normally consume it or do so in large quantities.

However, it has not been linked to directly cause major heart issues in most people.

Caffeine can naturally make it harder to fall asleep as its purpose is to fight drowsiness and it can surprisingly take up to 6 hours for your body to eliminate half of what you consume.

You can reduce the chances of insomnia by avoiding caffeine, alcohol, eating meals, and exercising close to bedtime. 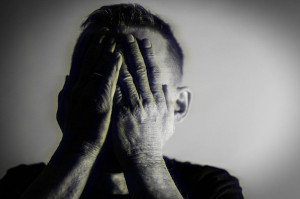 Restlessness and nervousness can be common when ingesting large amounts of caffeine.

Where lower levels can enhance alertness, too much can increase stress and worry.

Those who suffer from anxiety often should consider reducing their intake.

Some caffeinated drinks have a high acidity than others and therefore can cause irritation of the lining of the stomach.

It can also cause nausea by itself if you take too much on an empty stomach.

To battle stomach irritation and nausea, you can try consuming it in less acidic forms such as cold-brewed coffee, or with an accompanying meal.

As it is a stimulant, it speeds up the chemical processes of the body. One of the most concerning risks of large amounts of caffeine is that it can increase your heart rate and sometimes cause an irregular heartbeat.

To avoid this, it is important to monitor your consumption. 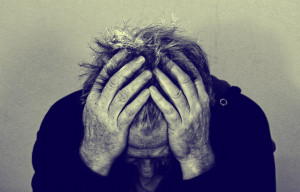 While many people know that caffeine helps with headaches, too much of it can actually cause them.

Headaches can also come as a result of withdrawals — which is a terrible experience.

Other symptoms of these withdrawals may include:

Summary: As it is a stimulant drug, some people can experience undesirable effects including anxiety, nausea, and insomnia.

How Much Caffeine is Safe?

It is recommended that children under the age of 12 don’t consume it at all. However, these amounts are considered safe for most.

Up to 100 mg per day is generally safe for teens.

There has been a lot of fear around caffeine and the negative effects it can have on your health. However, it seems that there really isn’t much to worry about if you do not consume it in excess.

Research continues to prove that a reasonable amount of daily intake can provide an abundance of temporary and long term health benefits.

You should pay attention, but relax when it comes to the world’s most favorite stimulant. It has been enjoyed for thousands of years and likely, another thousand years to come!