When you think of cast iron, you may think back on the days when your grandparents use to haul those massive pots and pans around their kitchen for every meal.

But those days are gone, right? There can't possibly be any benefits to using cast iron in our modern world?

Strangely enough, even with all the advancements in every sector of technology, the benefits of cast iron skillets still dominate the cookware realm!

So what are the pros and cons of cast iron, and why should you consider giving up your non-stick pans for something so massive and bleak as a chunk of metal?

Let's take a look, starting with some of the fantastic benefits of cast iron!

The majority of non-stick cookware use man-made chemicals known as fluorotelomers that give them a hard and nearly friction-free surface.

While this is excellent for keeping your food from sticking to your cookware, there are a ton of health concerns surrounding the use of these chemicals. 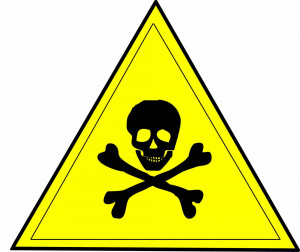 At higher cooking temperatures, they release chemicals into the air, and your food called perfluorinated compounds (PFC.) This effect is also amplified when your non-stick surface is scratched.

The two most common fluorotelomers found in non-stick cookware are polytetrafluoroethylene and perfluorooctanoic acid. Both of these chemicals have been linked to several nasty health issues, including cancer, liver dysfunction, declining brain health, and hormone malfunctions.

These chemicals have been used in pans since the 1930s and it wasn't until 2015 that companies started to reformulate them into "safer" compounds.

It took almost a hundred years for us to figure out they had adverse health effects. While modern medicine is significantly better than it was in the '30s, who is to say we won't find ailments caused by these new and improved chemicals?

This is the beautiful thing about using cast iron cookware; they contain zero harmful chemicals – only iron.

2. Get Your Daily Iron

One of the best health benefits of cast iron – besides not leaking harmful chemicals into your food – is that it spikes your meal with a healthy dose of iron! 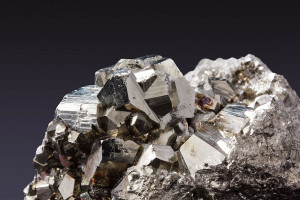 Iron is a mineral that is absolutely crucial to your health and plays a huge role in your red blood cells' ability to transport oxygen throughout your body and helps to create energy from the food you eat.

Iron deficiency is the most prevalent nutrient deficiency in the world, affecting over 2 billion people a year, and the symptoms can be that of fatigue and lack of focus.

But how much iron can you expect?

According to one 2013 study, four snacks prepared in iron pots were given to 27 preschool children a day for four months. Over those four months, there was a 16.2% increase in the iron content of the snacks. Additionally, there was a significant increase of 7.9% in the children's hemoglobin.

Hemoglobin is a protein in red blood cells that carries oxygen around the body and get's rid of carbon dioxide.

However, the amount of iron that your food pulls from your skillet also dramatically depends upon the type of food you are cooking.

The more acidic a food is – such as tomato sauce or vinegar – the more it breaks down and absorbs the iron.

Acidic foods can also breakdown your seasoning; check out our article on foods you should not cook in cast iron.

Cast iron skillets have a natural non-stick surface through a process called seasoning.

Seasoning is when you bake a thin layer of oil on the skillet until it bonds with the iron and forms what is called a polymerized (plastic) layer.

This layer not only protects the iron from moisture – which makes it rust – but also gives it an oily non-stick surface!

But even cooler is that this polymerized layer can get thicker the more you use the skillet!

So basically, your skillet gets better with time!

And even better, instead of using man-made and toxic chemicals to make your pans non-stick, you are simply using oil!

Note: This polymerized layer can take weeks of use to build up, so your pan won't be completely non-stick at first. So don't be discouraged if things stick a little at first!

While iron isn't the greatest conductor of heat – as we'll cover in second– , it does have a higher heat capacity than most other cookware.

In a nutshell, this means that it can store more heat without dissipating.

This gives cast iron the ability to sear food, unlike any other cookware.

Also, because it takes longer to warm up and cool down, you will never have those unexpected heat spikes that burn your food! 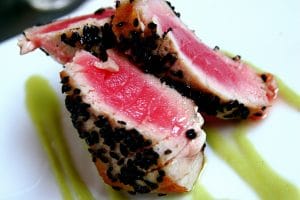 Another remarkable benefit that stems from cast iron's ability to retain heat is that it browns and sears food much better.

This scorching gives many foods a tasty and flavor-packed punch!

In addition to that, the flavor and oils of previous meals can soak into the pores of the iron and leach into your next meal.

While not ideal when cooking dessert in a pan that you typically use for cooking bacon, it can transfer some delicious savory flavor between meals!

Cast iron is very durable and takes a significant amount of effort to ruin completely.

Truly the only practical way you can destroy it is be drenching it in cold water while the pan is still very hot, causing it to crack.

Beyond that, the only thing you ever have to worry about is maintaining your seasoning – and even that is easy to fix if you mess it up.

You can also use a variety of utensils – including metal – without fear of completely ruining your pan.

Cast iron can also be used over an open flame. So it's also ideal for camping, or those who want to be prepared for any disaster.

While most other forms of cookware degrade and get thrown away, cast iron only improves with time! 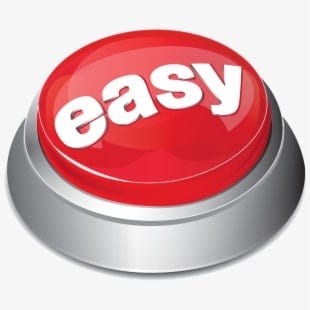 While cast iron does require a little more effort to maintain than other cookware, they are exceptionally easy to clean!

Because of the polymerized lay of oil, food releases very quickly from cast iron, and typically, all you ever need to do is wipe them down under hot water.

And if that doesn't do the trick, adding a pinch of coarse salt as an abrasive prior to scrubbing will!

Plus, they self sanitize at higher heats!

Remember, cast iron only gets better with age and love.

The better you maintain it, and it's seasoning, the easier it will be to clean!

If none of these other benefits are speaking to you, maybe this one will – they are very affordable!

While some cast iron pans can set you back hundreds of dollars for a more elegant and smoother finish, others are very cheap!

A Lodge 10.25 inch cast iron skillet will cost you $15 and can last you your entire life – perhaps even your children's lifetime!

There are few investments this cheap that are packed as full of benefits as cast iron.

Cast iron skillets are not limited to being used on the stove and can also be thrown in the oven.

This not only means fewer dishes while preparing some certain meals but also fewer dishes that you need to own!

There is nothing like having less clutter in the kitchen!

Even with all the amazing benefits of cast iron listed above,  nothing is without its flaws or drawbacks.

So let's cover a few of the bigger ones to help you decide if cast iron cookware is truly for you!

1. They Can Be Heavy

Cast iron pots and pans are very thick slabs of metal and can sometimes be pretty big.

This may come as no surprise, but iron is heavy, and if you are using something like a 12-inch iron skillet, you may have some difficulty tossing it around like other cookware.

So if heavy is something that you are actively avoiding, try starting with a smaller 8-inch skillet. 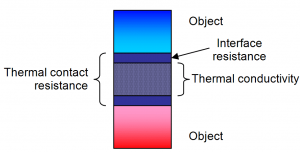 While iron is fantastic at holding heat, it is a poor heat conductor.

In a nutshell, this means that heat doesn't move through the metal very quickly.

This not only causes the pan to warm and cool slowly but can also create hot spots if the bottom of the pan is heated unevenly.

However, to battle this little drawback simply let your cast iron warm up a little bit before throwing your food on. After enough time, the heat will begin to balance throughout the pan.

Perhaps the most considerable disadvantage of cast iron for many people is that it does require some maintenance.

While it isn't that much work, you have to preserve the seasoning of your pan actively.

As mentioned above, seasoning is a layer of oil that has polymerized and bonded to the iron. This layer protects the iron from rusting and gives the pan that impressive sleek and non-stick surface.

In addition to maintenance, you may have to do a little research on how to care for you cast iron, or just check out our growing archive of cast iron guides!

But it's not hard, and the benefits of cast iron pans far outweigh the slight amount of effort it takes to keep them functional.

As we can see, there are a ton of benefits of cast iron pans – from better health to better flavor – , and if you add these benefits up, you truly do get something extraordinary.

Over the years, you will end up building a relationship with your cast iron, and you'll wonder how you ever lived without it!

So if you're long overdue for replacing your old beat up cookware, consider phasing out those non-stick pans for an iron cast skillet and see how it compares.