Caffeine tolerance is a term used to describe how continual consumption of caffeine over time can change or lessen the effect it has on a person.

This term is often mistaken to have the same meaning as caffeine sensitivity, which is the degree to which caffeine naturally affects a person.

While caffeine tolerance can be increased or decreased by changing how much we consume, caffeine sensitivity is based more on genetic factors out of our control.

What is Caffeine Tolerance?

Caffeine tolerance is caused by your body adjusting to the amount of caffeine you consume.

Over a period of time, your body gets used to the amount of caffeine you consume and is less affected by it.

Caffeine tolerance can happen relatively fast as one scientific study showed it can happen with the first four days of habitual use.

This tolerance can be affected by many factors that change daily.

These things can affect the speed at which your body metabolizes caffeine, or gets caffeine out your system. 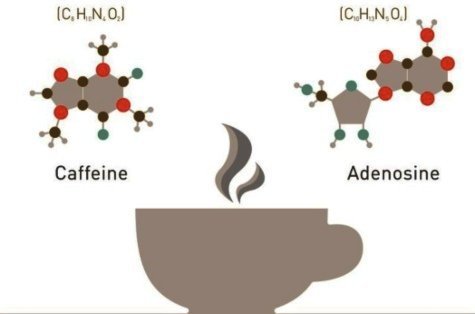 1. Caffeine causes most of its effects on the body by blocking adenosine.

Adenosine is a good thing that helps regulate sleep, but it also slows nerve cell activity and causes sleepiness.

Caffeine acts like adenosine and attaches to receptors that adenosine normally attaches to. This helps caffeine block adenosine from doing its job slowing activity in nerve cells.

2. As our body gets used to caffeine coming in, our brain creates more adenosine receptors which give it more paths to work in the brain.

3. Experts believe tolerance of caffeine happens as the brain starts to create more adenosine receptors so that the usual amount of caffeine can't block the adenosine as well it once was.

Caffeine also causes the body to produce adrenaline only when it beats the adenosine and causes more neurons to fire in the brain.

As mentioned before, there are many factors that determine how your body processes and reacts to caffeine daily.

Caffeine affects people differently and the benefits of caffeine can be dramatically reduced over time when you go from drinking a small amount to large amounts daily.

The symptoms of caffeine tolerance are the lack of or signs of reduced effects of caffeine normally has on a person.

You can tell if you are building caffeine tolerance by paying attention to how caffeine should normally affect the body.

You may be building a caffeine tolerance if it takes more caffeine for you to achieve the normal benefits of it, or you are not feeling the effects at all.

It is important to remember that while having a high caffeine tolerance is not a bad thing, too much caffeine can be unhealthy and even dangerous.

How do you Reset Your Caffeine Tolerance?

The only real way you can stop or reduce your caffeine tolerance by lowering the amount of caffeine you consume each day or by quitting cold turkey for a time.

In order to reduce the chance of negative side effects and caffeine withdrawals, your best option is to slowly lower your caffeine intake rather than quit altogether.

You may also consider paying attention to your caffeine consumption so that you can consume it in cycles. 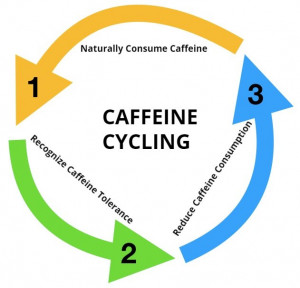 A caffeine cycle is simply lowering your caffeine intake for a while so that you can later resume your normal amounts and enjoy the full effects.

There is no need to cycle your caffeine unless you feel you have built a tolerance or want to feel the full effects of caffeine once more.

The natural reaction to battling caffeine tolerance is to consume more, but less is actually more in the end if you want to feel the full effects again.

It is not healthy to just keep consuming more and more caffeine to get the desired effect again and again.

If you keep track of the amount of caffeine you are consuming and pay attention to the effects, you will learn when you need to reset your caffeine tolerance.

How to Quit Caffeine?

Quitting caffeine, if even for a short period of time, can be extremely difficult. The best way to quit something is by replacing it with something else more healthy. The best way to do this is to slowly decrease the amount of one thing not by quitting all at once.

While you can't simply replace caffeine products without side effects, one suggestion for an energy boost is exercise.

It seems crazy, but exercise is proven to help fight fatigue. Exercise causes your body to release endorphins which help in a lot of ways. Endorphins help boost mood, reduce mental stress and give you the same euphoric feeling that caffeine does.

So the next time you feel fatigued try going for a run, walking the dog, or anything to get the natural factories of the body working.