Can You Speak Morse Code?

Morse code can be spoken by verbally pronouncing the dot and dash combinations that represent each letter. However, it was not initially designed to be a spoken coding system, but rather a way to communicate the alphabet one letter at a time through electric sound signals.

Let's look at exactly how you can speak Morse code and how to learn the rules of pronunciation and timing.

How to Speak Morse Code

Before learning how to speak Morse code, you should be aware that actually talking the code is not the normal way it is used.

But that doesn't mean that it won't aid in the learning process.

The best way to learn how to vocally speak Morse code is to just pronounce the dots and dashes as you learn the code normally.

Here are the few steps in which a person would normally start learning Morse code:

So while you are in the learning process you can simply pronounce the dots and dashes while you learn and practice tapping. 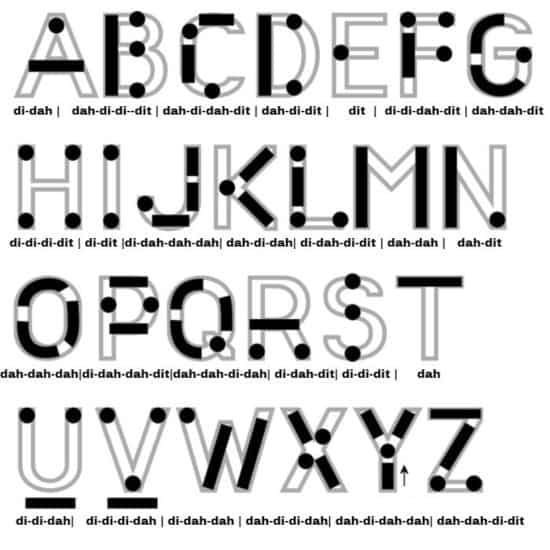 There are just two basic rules when it comes to speaking or writing in Morse code:

After that, you just have to learn and follow the normal rules of timing for Morse code.

The timing in Morse code is based around the length of one dot or "dit." From there you use the length of that "dit" as a unit of time.

The letter "h", for example, is four dits or "di-di-di-dit", so there would be one unit of time between each "dit."

Then when you are done spelling a word you would leave space that is 7 units of time, or 7 times as long as a "di" (dot).

The reason it is based on the speed at which you can send a dit is that not everyone is able to communicate Morse code at the same speed.

Morse code can be communicated in many different ways including, over the radio, using a flashlight, sound signals over a radio, and even by blinking.

A person may not able to send a light signal with a flashlight as fast as if you were sending signals on a radio.

There just needs to be consistency with your own signals so people can easily tell what you are trying to say.

So if it takes you 1 second to send a dit, the whole SOS message should take 21 seconds total.

Using Morse code vocally is not really necessary other than to help you learn and become more proficient in the code itself.

When someone says "speak Morse code" they are almost always talking just using or communicating with the code and not about speaking it with your mouth.

Some people also just do not know enough about the code to realize it was developed to be communicated in other ways than vocally.

The being said, there is nothing really wrong with really speaking it, and the fact that you can speak it just proves how versatile the code really is.