So you just got done seasoning your cast iron skillet, and you are excited to see that beautiful and glossy non-stick coat.

But the problem is, it isn't as beautiful as you imagined.

Instead, it’s a sticky, gunky tragedy.

What happened, and why does a cast iron get sticky?

There are typically three seasoning mistakes that can cause sticky cast iron:

So let’s cover each of them to help you narrow down the cause of your sticky cast iron skillet – plus how to fix it! 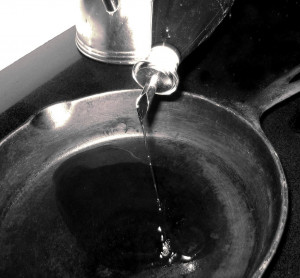 The first and most common reason for sticky cast iron is from using too much oil while seasoning!

When applying oil, the goal is to laminate your seasoning by using very thin layers. You want there to be a film of oil.

This allows the oil that is in contact with the cast iron to absorb oxygen and harden. If you glob the oil on too thick, you get a half-hardened sticky mess!

So make sure you wipe it down good before baking it!

Another way to help avoid oil build-up is to make sure that your cast iron skillet is turned upside-down while in the oven. This allows excess oil to drip off while cooking. Just make sure you have a piece of foil under your skillet to catch the oil!

The second reason that your cast iron might be sticky is that you didn't get it hot enough.

You need a good amount of heat to season a cast iron skillet and maintain its coating properly. 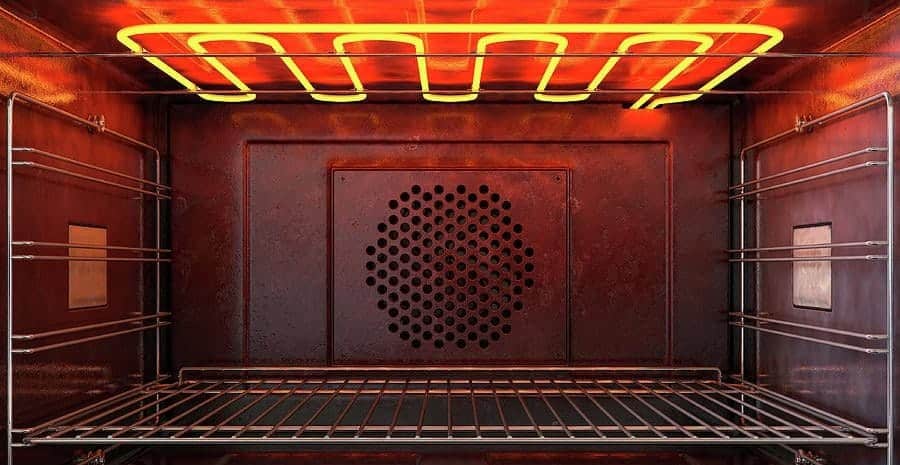 When seasoning cast iron, you are bonding the oil to the metal through a process called polymerization.

This process uses heat to convert our oil into a solid polymer – a plastic – which gives it that non-stick surface.

If you don’t get the cast iron hot enough, then the oil doesn't fully or evenly polymerize, and what you are left with is a sticky residue.

You should be seasoning your cast iron at least at 350° F.

Last up is cook time.

Even with the right amount of oil and the perfect temperature, it won't accomplish anything if you don't cook your cast iron long enough.

When seasoning your cast iron in the oven, let it cook for a full hour in addition to giving it time to cool in the oven.

Additionally, if you are having a hard time properly seasoning your cast iron in the oven, perhaps try using a stovetop. This makes it a little easier to see what is going on and allows you to wipe away excess oil as it heats up!

If you decide to go the stovetop route, be sure to check out this 5 step guide to seasoning your cast iron on the stove!

How to Get Rid of Stickiness?

If you’re already dealing with a sticky cast iron skillet, it just needs a little cleaning.

Using a little coarse salt and some hot water, give it a gentle scrubbing until the stickiness is gone!

Once your skillet is stick-free, you can give seasoning another go – this time wiser and more experienced!

Don't neglect a sticky cast iron! If you just ignore them and continue to polymerize layers on top, it will eventually break off, and not only will you have a nice chuck in your food, but you'll have a very uneven spot on your pan.

So take care of these sticky spots as they come, and your cast iron skillet will serve you many tasty meals to come!