Learn how to fold a dollar bill origami box with this step-by-step money origami guide.

This money box can hold other bills or coins and allows you to gift in a unique way.

It is less complicated than other money origami box tutorials I have seen and turns out great.

If you are looking for something more unique to gift within the box, check out our easy dollar bill ring tutorial!

This tutorial will require two bills, but both will be folded nearly the same way.

It is not required, but some tape will help it look a little better once the folding is finished. 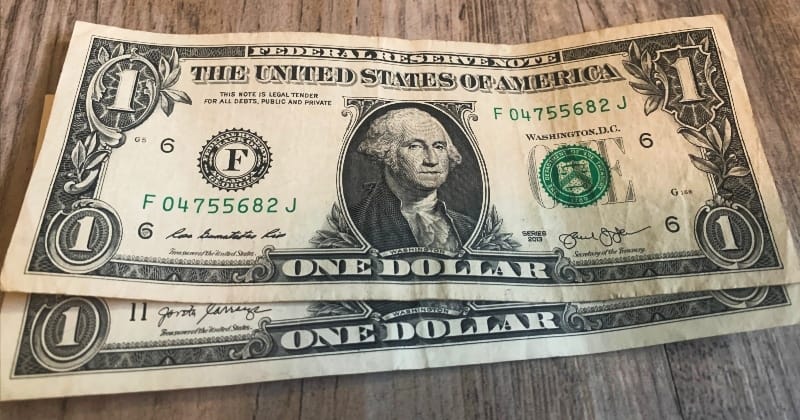 We will start on the front side of the first dollar bill. 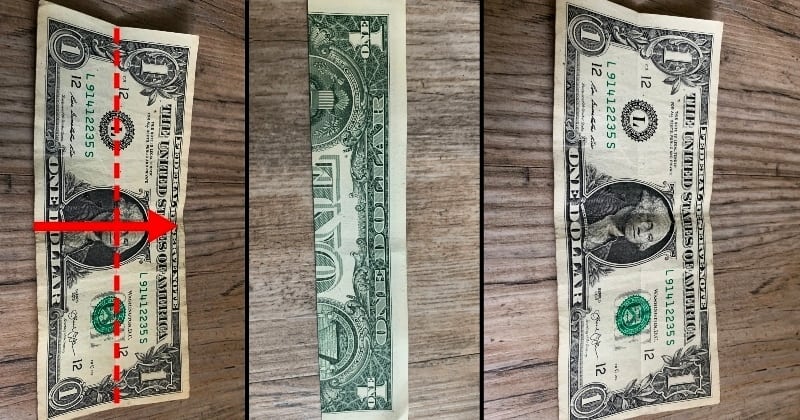 Fold the bill in half from bottom to top, crease it and then unfold.

STEP 2: Fold top and bottom to the center crease 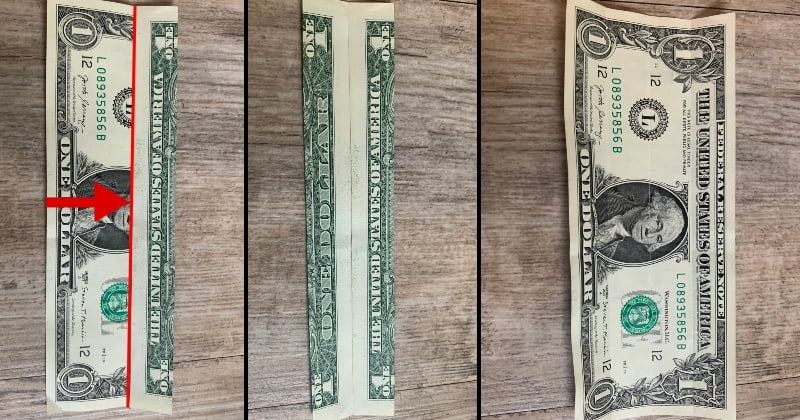 Bring both the top and bottom to meet the first center crease.

Crease all the edges and then unfold it all.

STEP 3: Fold the bill in half from right to left 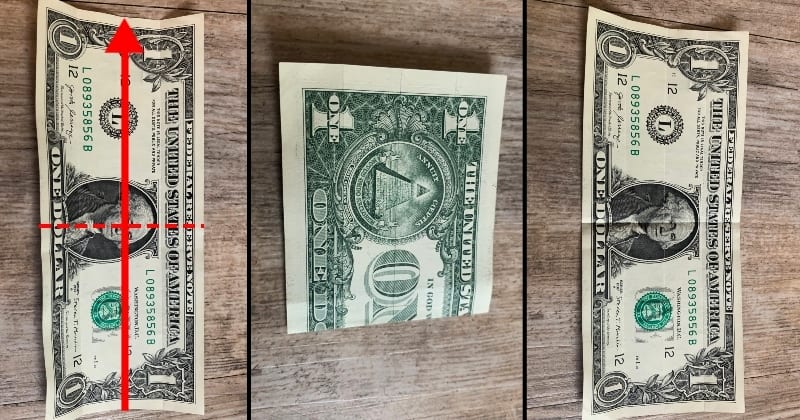 Fold the bill in half from right to left edge and crease it.

After creasing, unfold it once again.

STEP 4: Fold left and right edges to the center 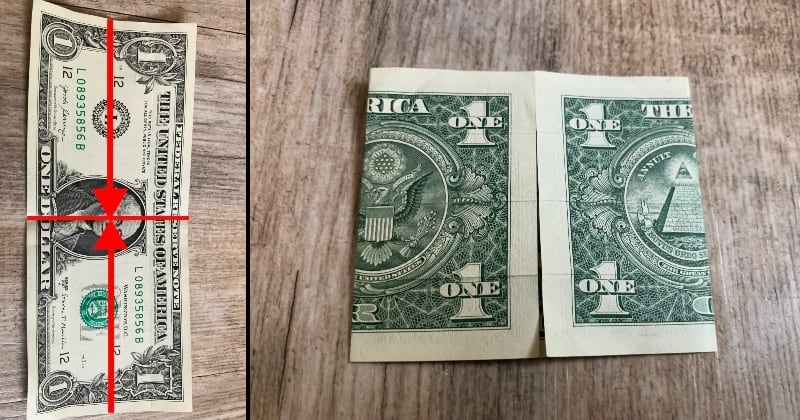 Bring both the left and right to the center and crease both folds.

STEP 5: Fold each corner to the nearest crease 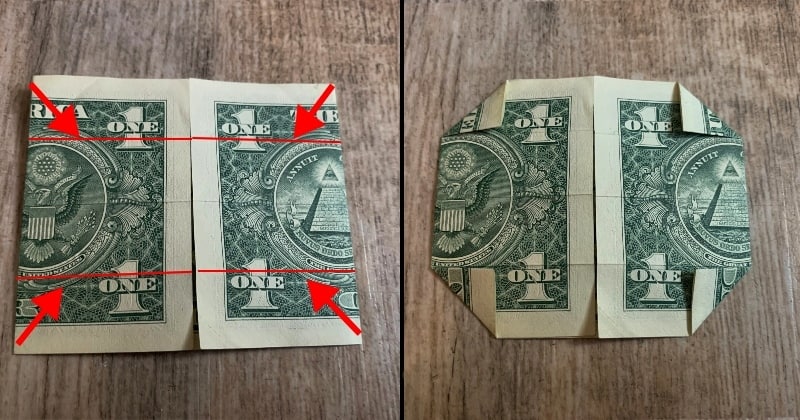 Fold each corner to the closest crease line as shown.

Crease all the edges well.

STEP 6: Make two folds from the center like shown 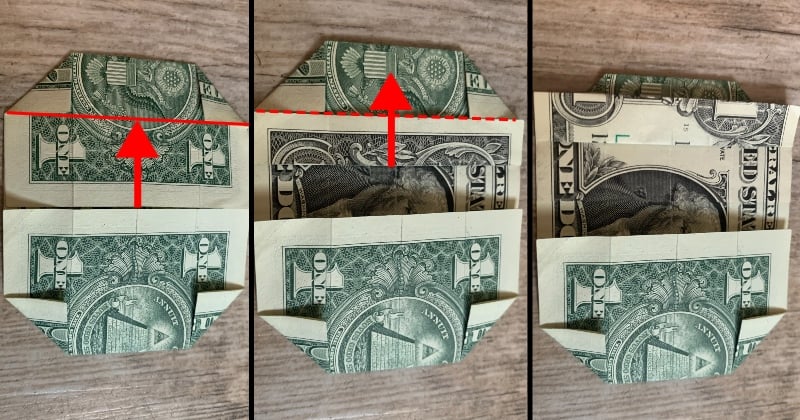 Starting from the center edge, fold the bill to the crease from the previous step.

Make the next fold on that same crease to fold over the last folds.

STEP 7: Repeat the same folds for the other side 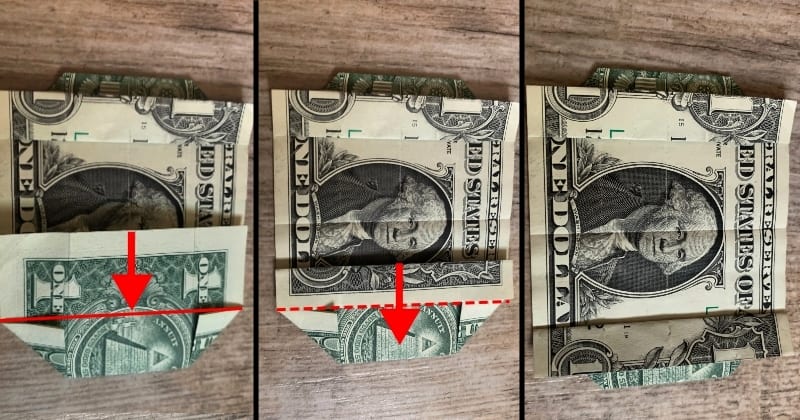 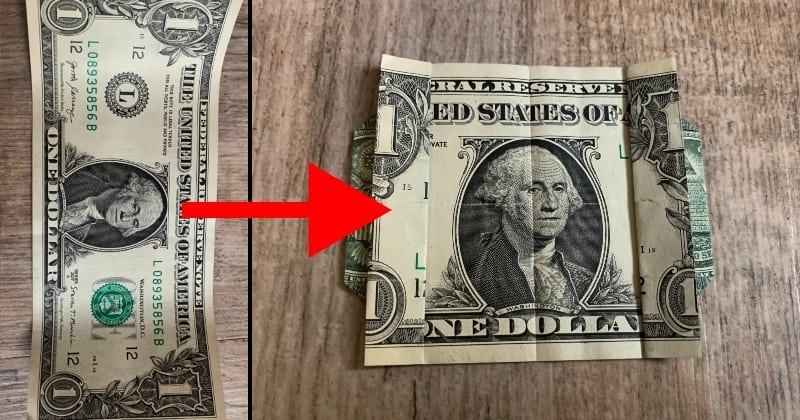 Simply fold the second bill to this point in the tutorial.

Once both dollar bills look like this, proceed to step 9.

STEP 9: Make a small fold on the crease of one bill

We need one half of the box to be slightly smaller than the other to fit.

This means we need to make a tiny fold in the center of one bill. 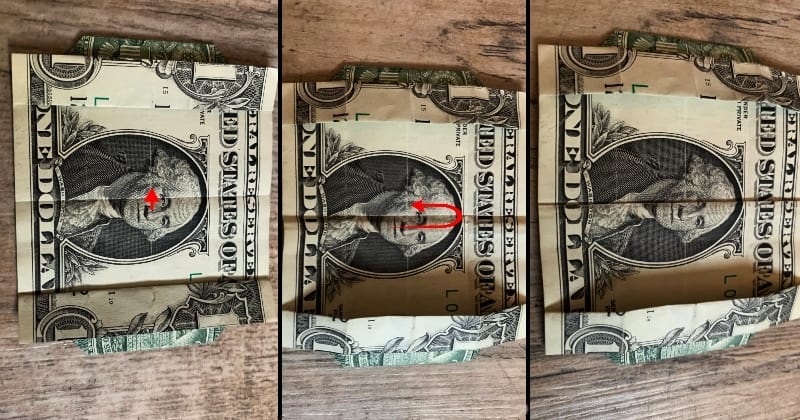 If you don’t get it perfect, you will be able to adjust this fold later to get a tighter or looser fit.

Again, we are just making this little fold on one of the bills, not both.

This fold is the only difference between the folding of the two bills.

STEP 10: Pull edges out and pinch corners to make the halves 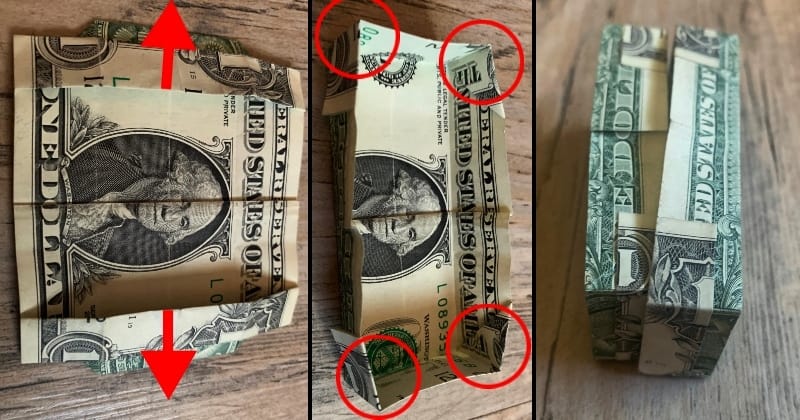 Gently pull the folded edges outward and pinch the four corners to finish the two halves of the boxes.

You can apply a small piece of tape on each of the flaps on the outside to make it a little stronger.

It’s now ready to be put together or hold something inside. 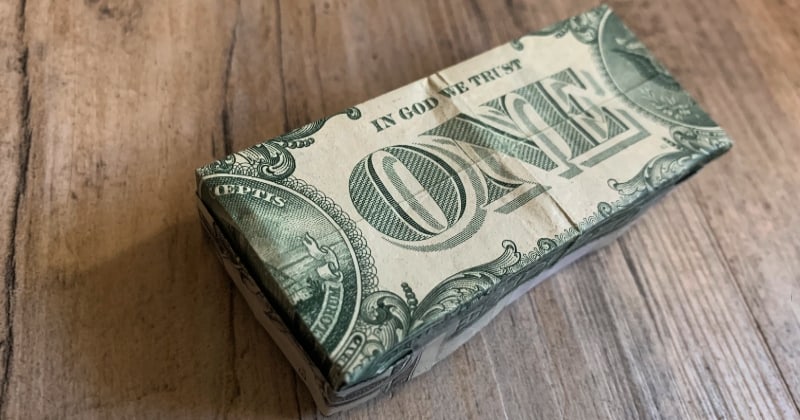 You can adjust how loose or tight a fit the box is by adjusting the fold in step 9. 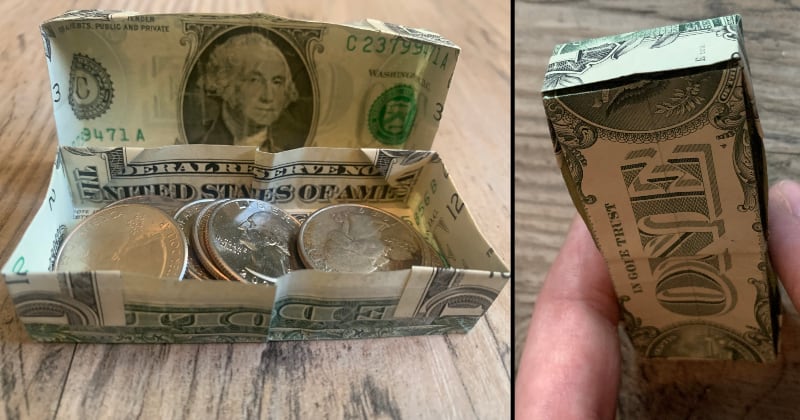 You may also like these other dollar bill folding guides: