Learn to make a money origami cross from a dollar bill in just a few minutes with this simple folding guide.

This easy dollar bill cross will make an awesome and thoughtful gift for a friend!

Let’s start on the front side of a crisp one-dollar bill. 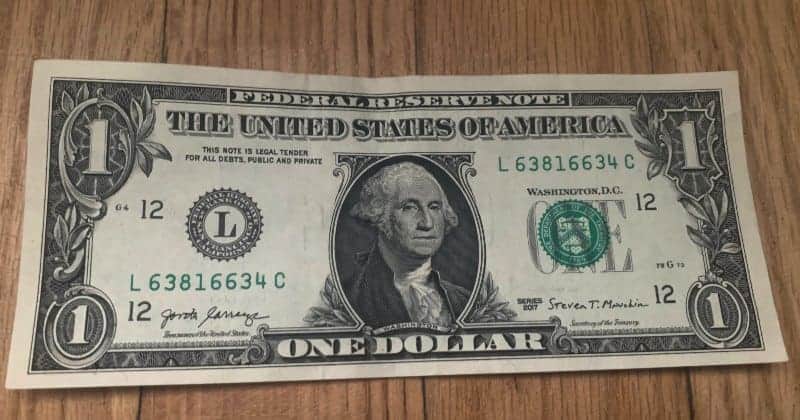 STEP 1: Fold the bill in half lengthwise from the bottom to top 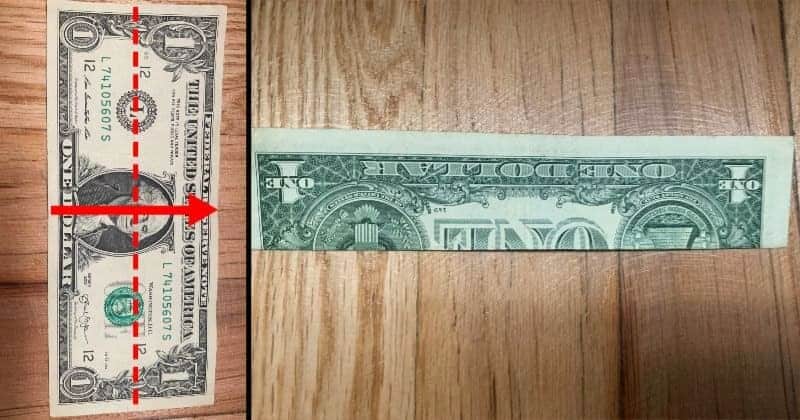 You can crease the fold and then unfold the dollar bill again.

STEP 2: Fold both the top and bottom lengthwise to meet the middle crease 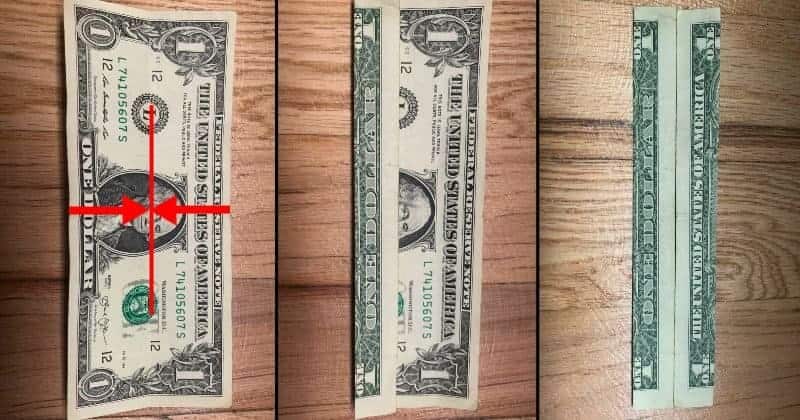 STEP 3: Make the same folds again to meet the middle once more 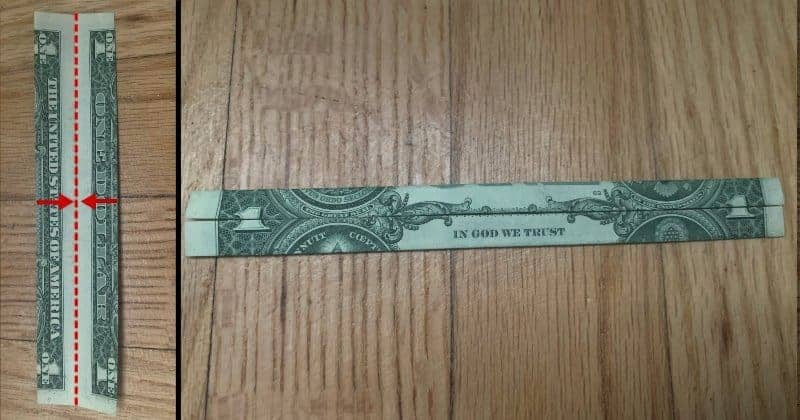 STEP 4: Fold the right part underneath the left as shown 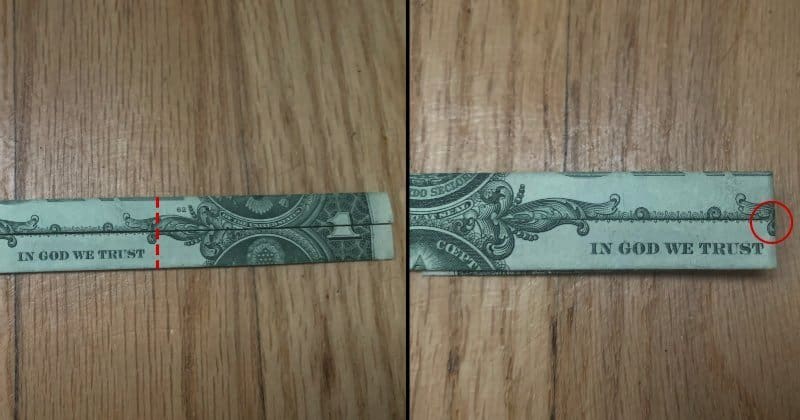 You can use the design on the bill as a guide.

The fold will put a little space between the edge and the “t” in “TRUST.”

STEP 5: Fold the bottom flap under itself and crease 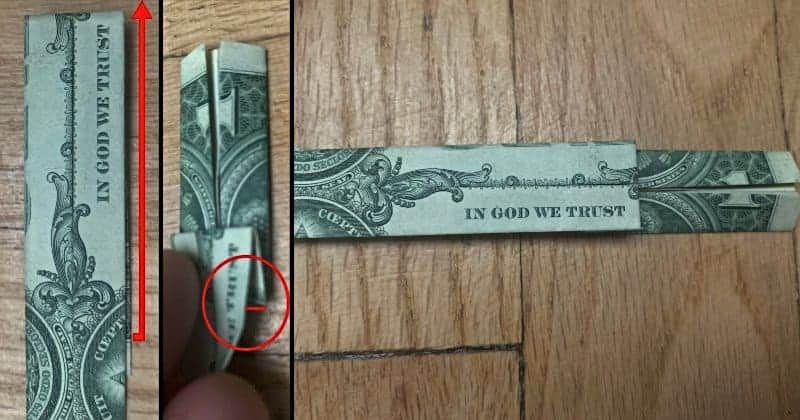 You can make the fold around the start of the word “TRUST.”

STEP 6: Fold the bill in half lengthwise, keeping the words out 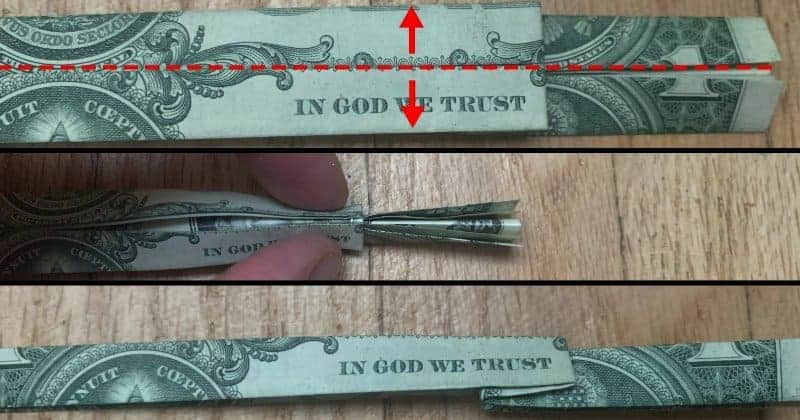 You can basically just pinch it in half like shown.

STEP 7: Fold the right part down and align 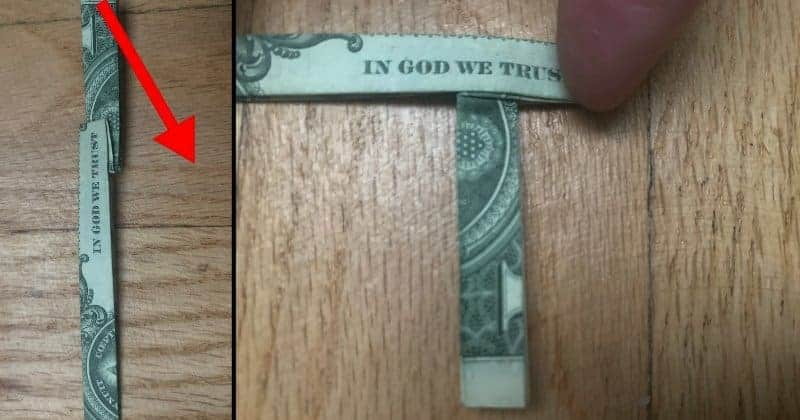 It doesn’t have to be perfect; just align as best as you can.

If you keep messing with it, it will slowly bend to where you want.

STEP 8: Fold the left part underneath itself and fold symmetrically 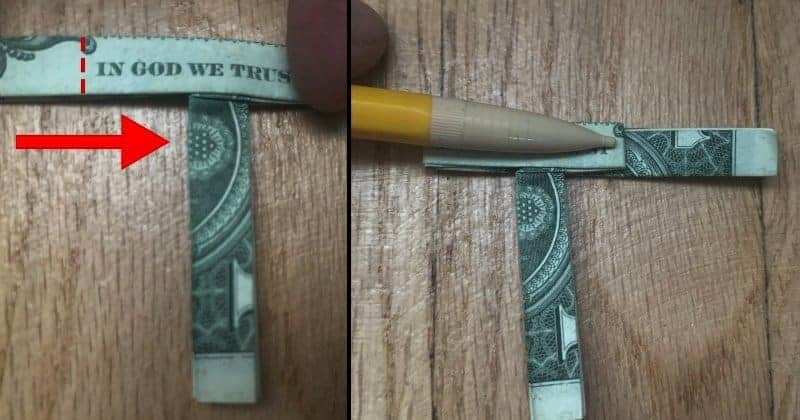 You can use the design edge to make the fold as shown.

STEP 9: Fold this new part on the right upward to align 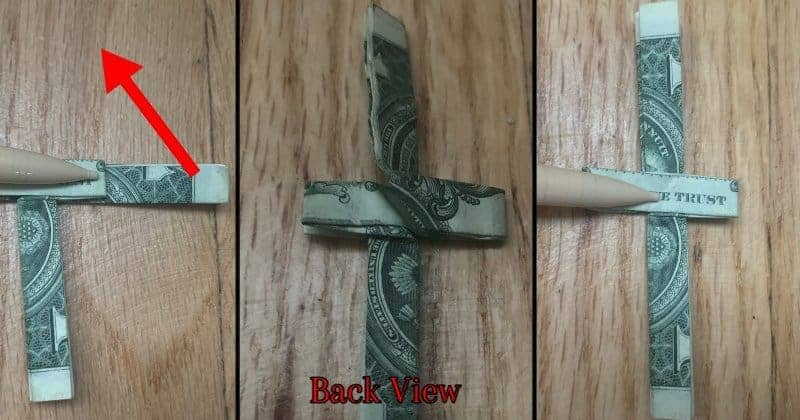 This may be the hardest part as everything might not align perfectly.

Just keep working bill till it looks as straight as it’s gonna get.

STEP 10: Tuck the tip down into the middle layers of the cross 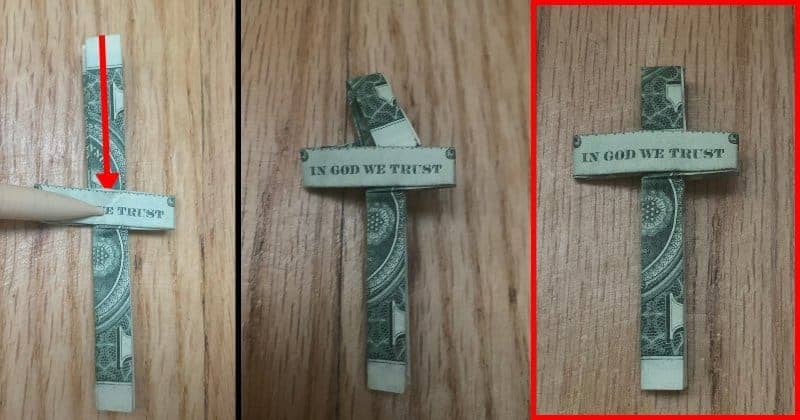 It may take some more work to get it straight, but now you have your own money cross!

Check out these other awesome money origami guides: