Learn how to make a dollar bill origami dress with this detailed money origami tutorial.

This dollar origami dress is a great idea for a unique money gift or just sharing with others for fun.

Follow these ten detailed steps, and you will fold your own faster than you think!

We will start with a fresh dollar bill facing up. 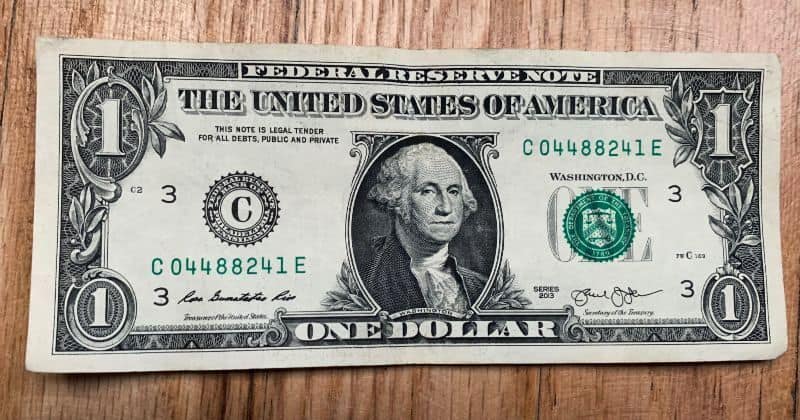 Step 1: Fold the bill in half from left to right 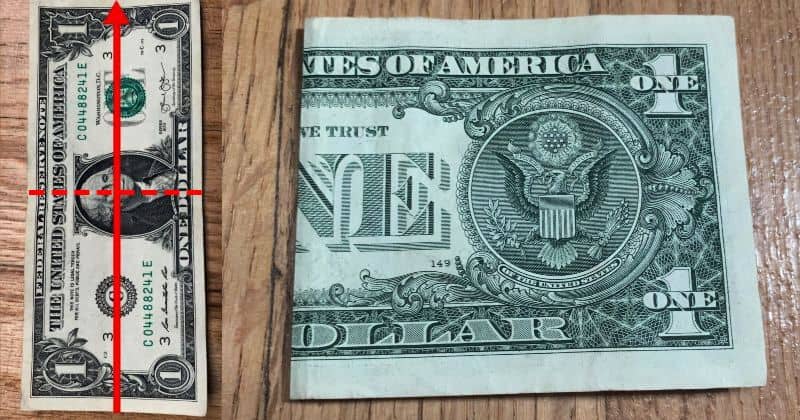 Step 2: Fold the bill in half lengthwise to make a crease 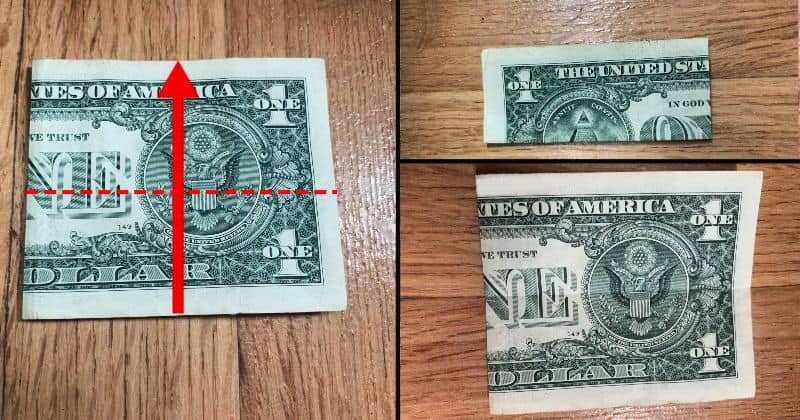 Unfold the dollar bill after you have made the crease.

Step 3: Fold both sides in to meet at the crease 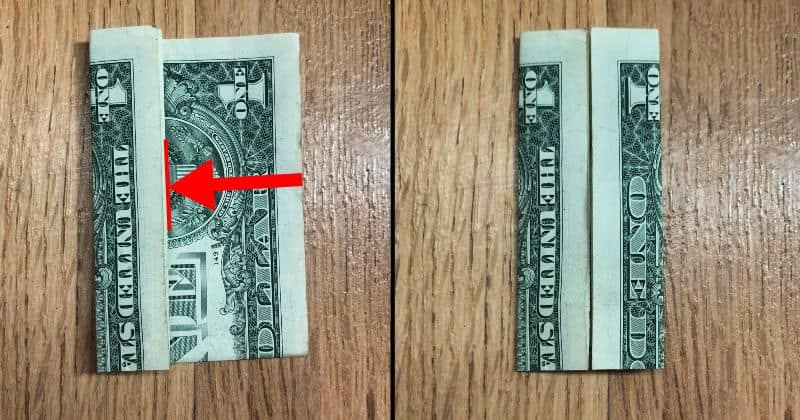 Once you have made the fold creases, open it back up and flip the bill over.

Step 4: Fold the outside creases to the middle crease 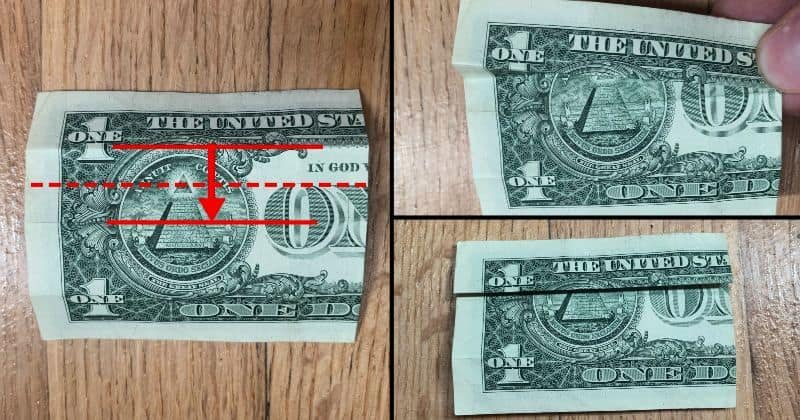 Do this on both sides, and it should look like what you see in step 5.

Step 5: On the closed end of the bill, make the dress collar 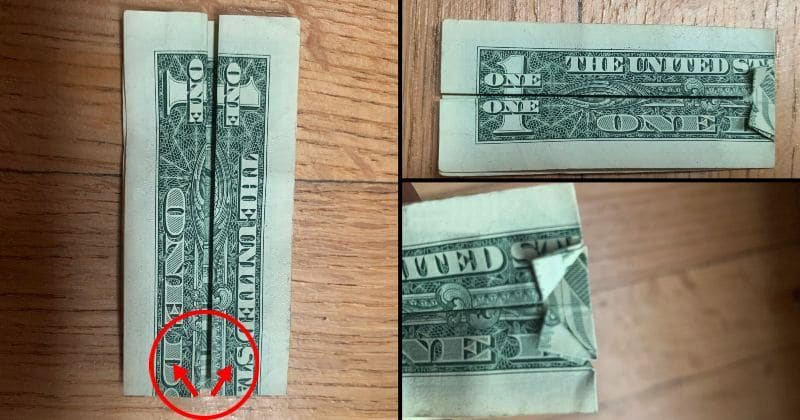 You are simply folding the two inside tips and evenly as you can to make a collar.

Once you are done, you can flip the bill over.

Step 6: Make the back of the collar 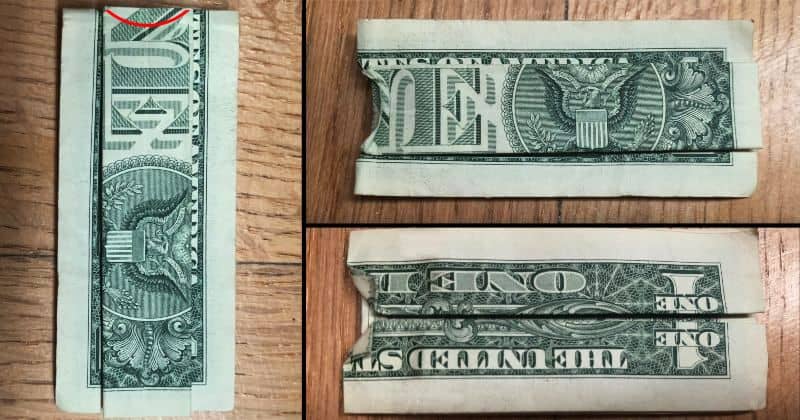 Push the back of the collar down to where you think it looks good.

Step 7: Make a squash fold somewhere above the middle 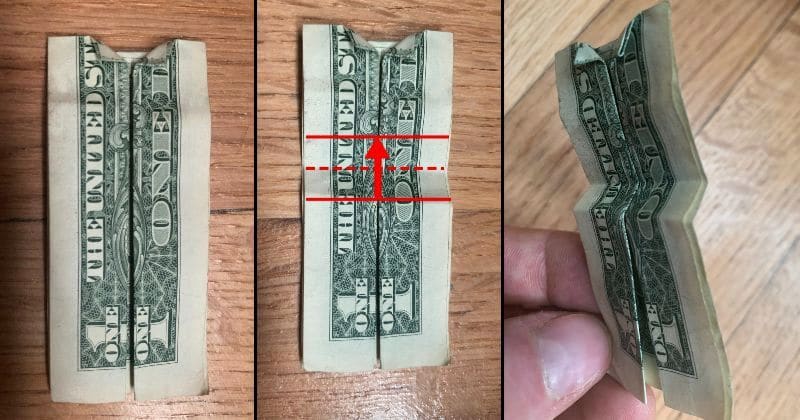 You can use the picture as a guide, but it doesn’t have to be exact.

When the fold is made, it is the waist of the dress.

Step 8: Widen the bottom of the dress 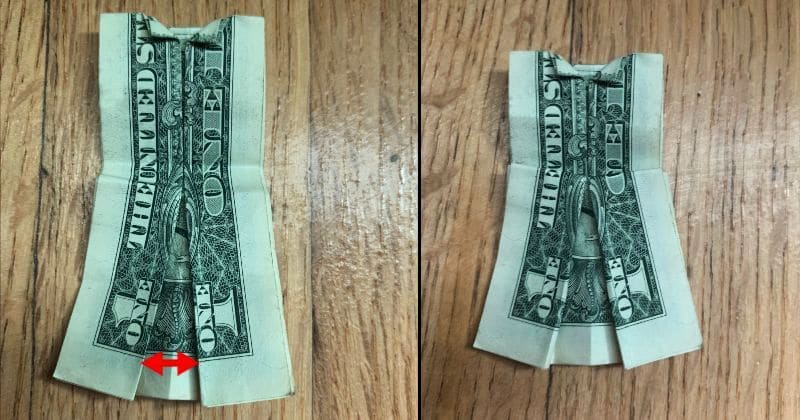 It is a personal preference on how wide you want the bottom of the dress.

You can always adjust this a little later if you change your mind.

Step 9: Curve the back edges of the dress 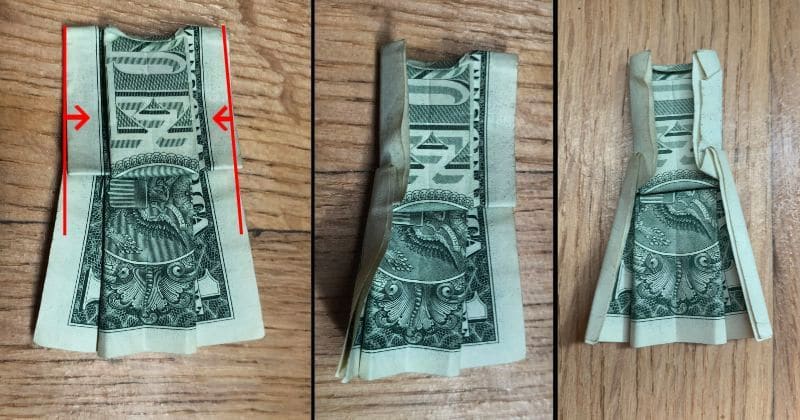 Again you can use the pictures as a guide, but just curve the edges until you think it looks good.

Step 10: The last step is to fold the sleeves 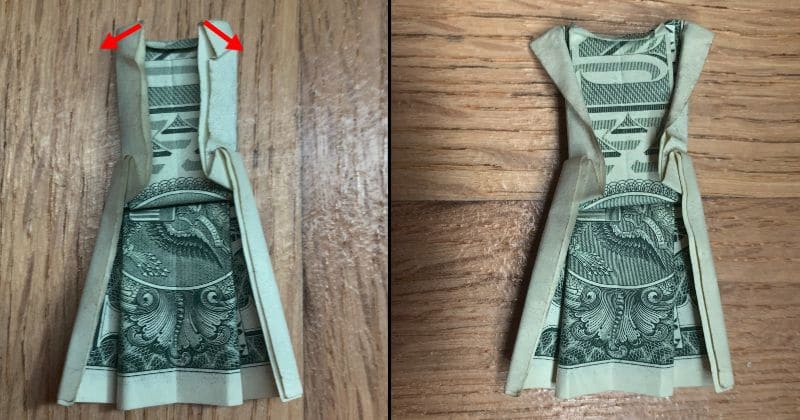 Fold them so they are naturally wider at the top to make the sleeves.

You can look at it from the front to adjust them until they are even.

Then just straighten everything the best you can, and you are done! 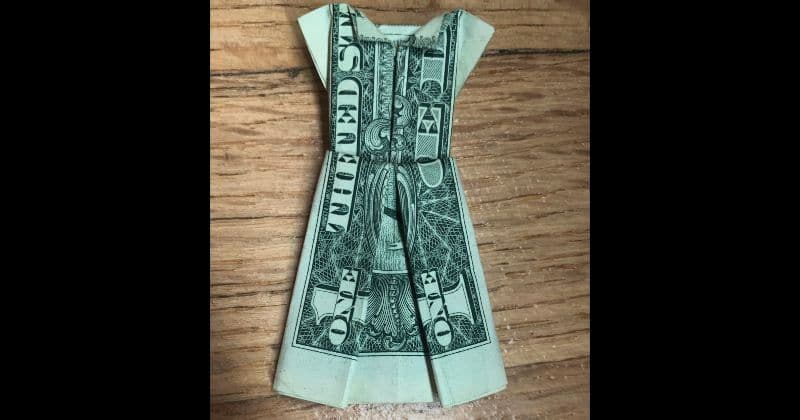 No fold is going to be exactly the same, so fold it how you want it.