Learn to make a money origami frog from a dollar bill with this 14 step folding guide.

This easy dollar bill jumping frog is great for a unique gift or tip idea!

If you would rather fold this out of regular paper, we have an easy origami frog guide as well!

Let’s start with a nice straight bill and on the front side.

STEP 1: Fold the bill in half from left to right and crease 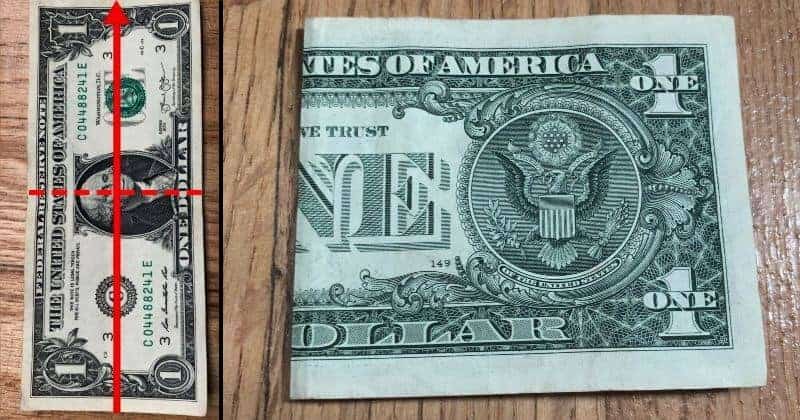 You can unfold it after you have creased the fold well.

STEP 2: Fold both halves from the bottom up to meet the middle edge 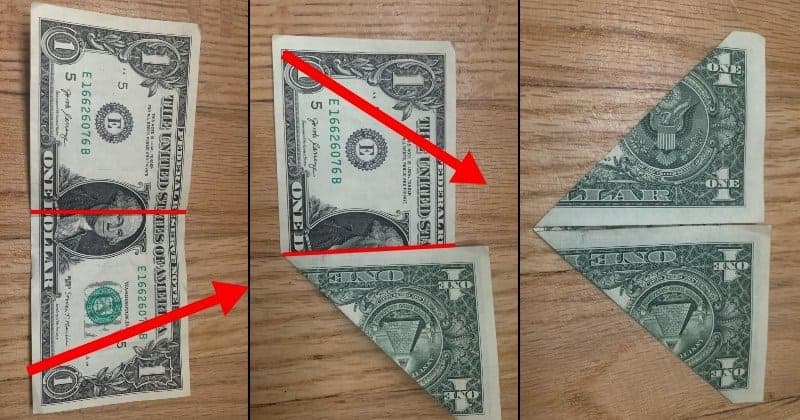 STEP 3: Flip over, and fold the top flaps down over the bill 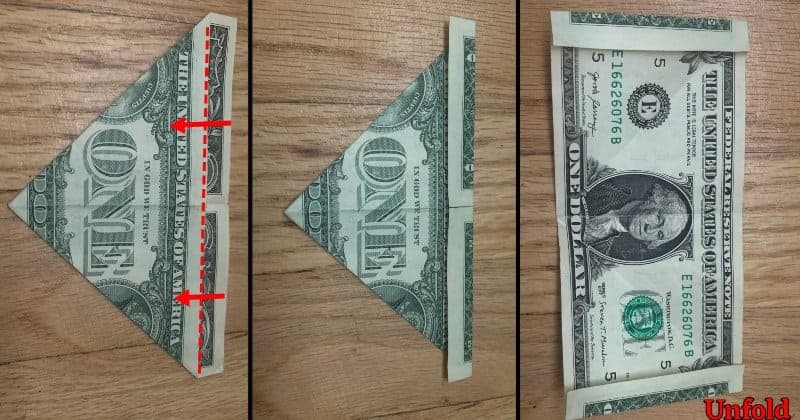 After creasing, unfold it all except for the flaps as shown.

STEP 4: Now fold the tops down to meet the middle line. 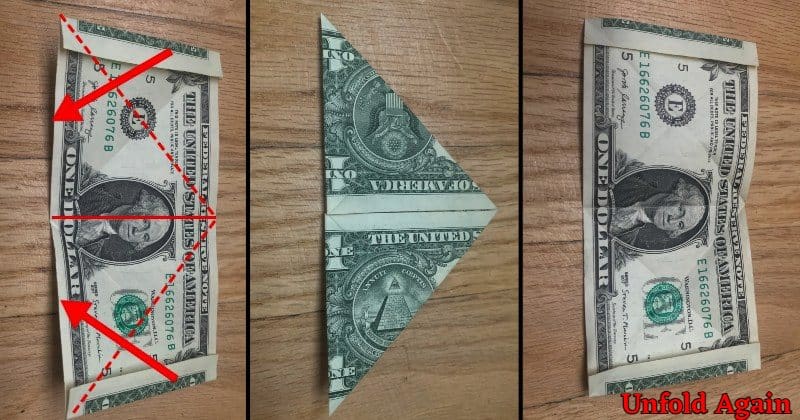 You can put the flaps over the bottom edge to crease. Then unfold it once again like before.

STEP 5: Fold the flap corner tips inward and flip over the bill 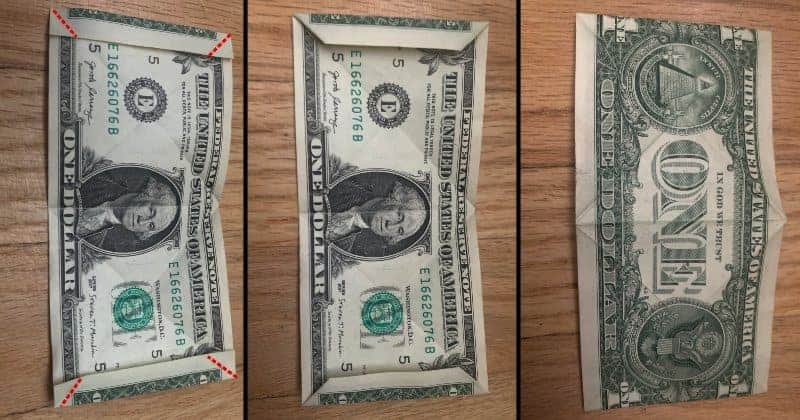 These don’t have to be perfect by any means, just quick and simple folds.

STEP 6: Bring the left and right sides both in to meet the middle line 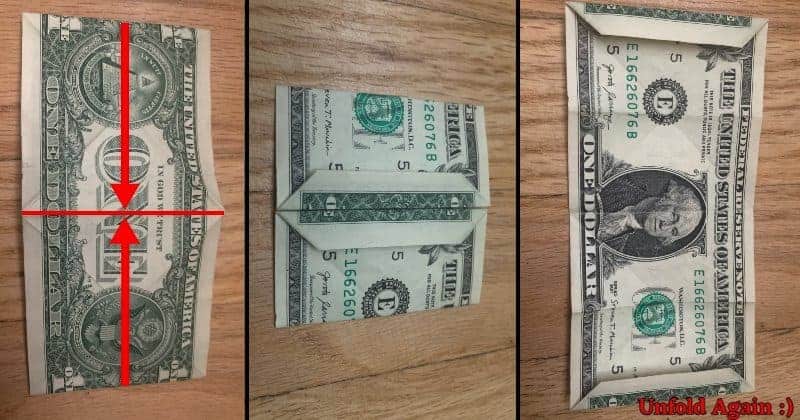 After creasing the edges, you guessed it, unfold once more.

STEP 7: Fold each half into a triangle as shown by pinching the sides 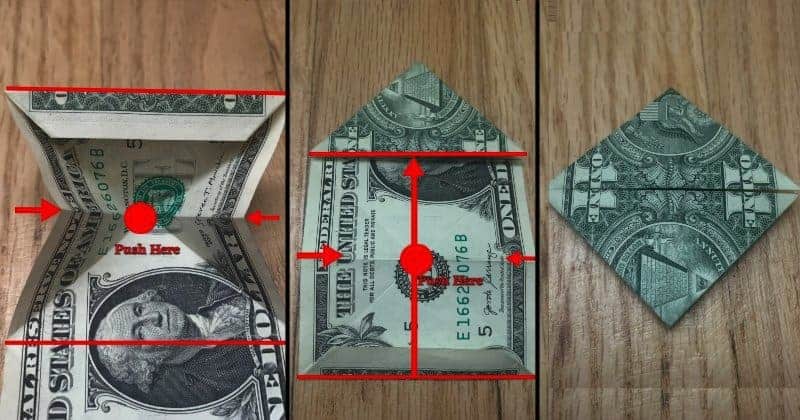 Fold the triangle halves by pushing down in the middle where the lines meet and by squeezing the sides.

Be sure to tuck the previous flaps into the fold.

STEP 8: Fold the four tips from the middle to the other line as shown 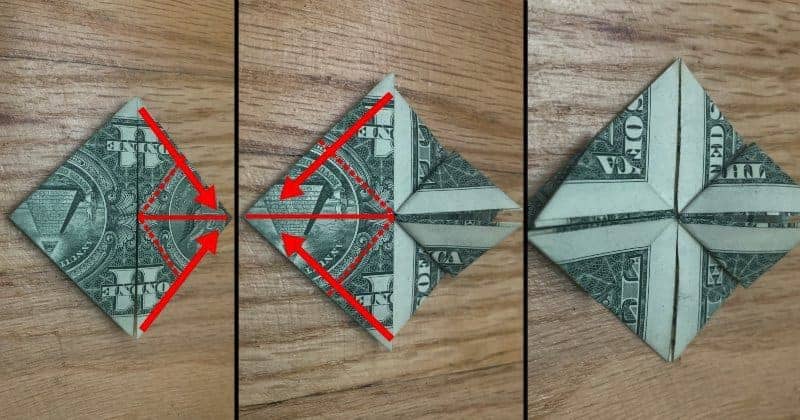 STEP 9: Fold all four middle flaps in half 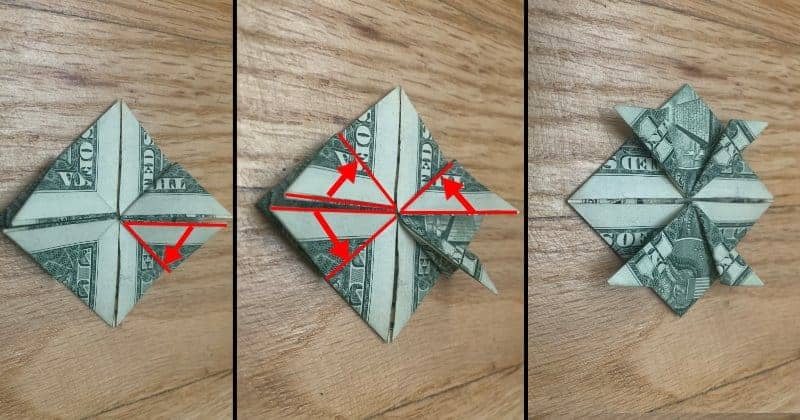 STEP 10: Push the four flaps together to meet in the middle 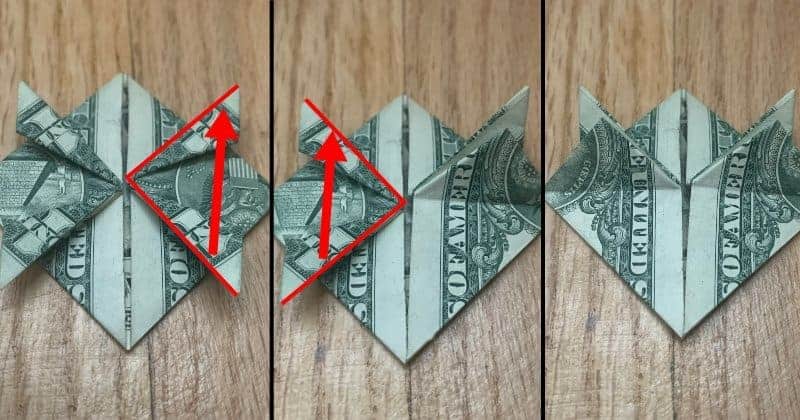 STEP 11: Push the legs one way and fold down the bigger side of the triangle 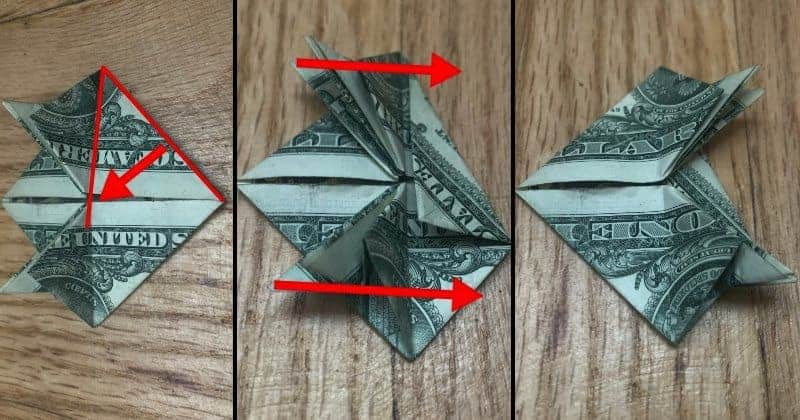 Use the picture as a guide to fold the edge down as shown.

STEP 12: Fold the legs over your last fold and do the same fold on the other side 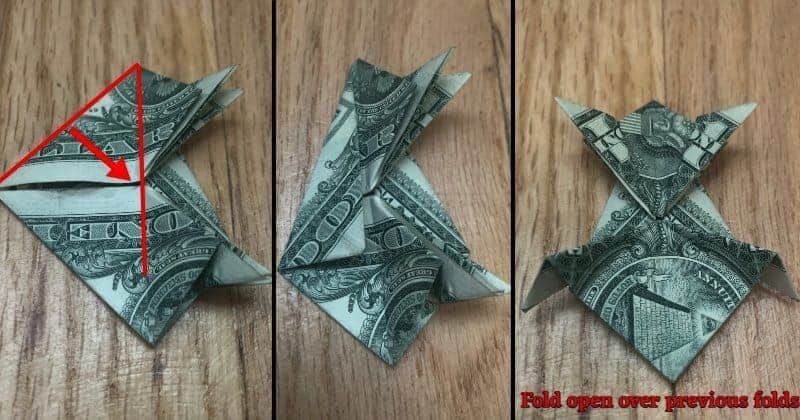 Cover both folds by opening the legs bag up as shown.

STEP 13: Fold the bottom up to the middle, then once more 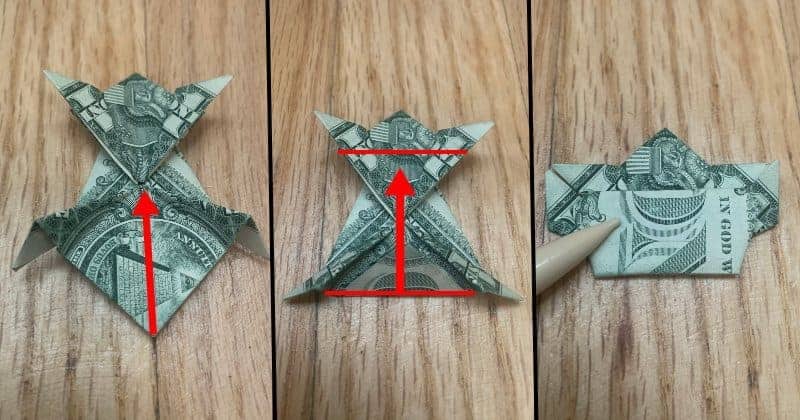 You will know you make the second fold correctly if the legs align, as shown in the right picture.

Make sure to crease after each fold.

STEP 14: Fold the edge of your last one down to meet the bottom 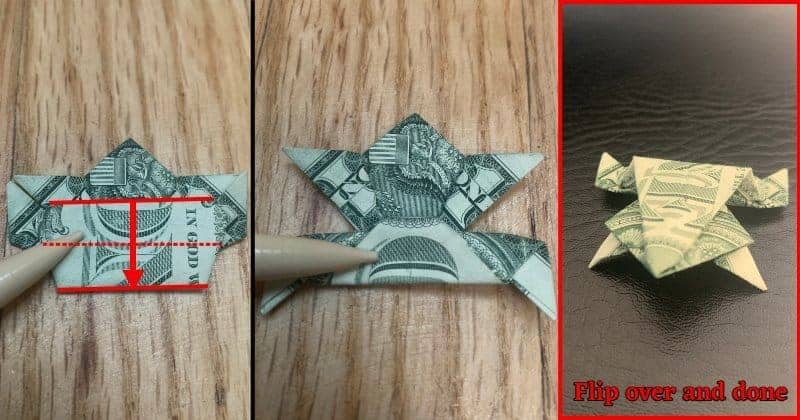 Crease it the best you can and flip it over.

It may need some manual straightening, but you now have your own dollar bill jumping frog.

You may also like these other dollar bill animal guides: