Learn how to make a dollar bill origami hat with this easy-to-follow 8-step folding guide.

This design is based on the traditional origami hat and is one of the easiest dollar models to fold.

Money origami like this is great for quick and creative gifting or tipping.

All you need is a one-dollar bill and about 2-3 minutes to complete this fun craft.

For this money hat, we will start on the back of a one-dollar bill. 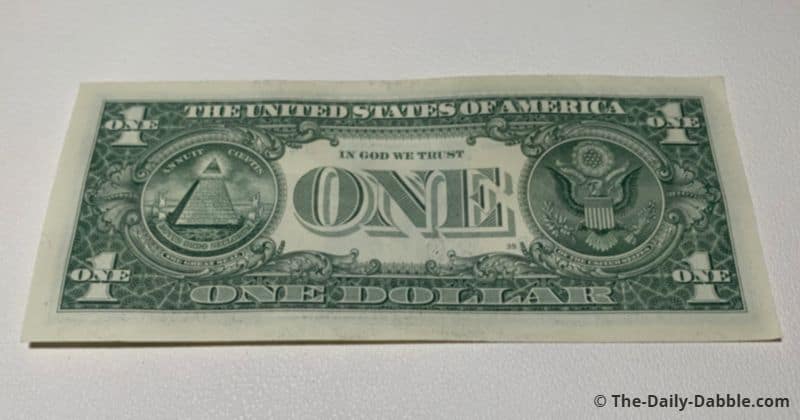 STEP 1: Fold the bill in half widthwise 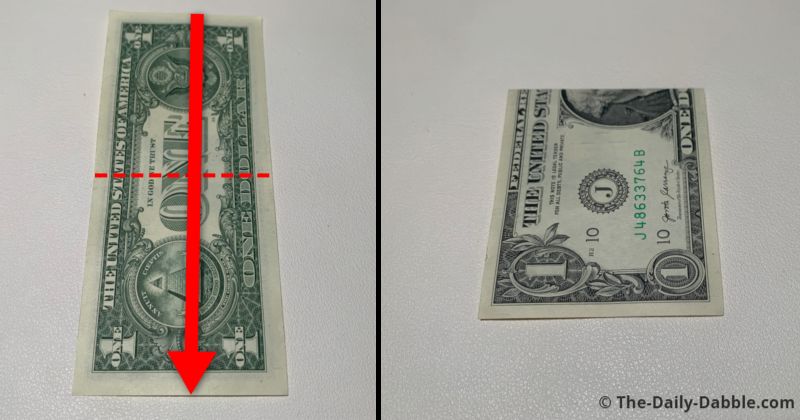 Fold the dollar bill directly in half and crease the edge well.

If you want it to be the same as the one pictured, make sure the pyramid is at the bottom before folding it.

STEP 2: Bring the top edges to meet at the center 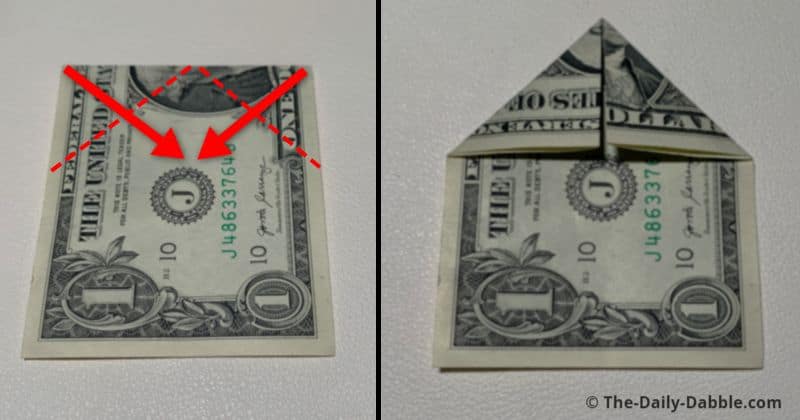 Fold both corners to meet evenly in the center of the bill.

I found it best to fold both corners at the same time so you can match them.

STEP 3: Bring one layer of the bottom to the folded corners 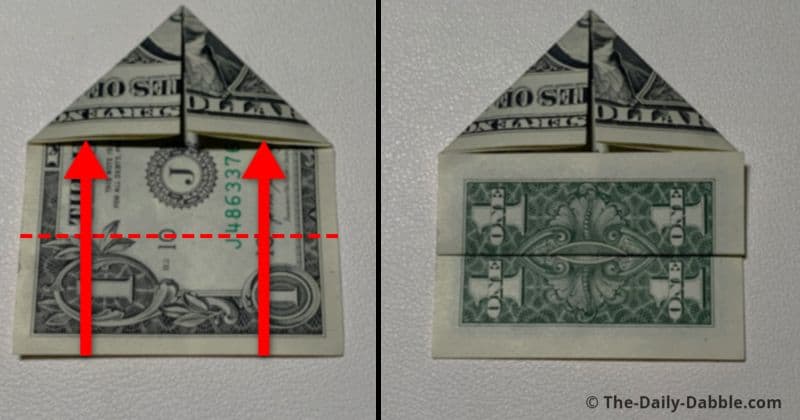 Grab the top layer of the bottom and bring it to meet the lower edges of the triangular part.

Be sure to crease the edges of each fold well after completion.

STEP 4: Flip the bill over and match the bottom layer 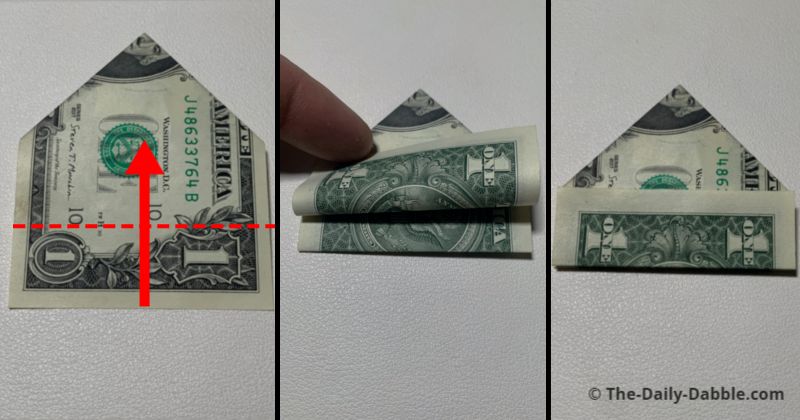 After flipping it over, fold the other layer to match the previous fold.

Match the bottom up before you flatten and crease the edge.

STEP 5: Flip it back over and fold the bottom in half 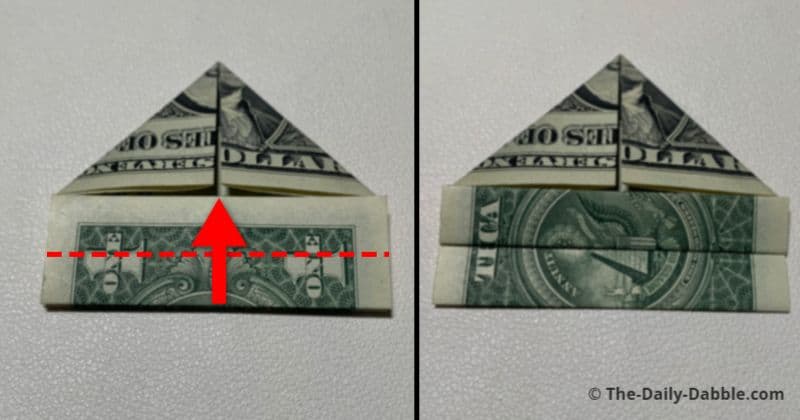 Fold the upper layer of the rectangular part in half to meet the bottom of the triangles.

STEP 6: Match the fold again on the other side 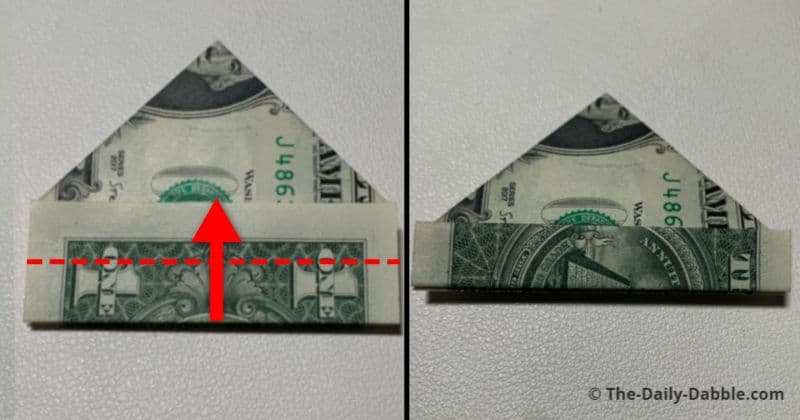 Once you are on this side again, match the fold once more by folding this layer in half.

STEP 7: Fold the rectangular parts up both sides 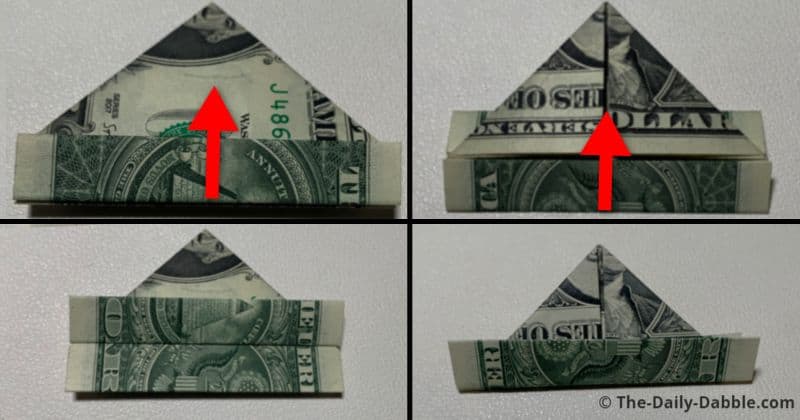 Fold the lower parts up on both sides to finish the last of the hat folds.

We are not folding these in half but rather over and up.

STEP 8: Gently open up the inside of the hat 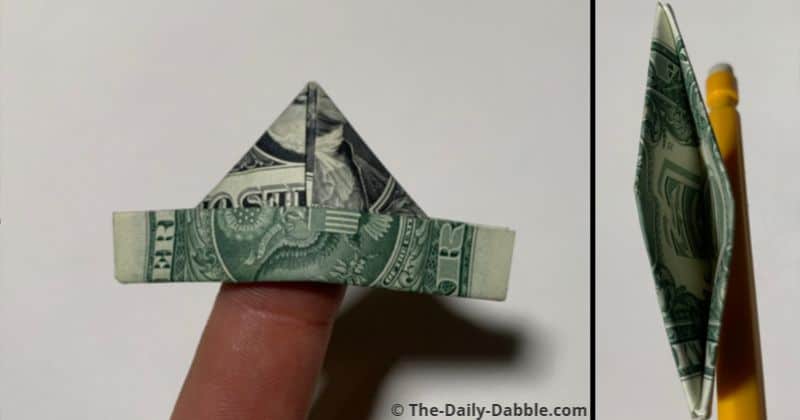 The hat will not stay upright by itself at this point so you will need to open up the inside.

If you do it gently, the folds will remain intact. 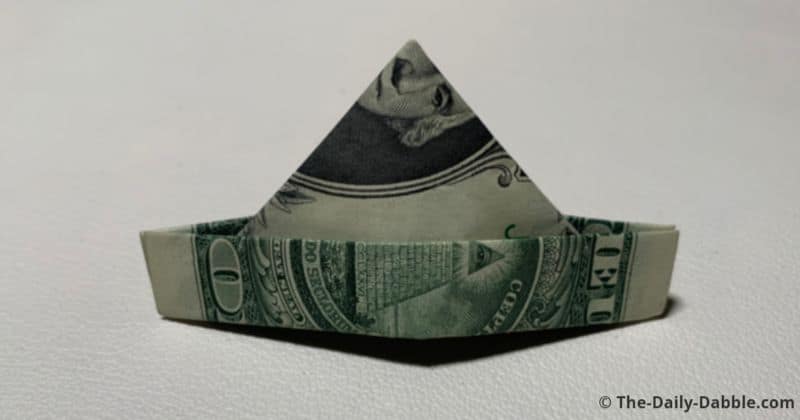 Now you know how to make a super easy money origami hat!

If you liked this tutorial we have tons of money origami folding guides that you may enjoy, like the easy dollar bill sailboat!

You can also practice making these without going through a ton of bills by picking up some paper bills on Amazon.