Like most of the letters, the H is easy and will only take about 5 minutes to learn.

You can find tutorials to spell what you need in our complete money origami letter folding guide.

For this guide, we will start folding on the backside of the bill.

Fold the dollar in half lengthwise to make a nice crease in the middle.

For each crease that is made be sure to press everything down to help keep it flat.

Open the bill back up for the next step.

STEP 2: Fold the lower half twice to the center

Make two even folds using the picture as a reference for the first if needed.

Line the outer edges up evenly and make the second one to the center crease.

STEP 3: Repeat the process on the upper half

Fold twice evenly to the center again pressing both creases after they are made.

The first will go to just over the edge of the words “In God We Trust.”

Like the previous, the second fold will go to the center line.

Next, fold the bill over into one skinny piece and press it down.

STEP 4: Make a fold on the right side 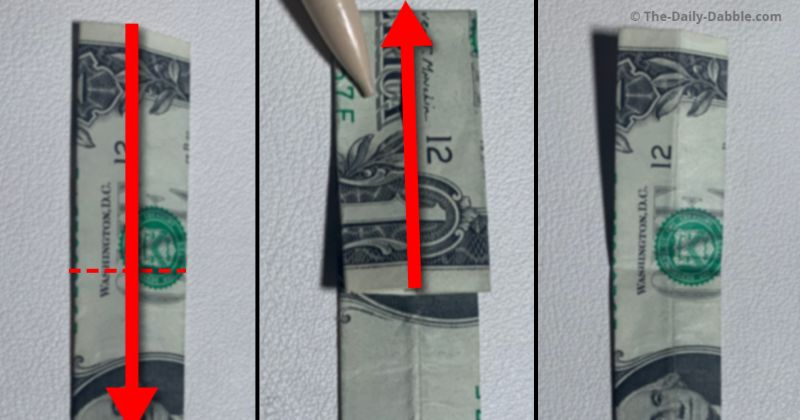 Open the most recent fold and start on the front face of the bill.

Make a fold as shown from the right side towards the center of the bill.

Rubbing the folded edge to make a crease and then unfold it.

STEP 5: Make a pointed fold towards the center 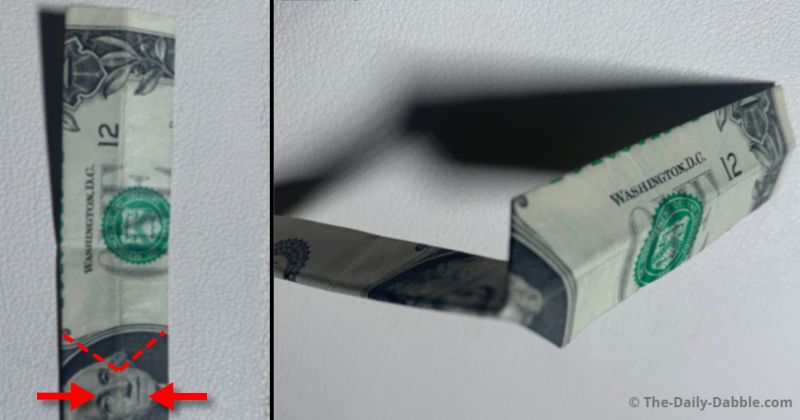 Hold the right side and pinch the center to make two diagonal creases.

Flatten the left side together for now.

STEP 6: Form one side of the H 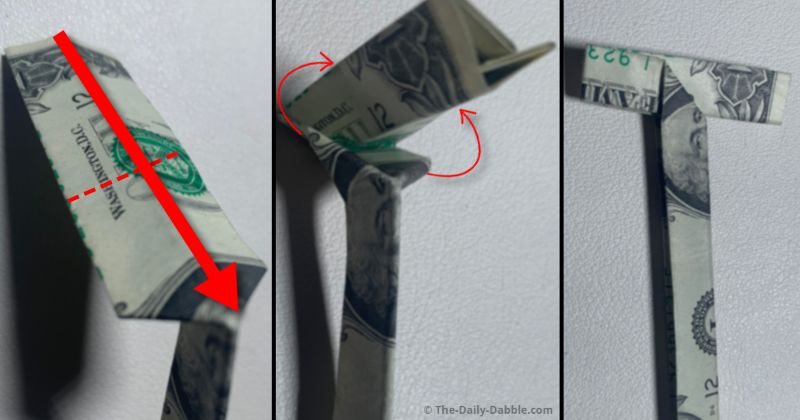 Using the crease made in step four, fold the right side back over to the center.

Close up and flatten that edge upward as shown.

STEP 7: Make a straight crease on the left side 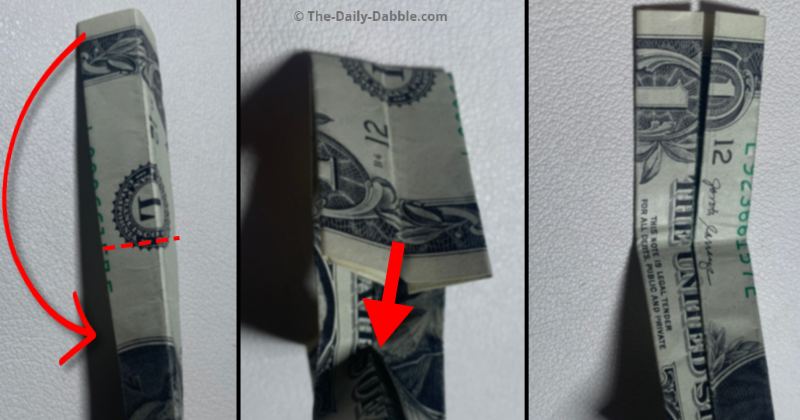 At this point, we are somewhat repeating the process of steps 4-6 on the opposite side.

Make a crease on the left side of the bill.

The fold will go underneath to the non-face side of the bill and to the edge of the point made in step 6.

Unfold this after the edge is pressed hard to form a nice crease. 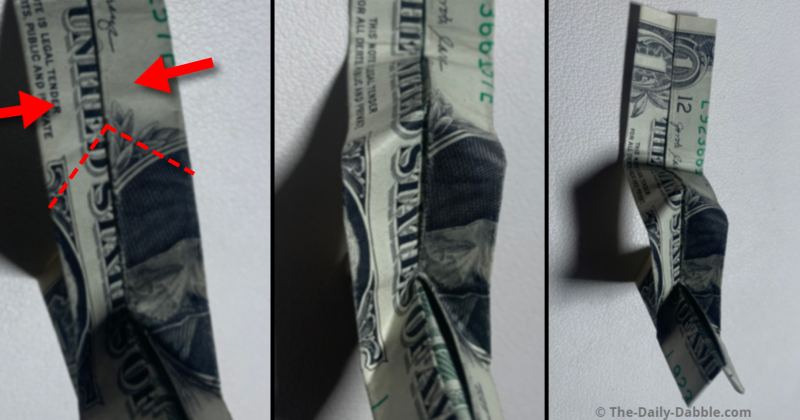 Pinch the side where the last fold was made to make two diagonal creases.

This is just done just like step 5 but on underneath instead as shown.

STEP 9: Close it up and finish shaping 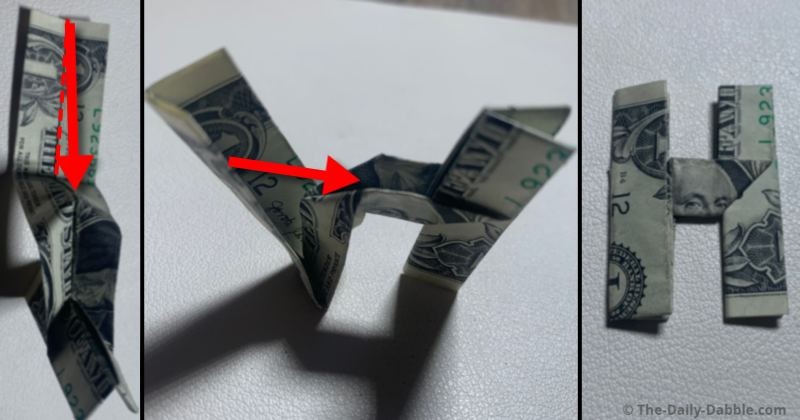 Bring the unfold side up and close it up to finish shaping the letter H.

Everything might not perfectly straight and symmetrical but adjustments can be made.

Straighten things up and put the dollar under something heavy for a while to help flatten it.

Now you know how to make an easy money origami letter H!

NEXT: Dollar Bill Origami Letter I