Use this detailed guide to fold a dollar into an origami letter X.

With this, you can start to create a unique message with cash for a tip or for a cool gift.

This is a 7-step money folding tutorial that is not too hard for beginners and takes about 5 minutes to follow. 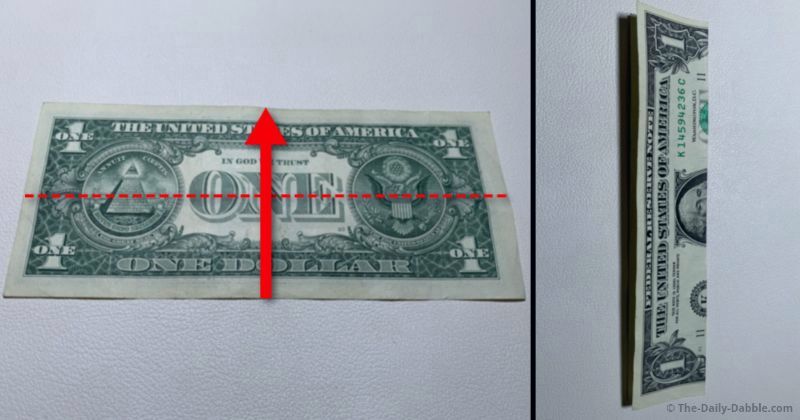 We will start on the backside of a one-dollar bill for this tutorial.

The first step is to simply fold it in half to make a lengthwise crease in the center.

Once the edge of the fold is rubbed well, unfold this for the next step.

STEP 2: Fold the lower half twice 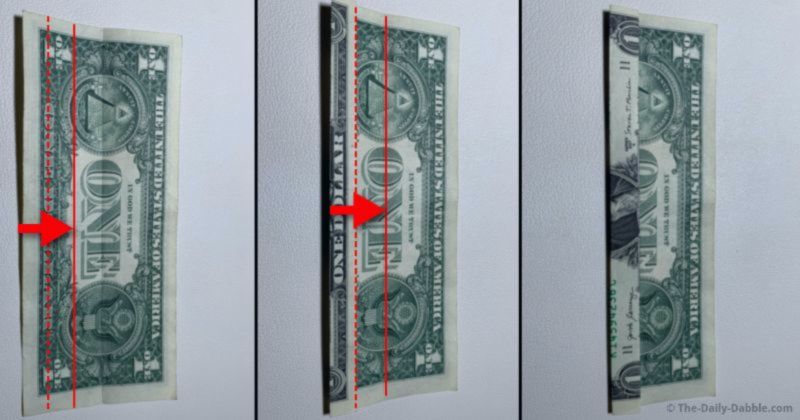 Make two lengthwise folds to the center crease made in step one.

The solid line shows about where to make the first fold in order to keep it even.

Make the second fold to the middle crease line.

STEP 3: Repeat these folds on the other half 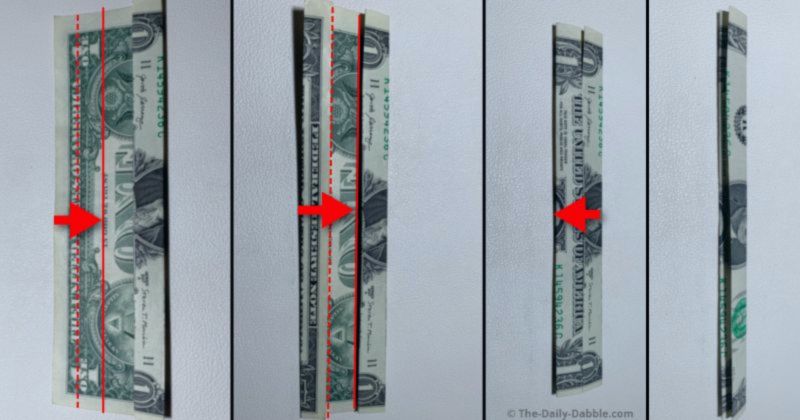 On the opposite half, make another two even folds to the middle.

Rub the edges of each fold to keep the project flat and make it easier to shape later.

Fold it over into one skinny section to press it flat and then open up this last fold.

STEP 4: Fold one left section over and under 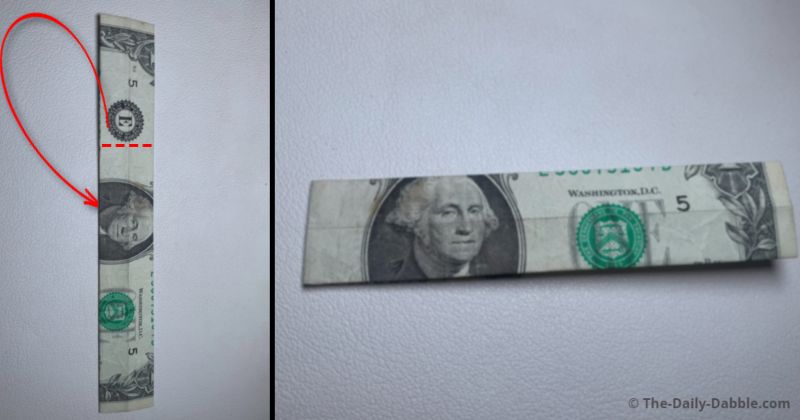 On the left side, fold a section straight over to create the crease.

Once this is done, open this up and flip it over for the next step.

STEP 5: Make a pointed crease near the center 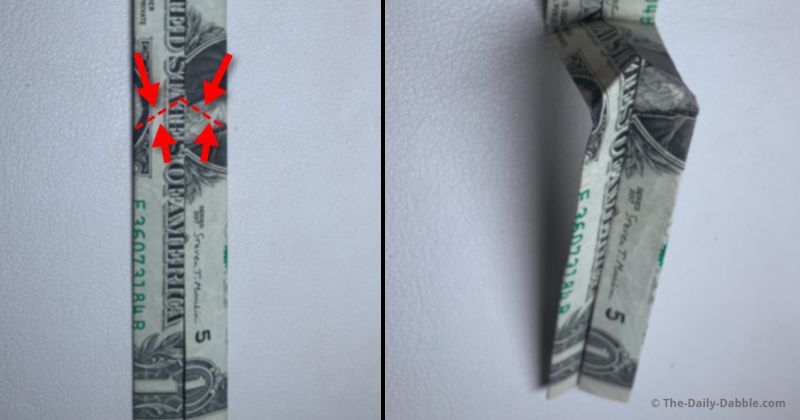 Pinch with both hands to make this crease pointed to the left.

Work the angle of the creases to match the pictures as well as you can before making them permanent.

STEP 6: Close the bill using all made creases 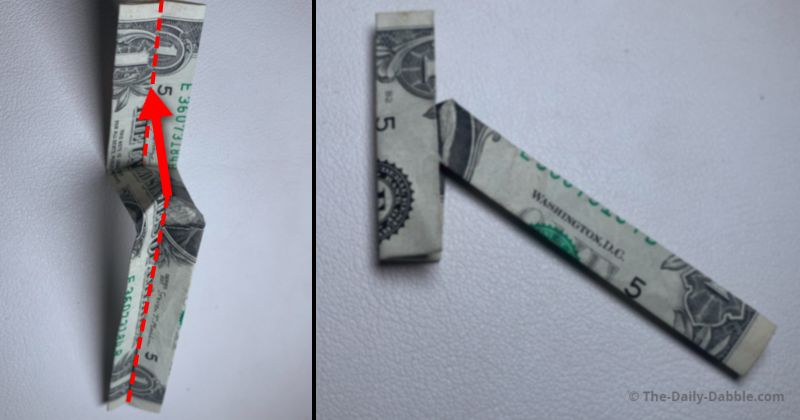 Bring the pointed crease to touch the smaller left side before closing the bill as shown.

Use the very center crease made in step one to finish closing it.

STEP 7: Fold the dollar in half lengthwise 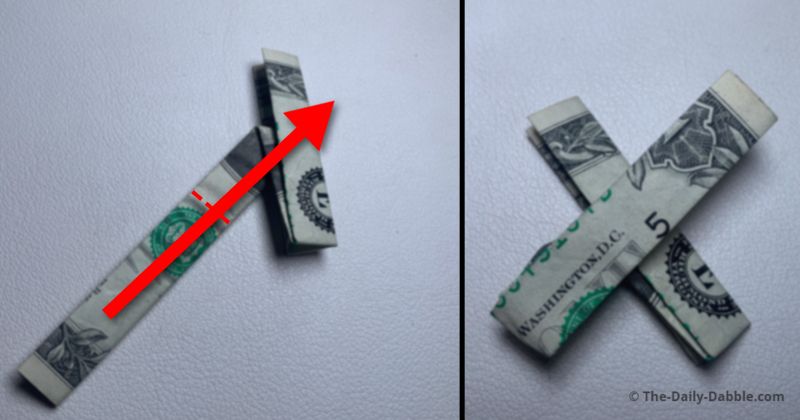 Start by flipping the bill over to match what is seen in the left picture.

Focus on making the X lines even as you fold the longer side over to complete the shaping.

Lastly, you can make adjustments to get it even and tuck in some of the parts that are showing.

Putting the letter under some heavy books for a bit can make it a bit easier to work with. 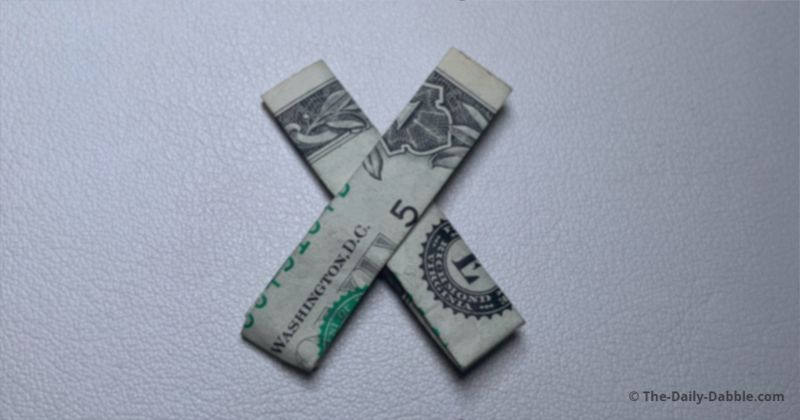 Now you know how to fold an easy money origami letter X!