Learn how to fold a dollar bill money origami sailboat with this quick and easy guide.

This is an easy difficulty tutorial and should be foldable in less than 10 minutes!

If you want to practice without wasting all your fresh and crisp dollar bills, consider picking up some fake money. It’s cheap and will let you fold hundreds of creations without the need of begging your local bank for all their nice bills! Here is our favorite fake money for origami.

For this sailboat, we will start on the backside of a one-dollar bill. 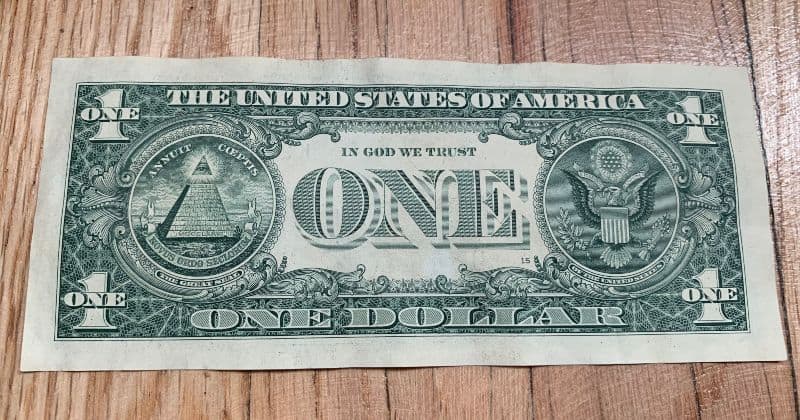 STEP 1: Fold the bill in half from left to right 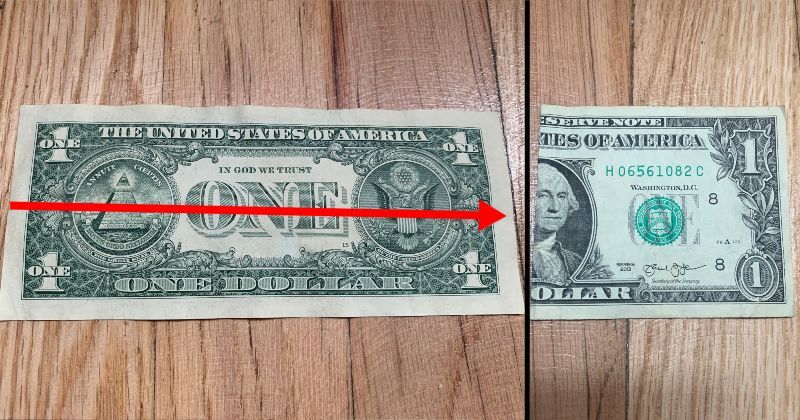 After the fold is made, crease the bill in the middle and then unfold it.

STEP 2: Fold the top corners down to meet the bottom edge 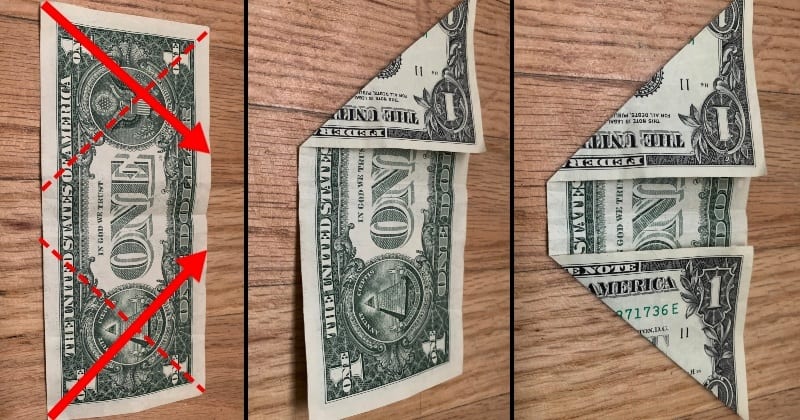 You are folding the left and right sides to match the bottom edge of the bill.

STEP 3: Fold the right bottom tip to meet the inside corner 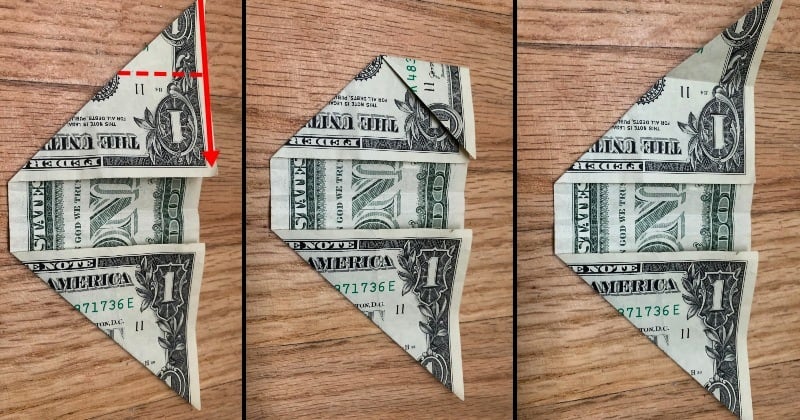 Once you crease it well, you can unfold it and flip the bill over.

STEP 4: Fold both bottom edges up to meet the middle crease 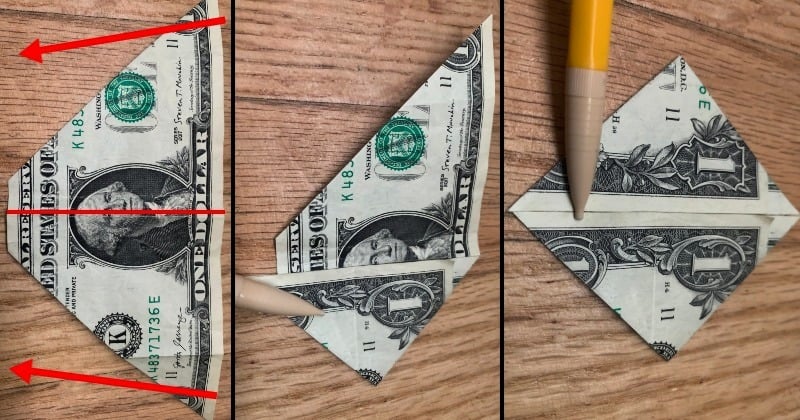 Make sure to crease all the folds well.

STEP 5: Unfold the left flap and fold it twice 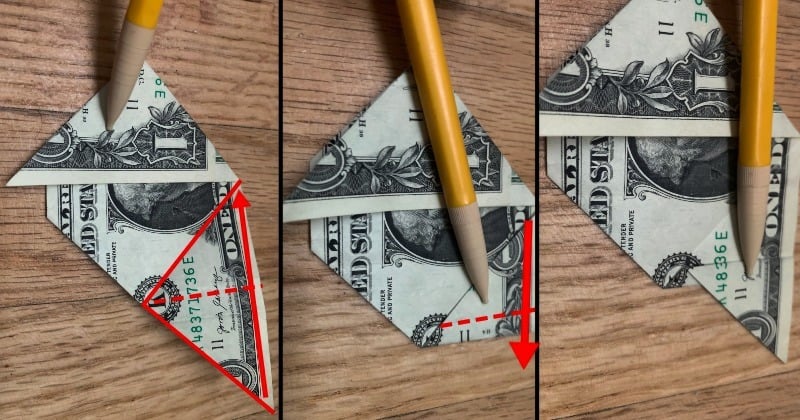 First, you basically fold the triangle in half from left to right.

Then fold it back down over itself on the crease that is shown.

STEP 6: Fold the whole flap up, then fold the right tip 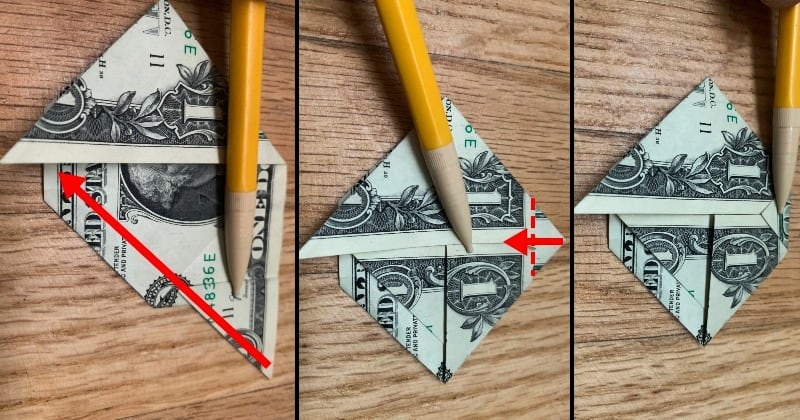 You will fold the left flap up to meet the middle crease.

Then fold the right little tip over as shown.

When you are done, flip the dollar bill over.

STEP 7: Fold the bill in half and finish shaping 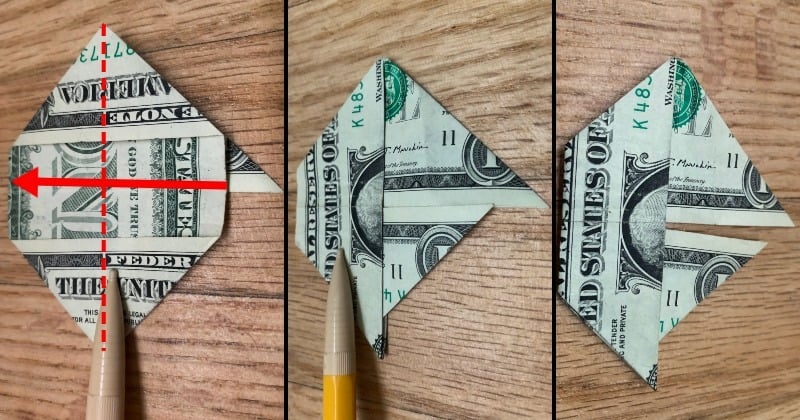 Once you have folded it in half from right to left, as shown, you have a boat.

From here on, the final shaping is, of course, your choice.

I chose to fold the boat’s base behind somewhat and pull the sails apart a bit.

You can also fold the left sail over itself just a little bit for even more detail. 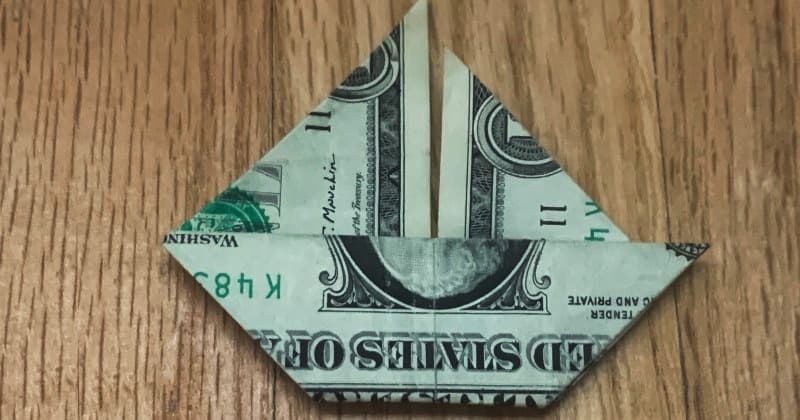 We hope you enjoyed making this dollar bill sailboat!