How to Fold a Dollar Bill Origami Skull

Let’s go through exactly how to make a dollar bill origami skull with the help of detailed pictures for each step.

This tutorial is doable even if you haven’t attempted folding money origami before.

I would say this is a beginner-level project with a few intermediate folds in the middle. It will take about 5-10 minutes to complete.

When you are done it will make a great gift for that spooky friend, and goes great with our money origami bat as a unique Halloween gift!

For this dollar skull, we will start on the back side of a one-dollar bill. 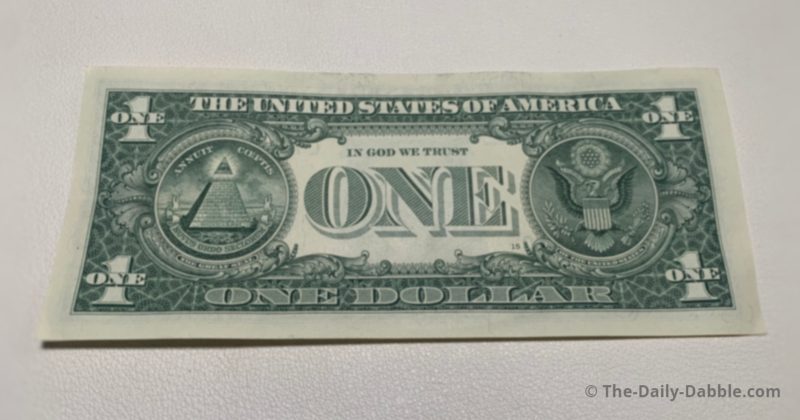 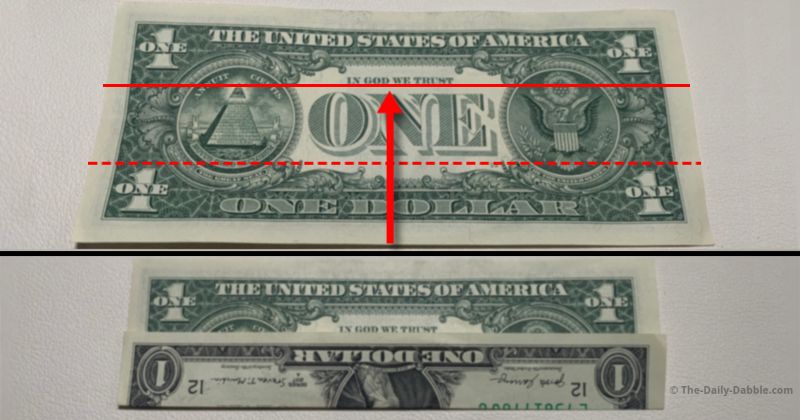 Bring the lower edge up to the bottom of the words “IN GOD WE TRUST”, and crease the edge.

STEP 2: Fold the right side of the bill over 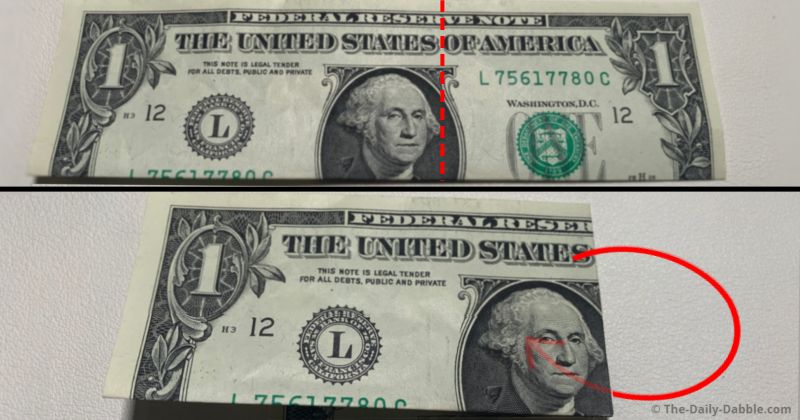 Fold the right side of the bill underneath, making the crease at the edge of George Washington’s hair.

Unfold this step after the crease is made.

STEP 3: Repeat the process on the left side 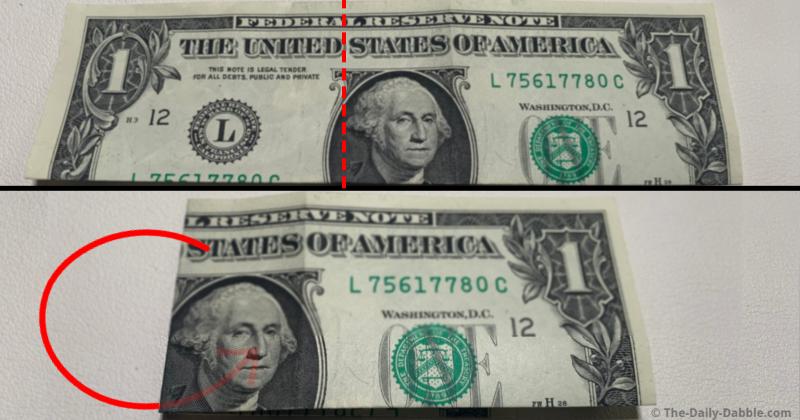 Fold the left side of the bill underneath, with the crease being made at the left edge of George Washington’s hair.

Unfold this step as well, and after the crease is made, flip the bill over. 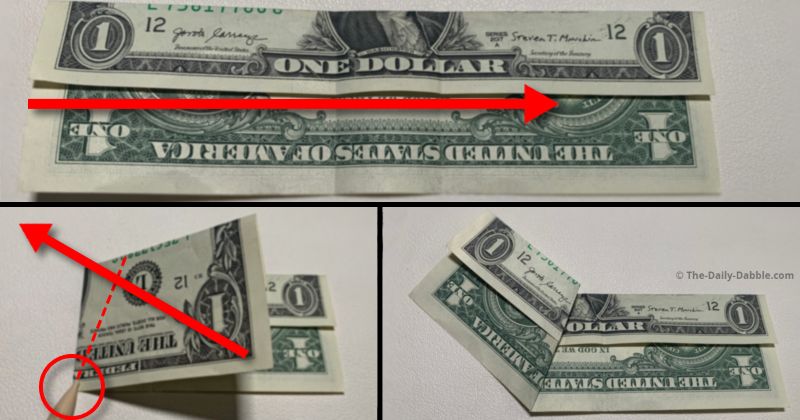 Steps 4 and five are the harder ones, but really aren’t that bad.

Start by bringing the left side over using the leftmost crease. Next, use your finger to hold the bottom left corner a bit while you fold diagonally left and up.

Use the pictures as a reference for exacts, but it doesn’t have to be perfect.

STEP 5: Make a similar fold on the opposite side 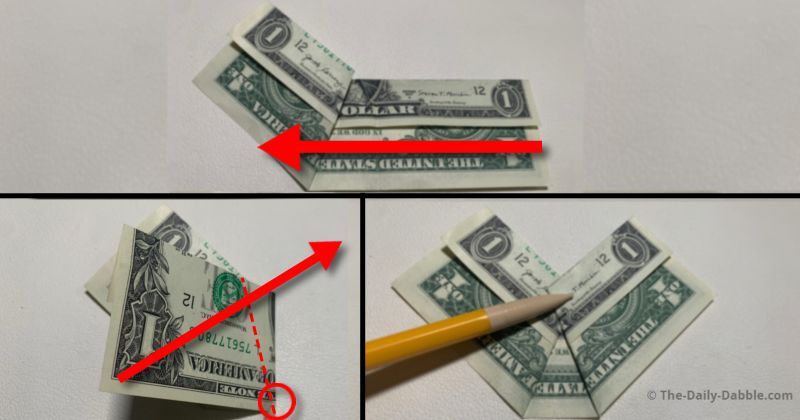 Bring the right side over first, and then make a diagonal crease in the same way as the previous step.

For reference, the letters T-A-T-E will be visible in the lower triangle, as well as the smaller word “we”.

Make sure everything looks as even as possible and the folded edge is pressed well.

STEP 6: Fold the left section up to the word “STATES 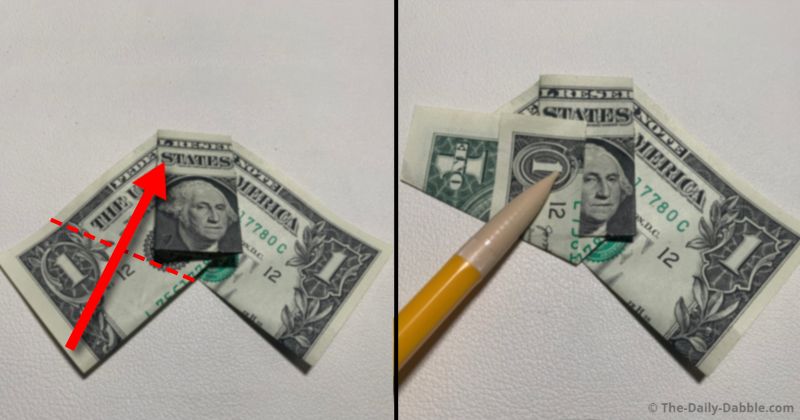 Bring the edge of the left portion to match the bottom of the word “STATES”.

Make the edge nearest George Washington’s face as straight up and down as you can.

STEP 7: Mirror the previous fold with the right side 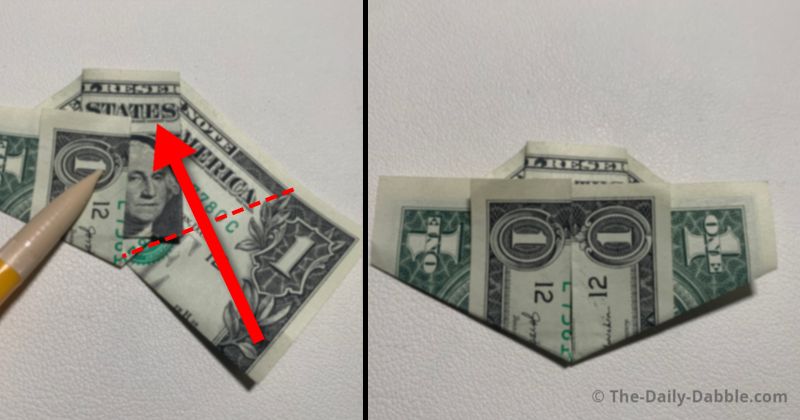 Bring the right portion of the bill up to match the left evenly.

Crease the folded edge before the next step.

STEP 8: Flip the bill over and fold the right edge diagonally 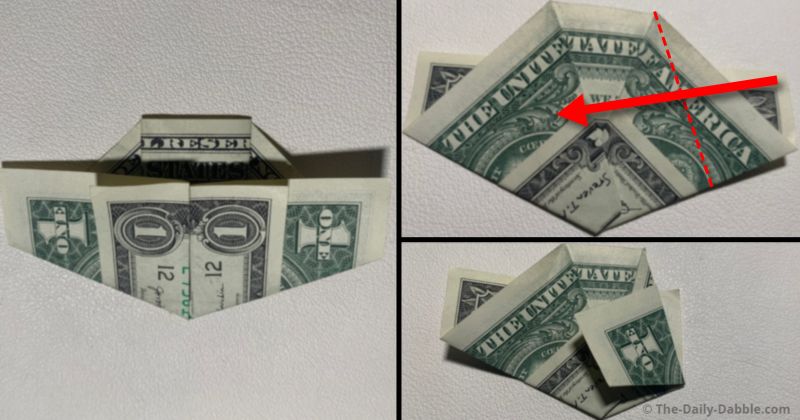 This fold is shaping the face of the skull, and there will be just a bit of this fold showing on the front as seen in the next step.

STEP 9: Repeat the fold on the left side 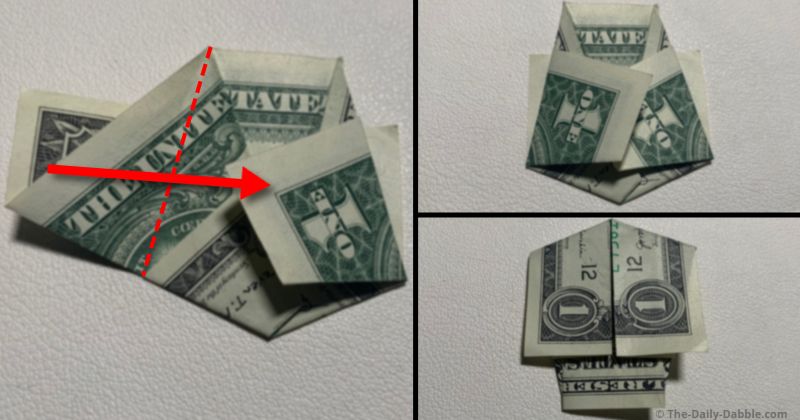 Fold the left side over diagonally, while making sure everything stays even on the front side.

STEP 10: Fold the four corners beneath the eyes 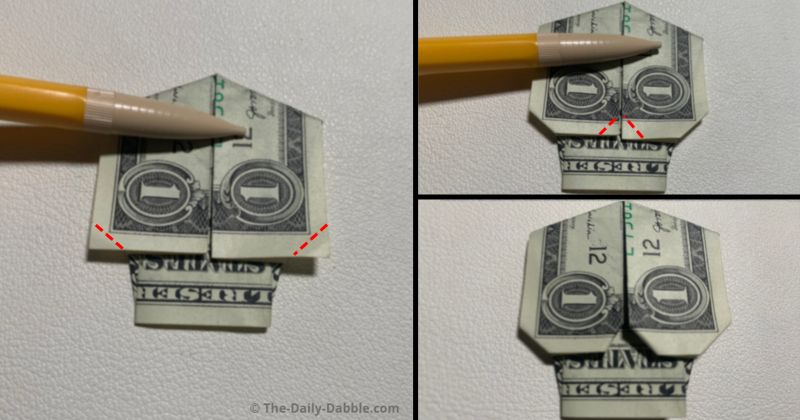 Start shaping below the eyes by folding the four corners behind.

The goal is to make everything look as even and symmetrical as possible. 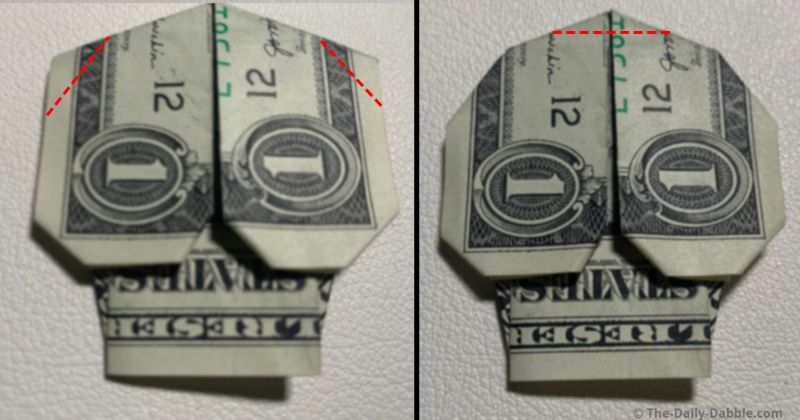 Start by making two diagonal folds on the upper points of the skull.

Finish the shaping by bolding the upper center point behind. 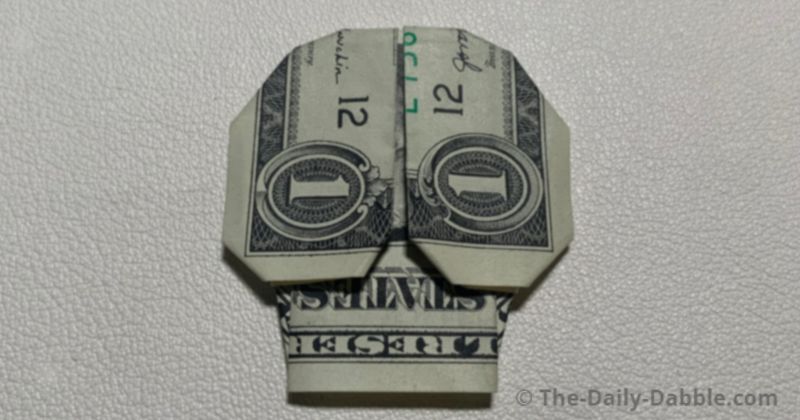 Now you know how to make a money origami skull!

Check out these money origami folding guides to go with the skull: