How to Make a Dollar Bill Origami Sock (Christmas Stocking)

Make your own money origami sock with this detailed dollar folding tutorial.

This craft makes a great Christmas stocking stuffer or just a fun gift in general.

It will take about 5 minutes to complete this guide which is mostly a beginner-level project.

You may also like these other money origami clothing guides:

For this dollar sock, we will start on the back side of a one-dollar bill.

STEP 1: Start by folding it in half widthwise 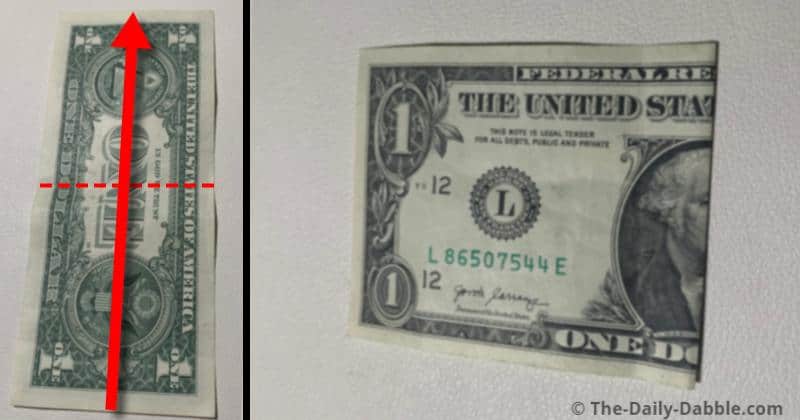 Fold the bill in half, make a nice crease, and then unfold it.

STEP 2: Fold the bottom to the crease and then the top 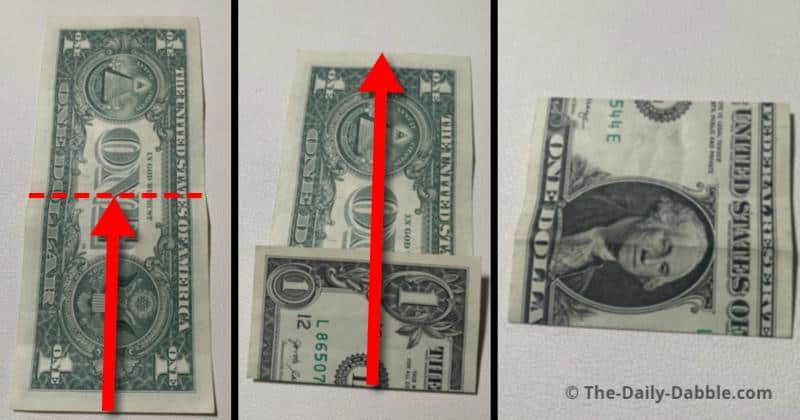 Fold the bottom to the middle line and crease the bottom.

Then bring that bottom to the top and crease the bottom again.

STEP 3: Flip it over and fold the top down a bit 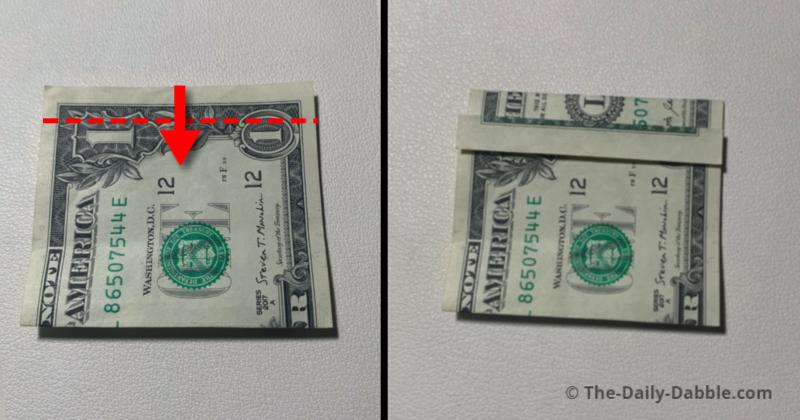 Bring the top of the upper layer down just a bit as shown.

This will be the top portion of the sock, or stocking, and could be adjusted later if needed.

STEP 4: Flip it over and make a diagonal fold 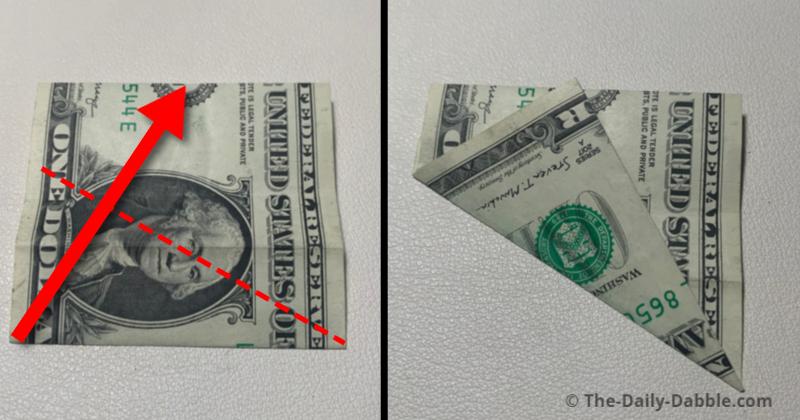 Be sure to rub the edge to make a good crease.

STEP 5: Repeat the step with the other corner 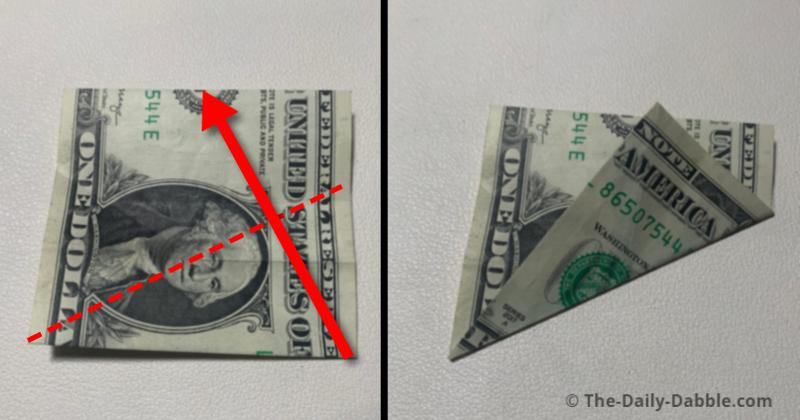 Unfold the previous step and fold the opposite bottom corner up just like the last.

Again, make sure to crease this edge very well.

STEP 6: Partially unfold and then fold in half lengthwise 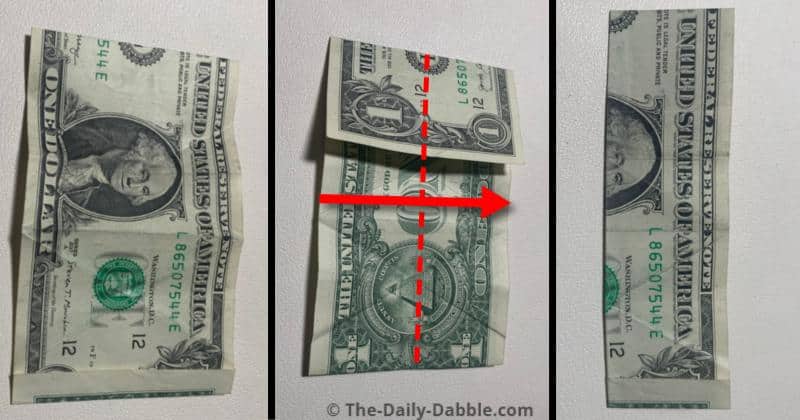 Unfold the previous step, and then the back lower half of the bill as well.

Flip it over and then fold it in half lengthwise.

Unfold the bill after the crease is made.

STEP 7: Use the creases to push the bill together 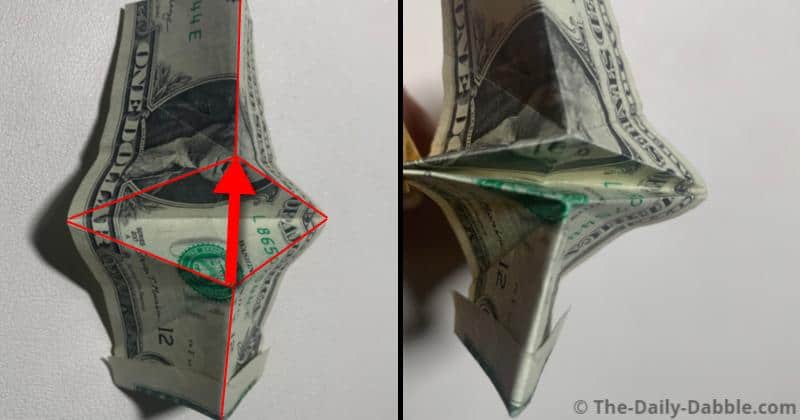 Use the crease made in steps 4-6 to make this fold.

As you start to fold the bill in half, push the center of the diamond portion down.

Lastly, push the formed points together.

STEP 8: Make the sock shape by flattening it 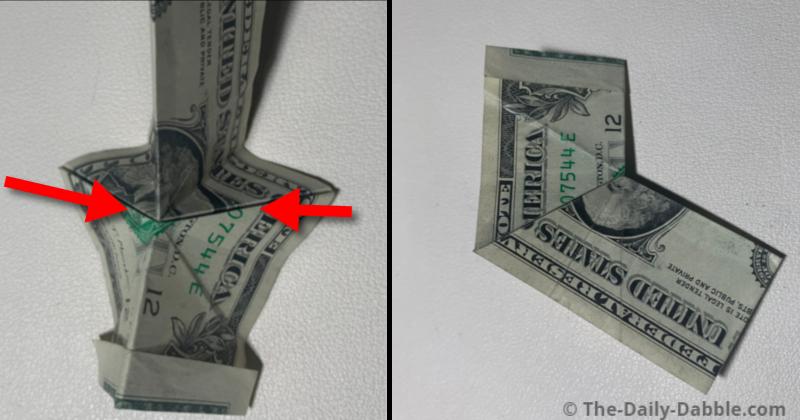 Once you get the points together, push the sides inward evenly.

This will flatten the bill into the general sock shape. 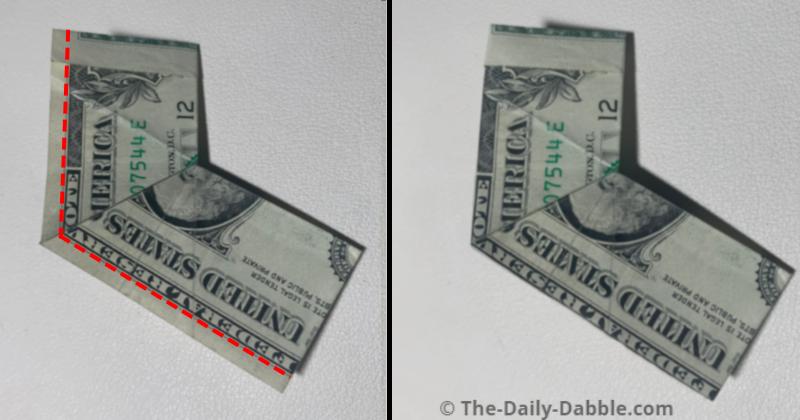 Used the black border as a guide to evenly fold the edges over the backside.

This will hold the sock together. 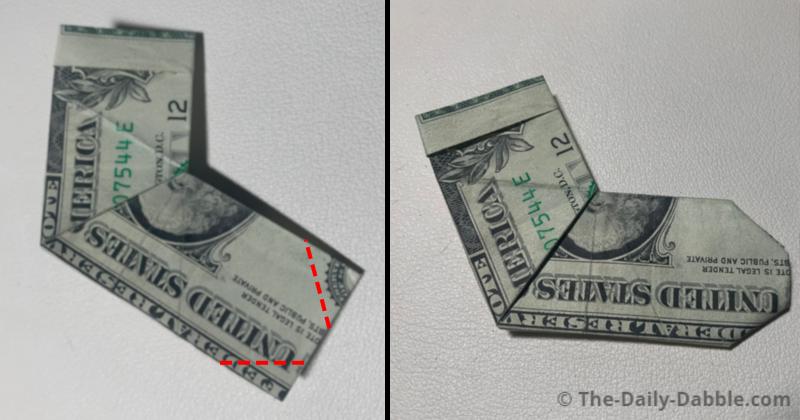 Shape the toe end of the sock by making two diagonal folds.

Now the money sock is done!

If you liked this guide and are looking for something else to fold, check out the dollar bill shirt and tie.