Learn to fold a 5 or 6-pointed money origami star from one-dollar bills with this step-by-step guide.

This is a beginner-level fold that looks harder to fold than it actually is.

You are making the same folds on all of the bills, so it takes time but is not super difficult.

This fold will require 5 or 6 one-dollar bills depending on how many points you want. 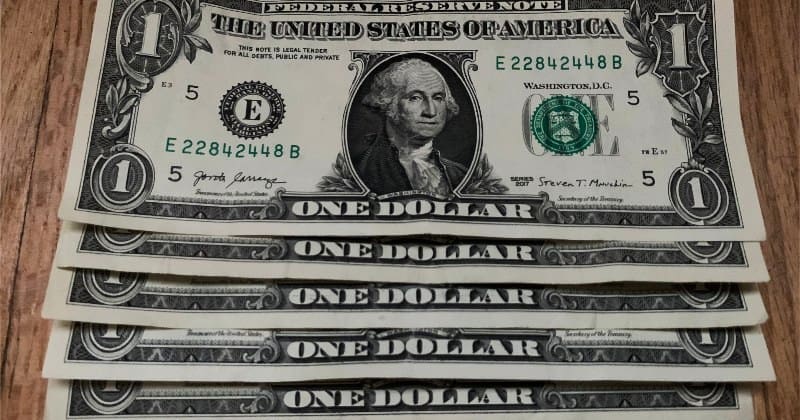 You can always make a 5 pointed star and easily add another point to it later.

We will start on the front side of the first one-dollar bill. 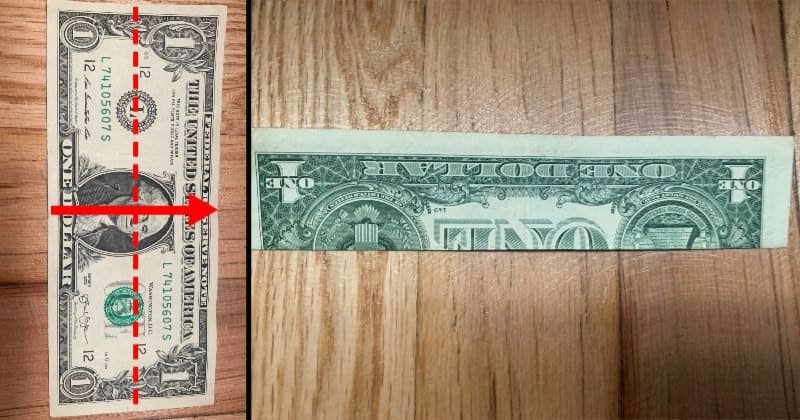 Once you have made the crease, you can unfold it.

STEP 2: On the right side, fold the corners to the middle crease 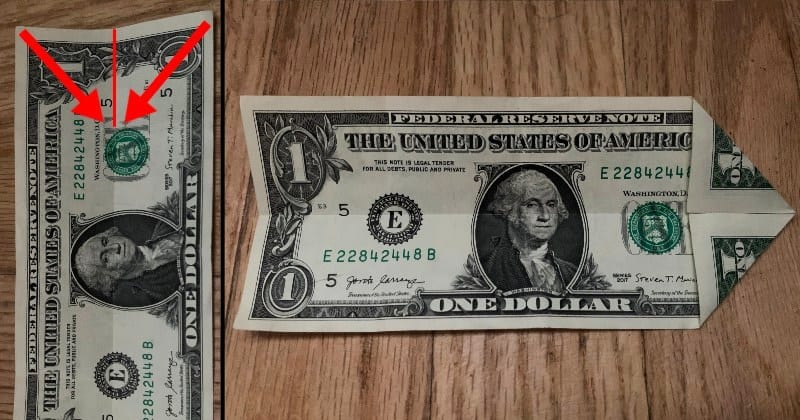 Fold it paper airplane style with the tips meeting the middle crease.

STEP 3: Fold the top tip down to the line shown 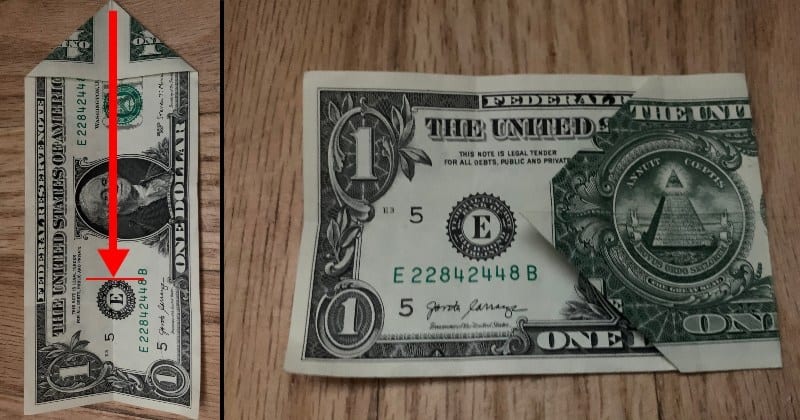 Bring the top tip down to where it’s barely touching the circle around the letter.

You can flip the bill over after you crease it.

STEP 4: Fold the top corners to the middle crease 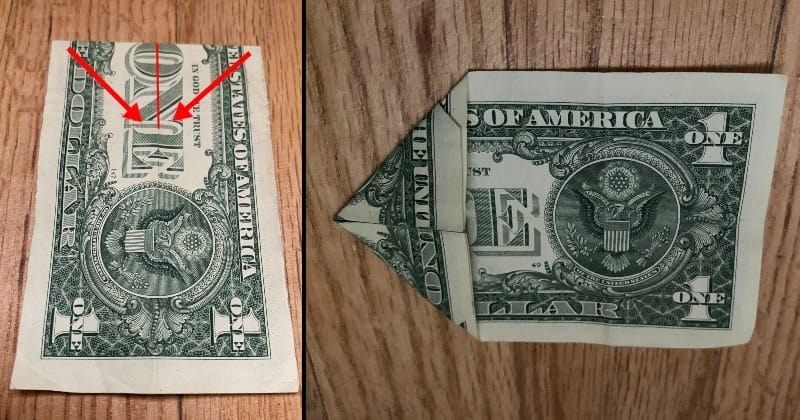 On this side, fold it to the middle crease to make a point.

STEP 5: Fold the corners to the middle crease again 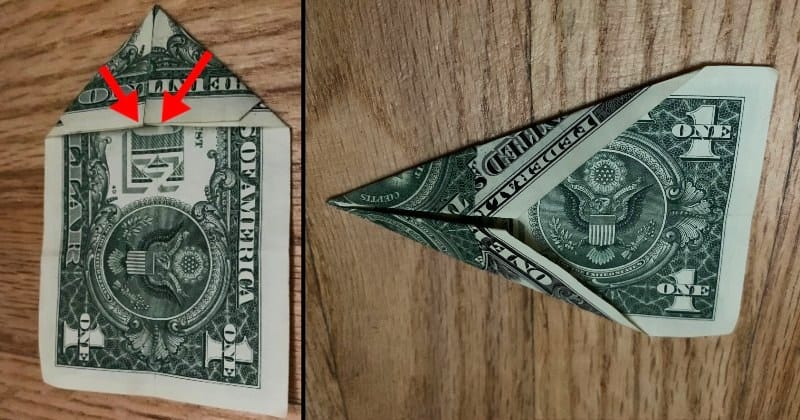 Once you have creased it again, you will flip it over.

STEP 6: Fold the flat edge under the diamond point 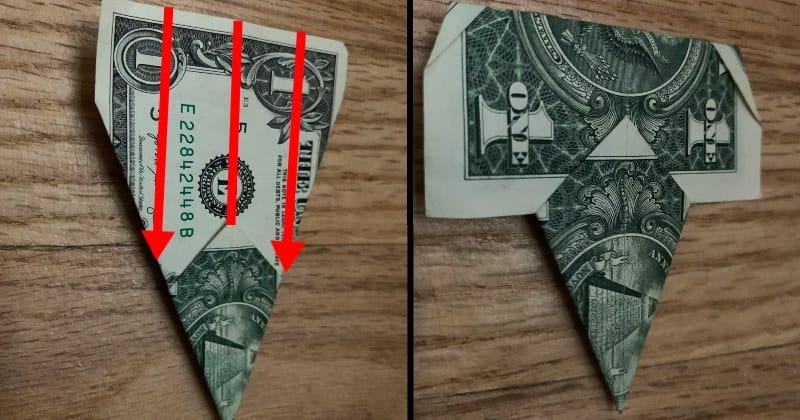 Simply bring it down as far as you can under the diamond point.

STEP 7: Fold the bill in half under point twice 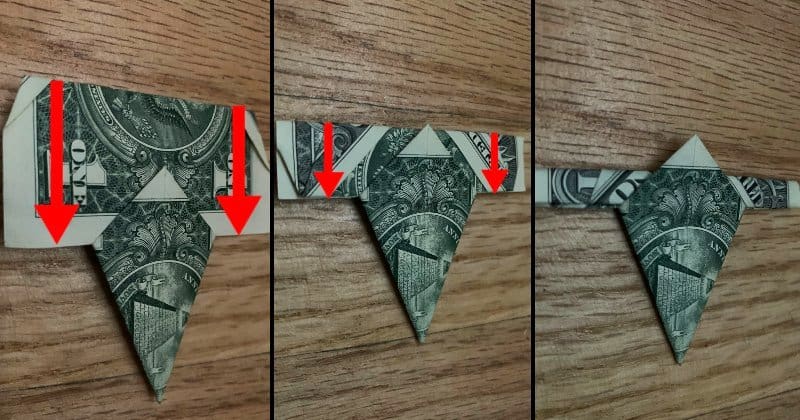 STEP 8: Repeat steps 1-7 until you have at least 5 points 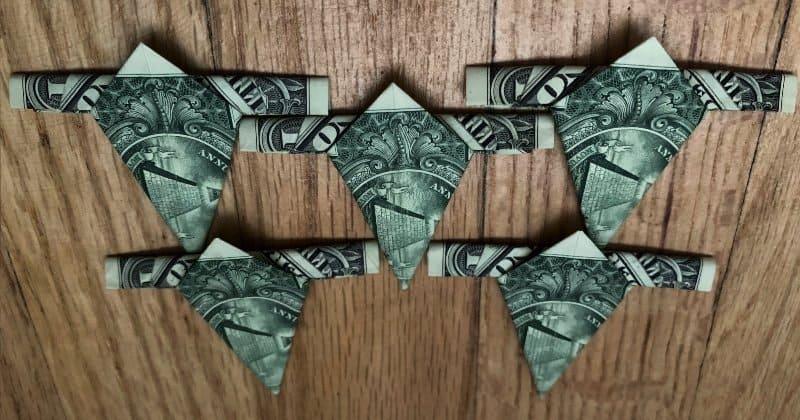 Once you have five or six points made, you can start to put the star together.

STEP 9: Assemble the pieces into the star 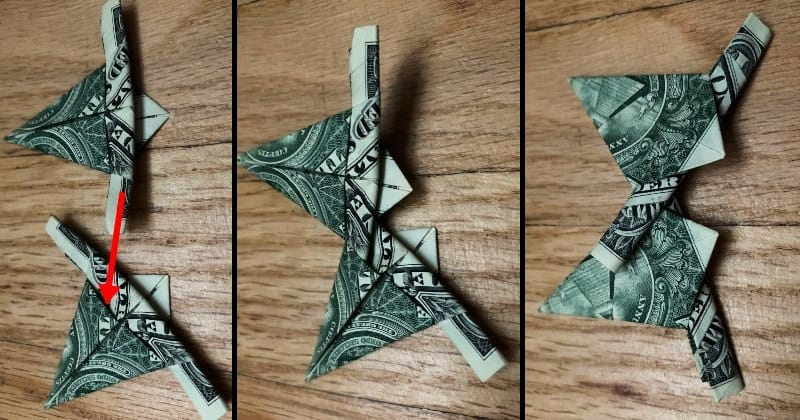 Start with two folded points on the non-pyramid side.

Simply slide one of the flaps in the pocket as shown and then flip them both over. 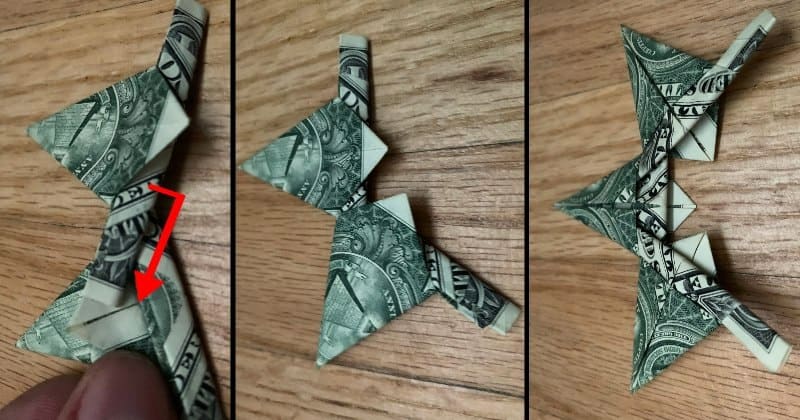 At this point, you can lift up the diamond part so that you can insert the other flap in.

It will take a little wiggling and bending, but it is pretty easy once you figure it out. 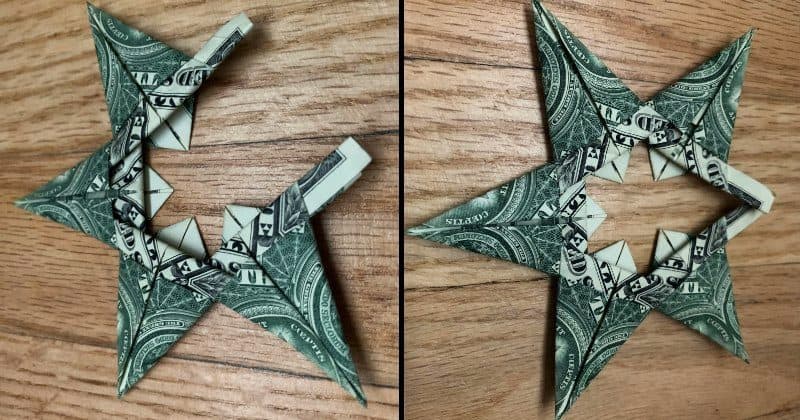 Repeat the process until you have 5 or 6 points attached based on your preference. 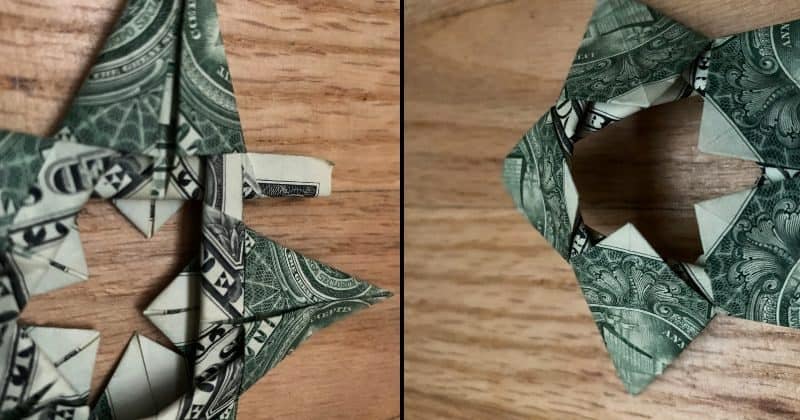 The last two connections will be the hardest, but it is the exact same style you did the rest.

Just partially put one flap in and bend and twist them until you can slide them both in. 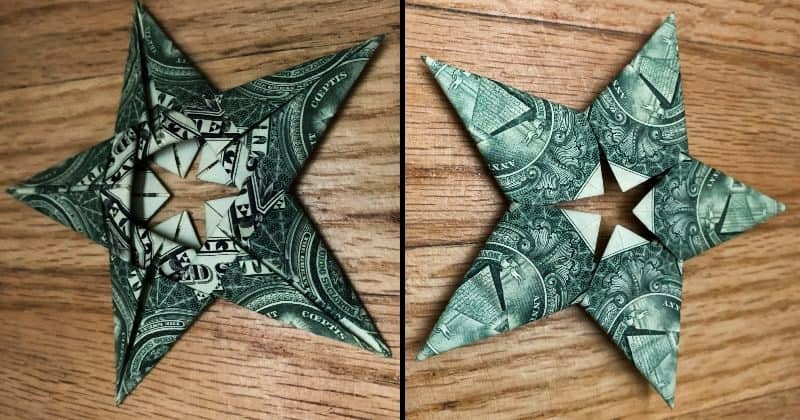 Now you know how to fold a dollar into a money origami star! 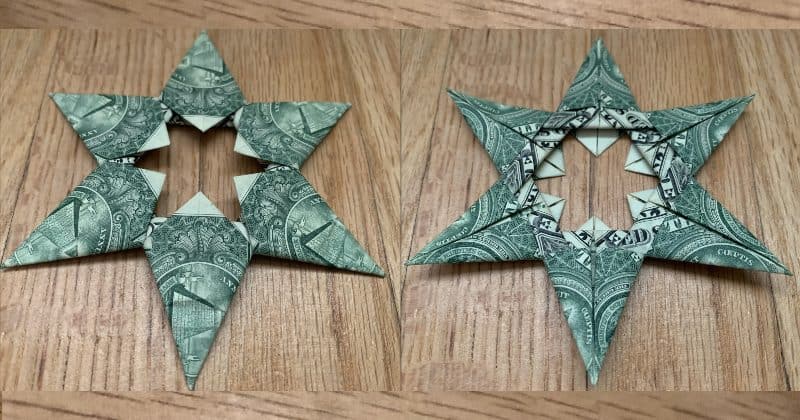