Learn how to fold an easy dollar bill money origami tree with this detailed guide.

With some stickers, you could even turn this into a little money Christmas tree!

This is an easy fold for beginners and should be foldable in under 10 minutes!

If you want to practice without wasting all your fresh and crisp dollar bills, consider picking up some fake money. It's cheap and will let you fold hundreds of creations without the need of begging your local bank for all their nice bills! Here is our favorite fake money for origami.

For this tree, we will start on the front side of a one-dollar bill. 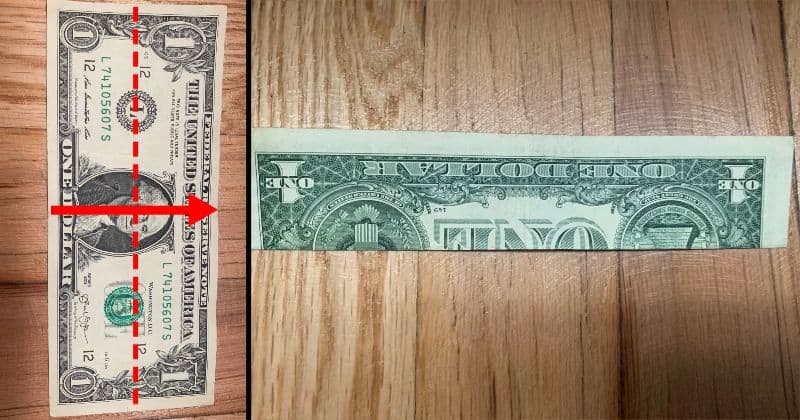 Crease the bill in half and then unfold it.

STEP 2: Fold the corners of the left side to meet the crease 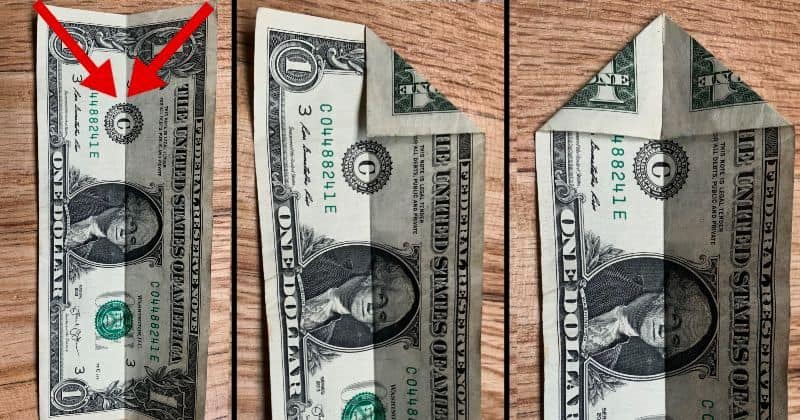 STEP 3: Fold the corners down again to meet the crease 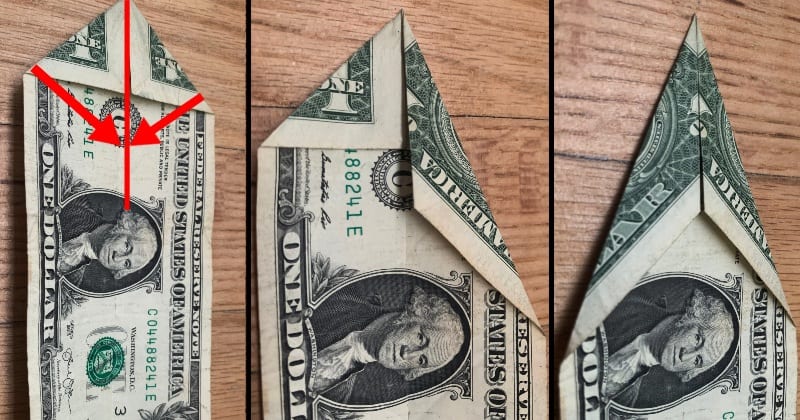 Make sure to crease the folds well once again.

STEP 4: Fold the point down to meet the other flat edge 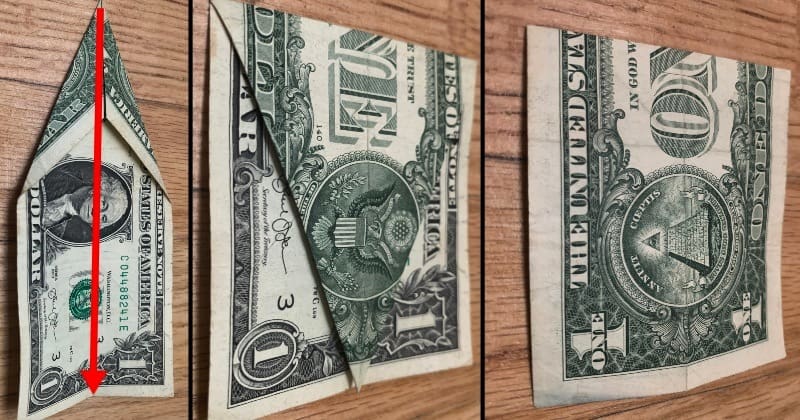 Once you have made the fold, you can then flip the bill over.

STEP 5: Fold the bill and crease as shown 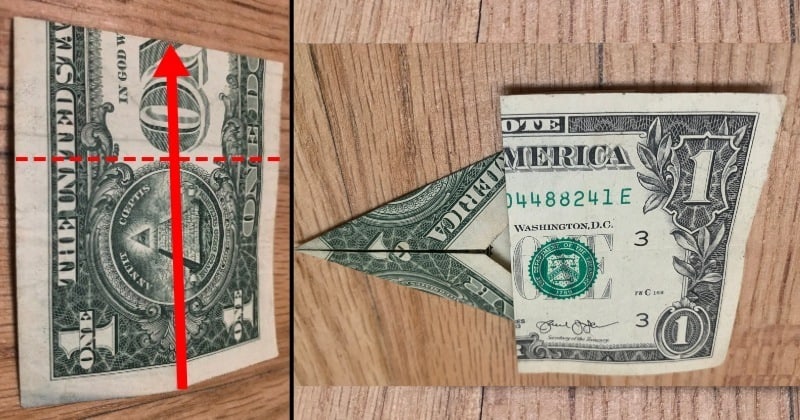 STEP 6: Fold the lower corners behind the point and crease 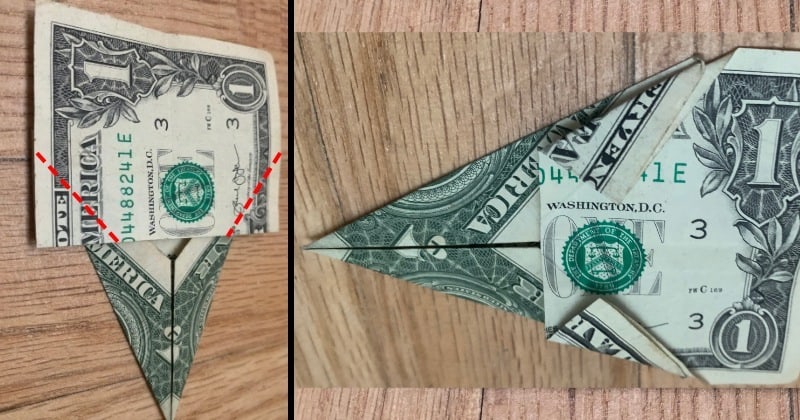 These don't have to be perfect but just to where the corners can't be seen from the other side.

STEP 7: Unfold the corners and then squash fold them down 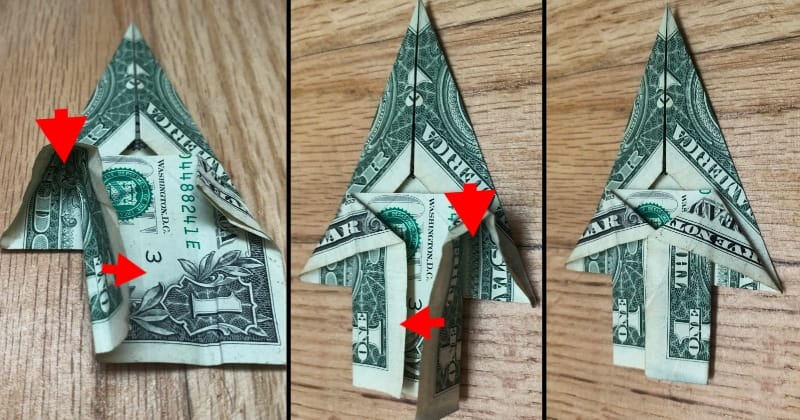 Fold these edges straight up and simply squash them down neatly.

You want to pay attention to how even the base of the tree looks. 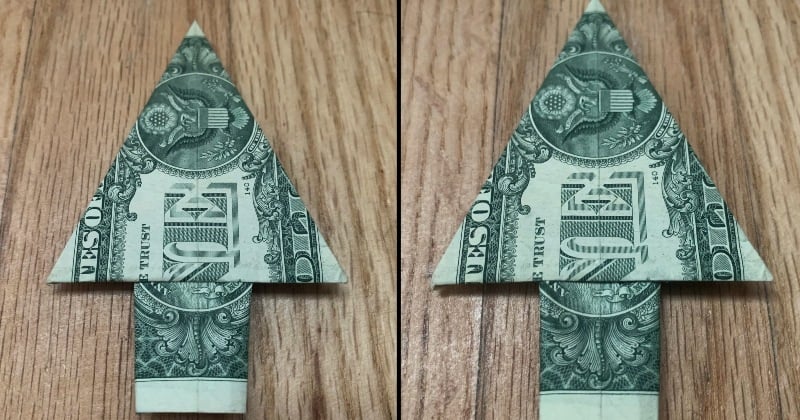 The only other thing you might want to do is shape the tree trunk to be a little slimmer.

You now have a dollar bill money origami tree!