How Make an Easy Origami Rose

Did you know roses are edible and some of the oldest flowers known to man?

Though you won’t want to eat this one, you can fold an easy origami rose with these step-by-step folding instructions.

This paper rose is not too difficult for beginners and will take about 5 minutes to complete.

You can also check out our origami flowers collection for more awesome flower designs when you are done.

I used a solid red sheet of square origami paper for this tutorial.

If you don’t have square paper, you can always make a regular paper square by cutting it.

1. Fold the paper in half twice from the edges 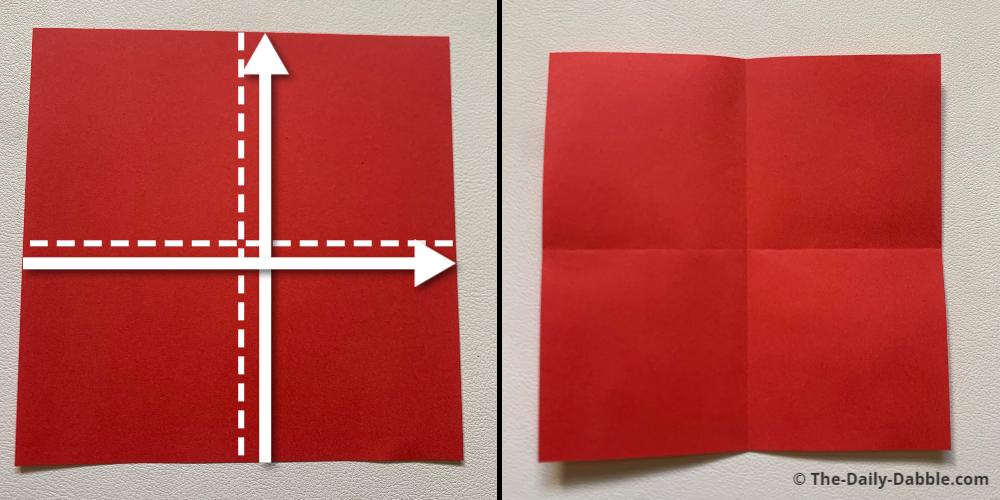 Fold the paper in half from edge to edge and then unfold it.

From the opposite edges, fold the paper in half once again.

Unfold it again to reveal the creases you made and move to the next step.

2. Fold the paper in half twice from the points 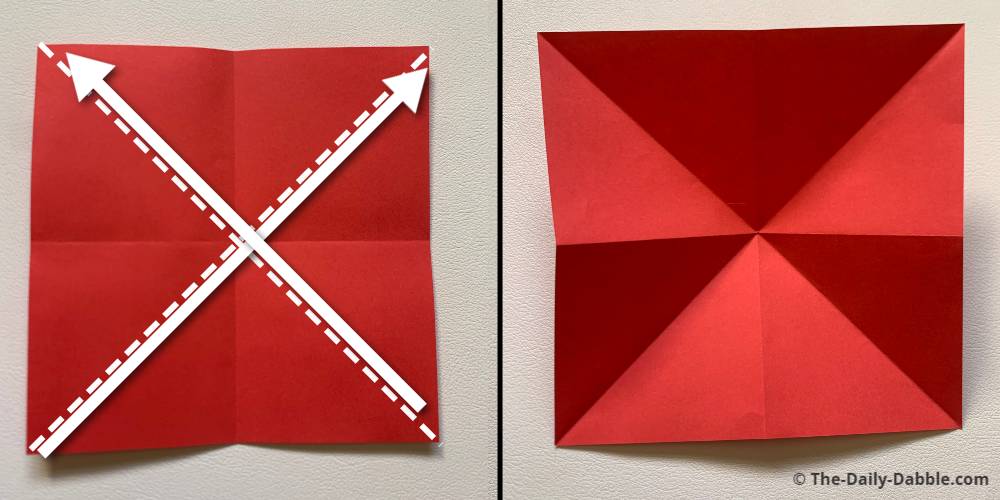 It is best to complete this second set of folds on the opposite side of the first step folds.

Fold the paper in half from point to point and then once more from the opposite ends.

3. Bring the middle edges together and then top down over them 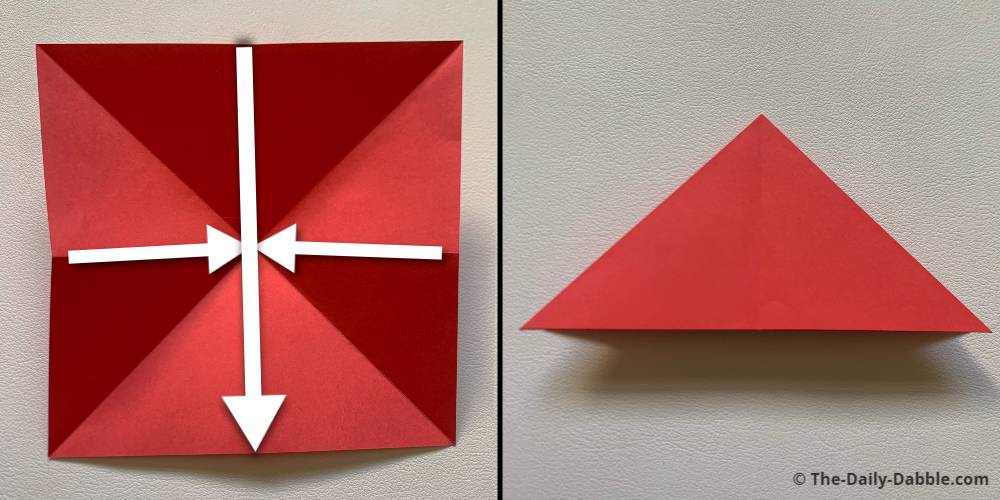 Fold the paper into a triangle by sandwiching the two middle triangles between the top and bottom.

You have now folded the origami waterbomb base, one of the many common bases that can be used for many different desgins.

4. Fold the upper layer of the bottom points to the top 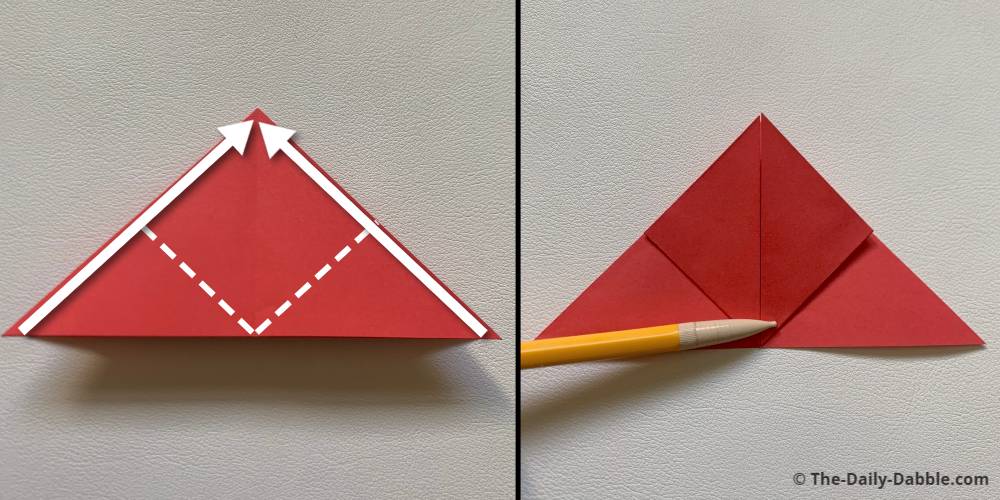 Fold the lower points diagonally to the upper point.

This fold will also match the bottom edges with the vertical center crease.

5. Open the flaps and squash fold them down evenly 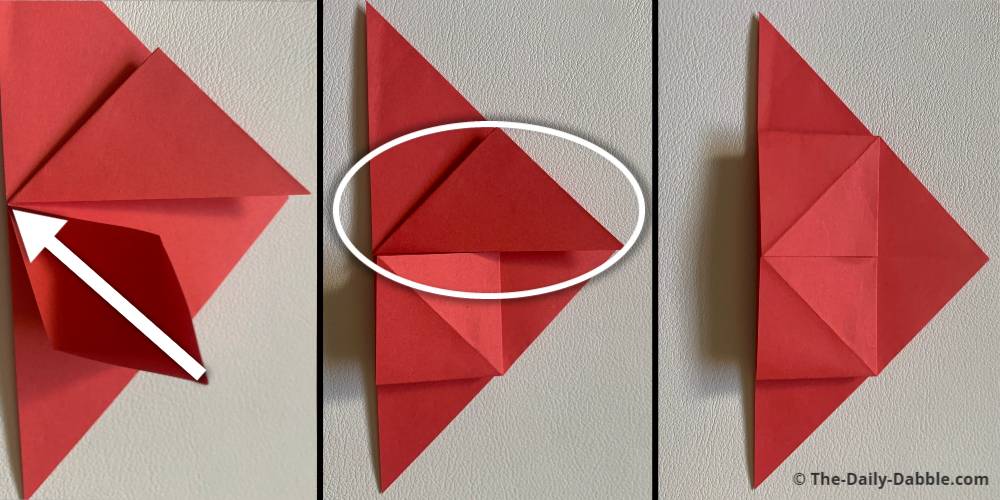 Open one flap at a time and then squash fold them down from point to point.

6. Fold the bottom middle points diagonally in half 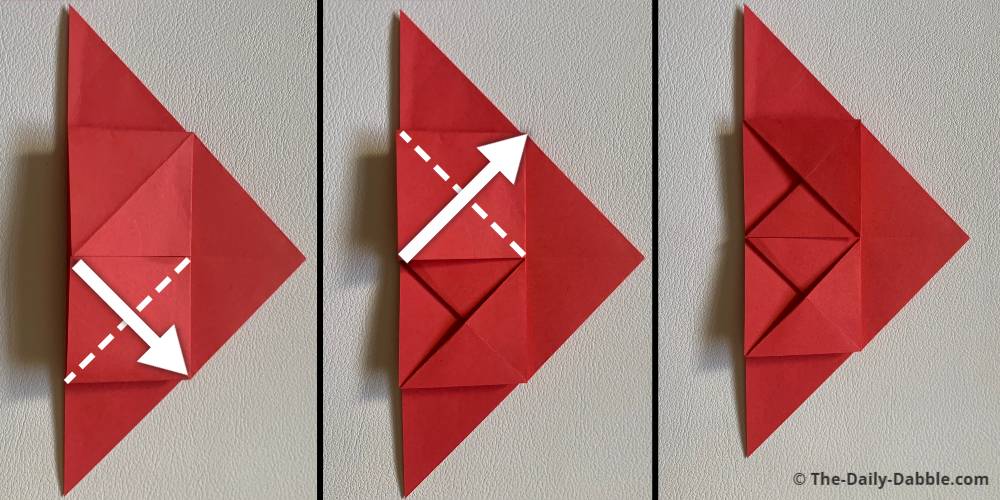 Grab the bottom middle corners and fold them in half diagonally.

7. Fold the center flap up, directly in half 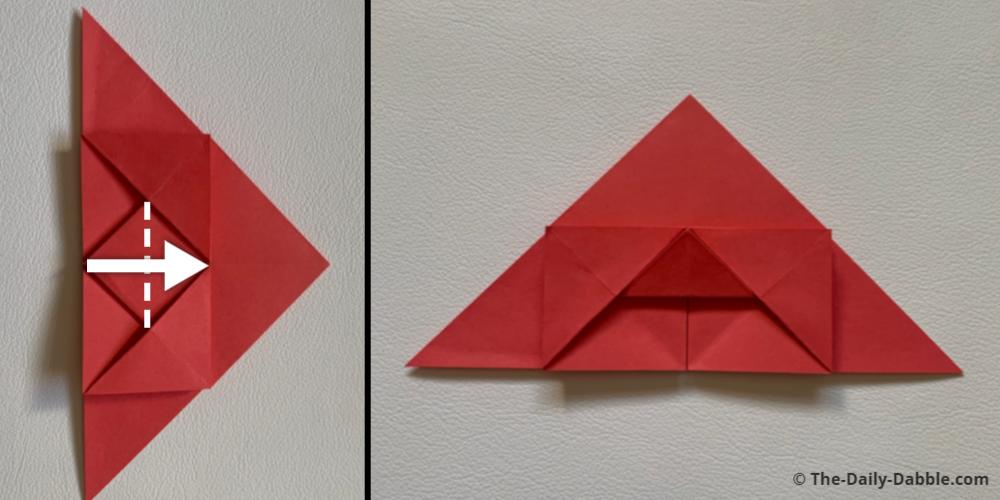 Take the very center flap and fold it in evenly in half upwards. 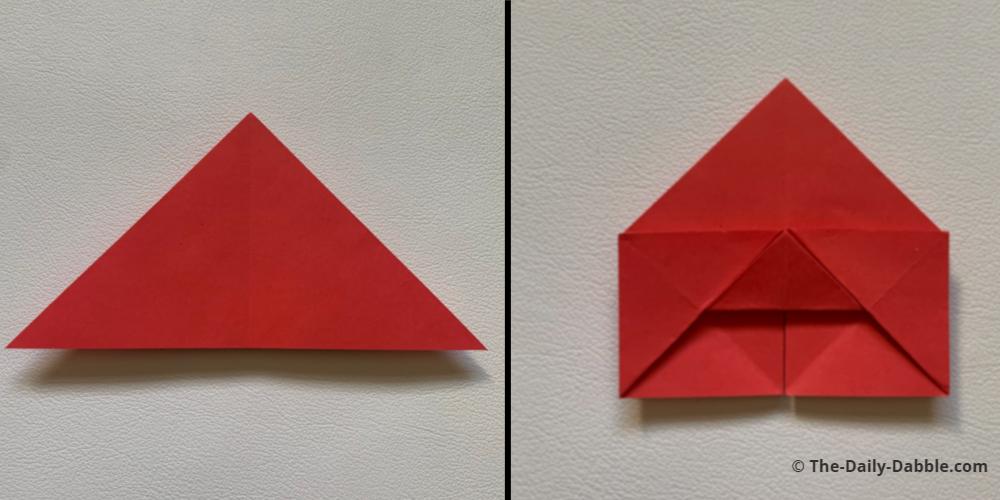 Follow steps 4-7 again to fold this side the same way as the first.

9. Fold the paper in half twice from the points 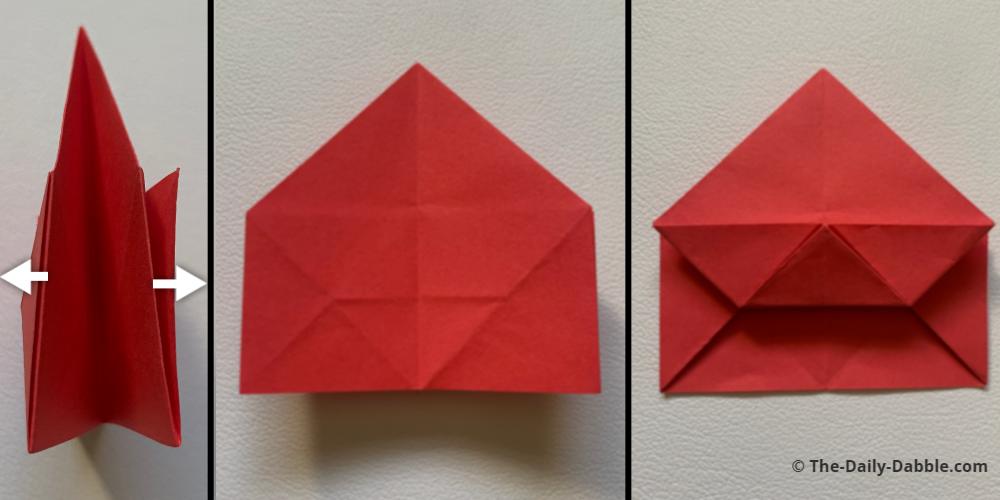 Flip the paper on its side and open it by pressing it down flat.

Follow steps 4-7 again to fold this side the same way as the last two.

10. Repeat these same folds on the last unfolded side 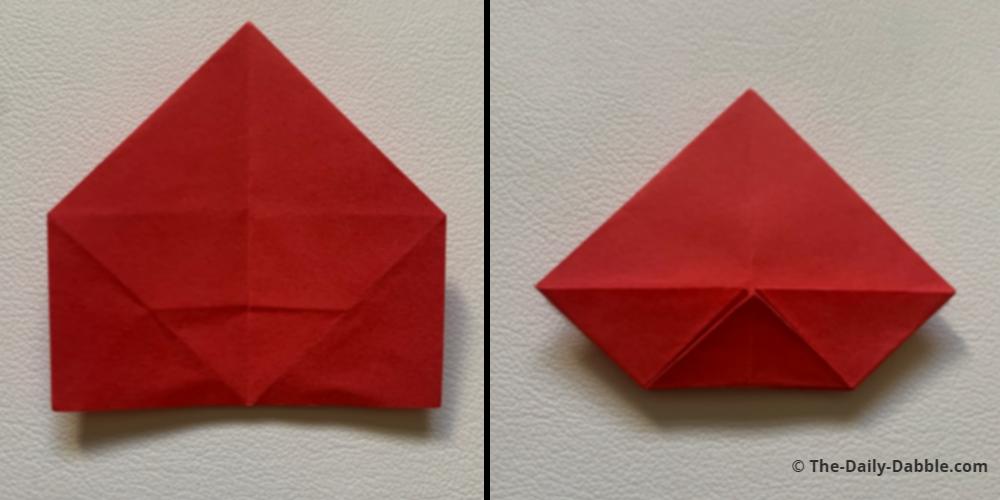 If you flip the paper over, you should be on the final unfolded side of the four.

Follow steps 4-7 again to fold this side the same way as the last three.

11. Open the bottom and fold it flat 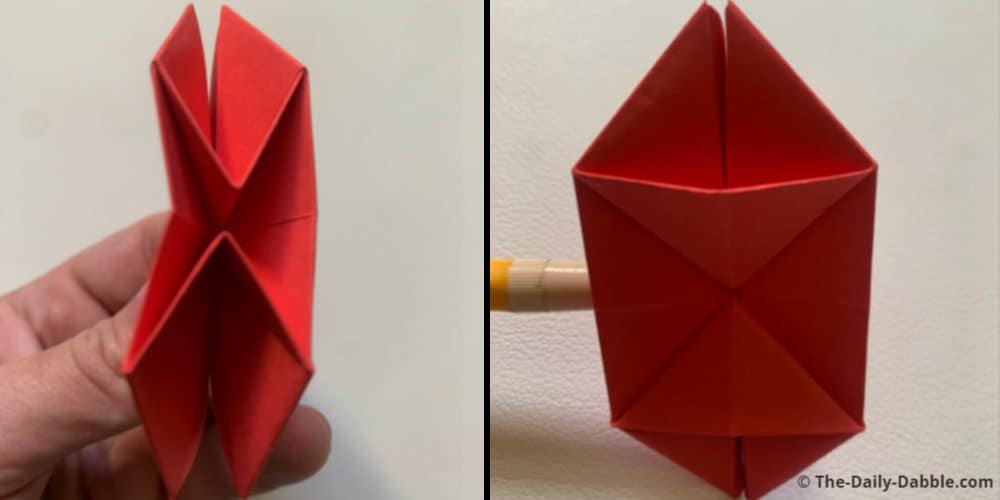 Unfold the bottom completely, which is the side opposite of the point, to get it nice and flat.

This flat side will be the base of this rose.

12. Open up the two pockets on the top and twist to shape it 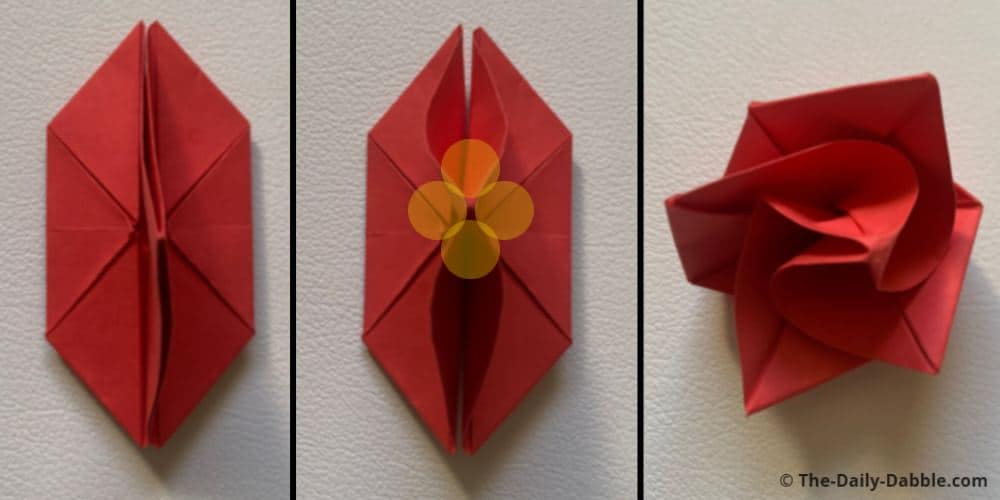 After opening the pockets, hold the base with one hand and rotate the top of the rose in one direction to give it shape.

The yellow dots show the best finger placement in the picture.

Twist it until you can at least get the outer petals somewhat symmetrical. 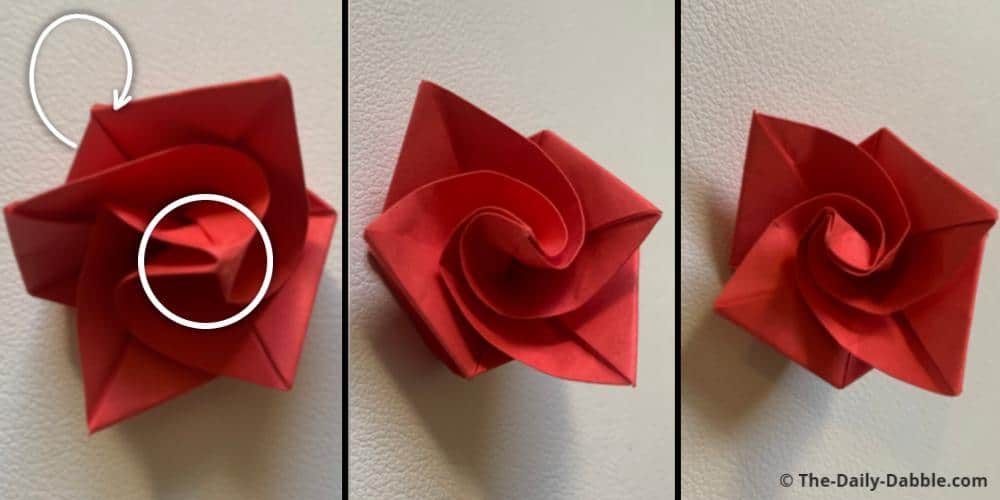 You can get a little better shape on the center of the rose by just twisting the very tip in the center.

Keep twisting until you like the shape, and then even out the petals the best you can.

You can also bend and close the outer petals if you want more of the condensed rose look.

Now you know how to make a sweet little origami rose!

Do you want some more awesome folding ideas? Pair your rose with a super easy origami butterfly, or make another flower like the origami lily!