What is a whale's favorite meal? Fish and ships!

These folding instructions will show you exactly how to make an easy origami whale.

This design is great for kids and can be completed in about 5 minutes or less.

In this folding tutorial, I use a solid blue 6 x 6 sheet of origami paper.

If you need a square piece to fold with, you can cut a regular sheet into a square.

You will also need some scissors to make one little cut near the end.

1. Fold the paper in half diagonally and then unfold it 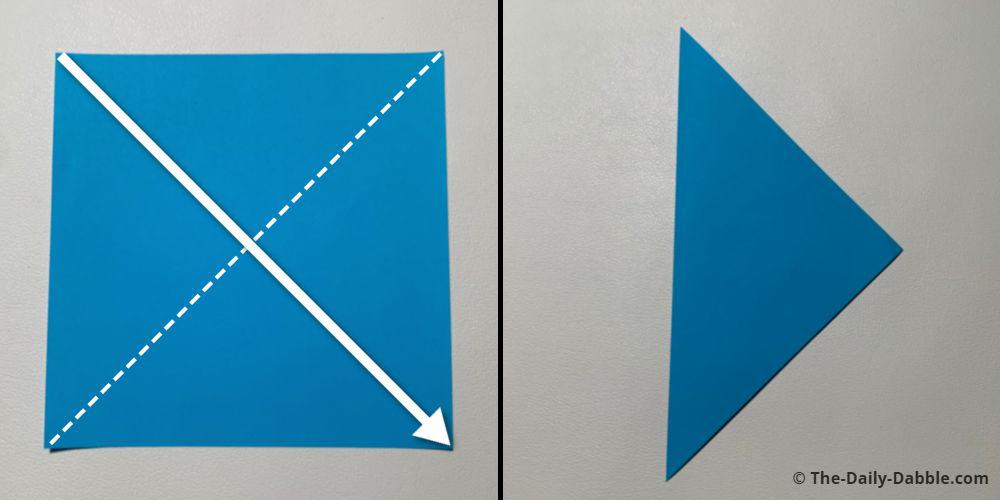 Bring one point to match another and crease the paper in half.

Unfold the paper after the crease is made.

2. Fold the lower edges up to the center of the paper 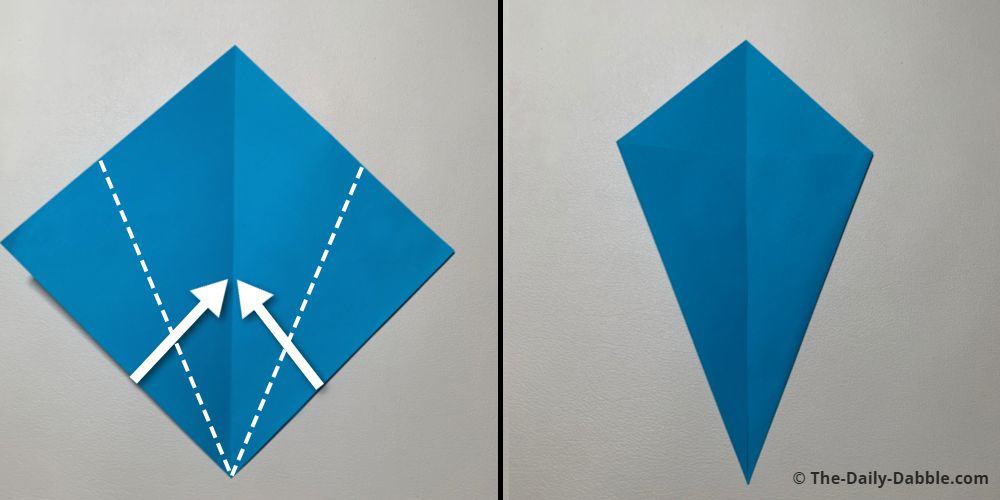 Bring the lower edges to meet on the vertical center crease and press the edges to crease them.

What you have folded so far is called the kite base. This easy base is the starting point for many more fantastic designs!

3. Fold the upper point to meet the top edge of the previous folds 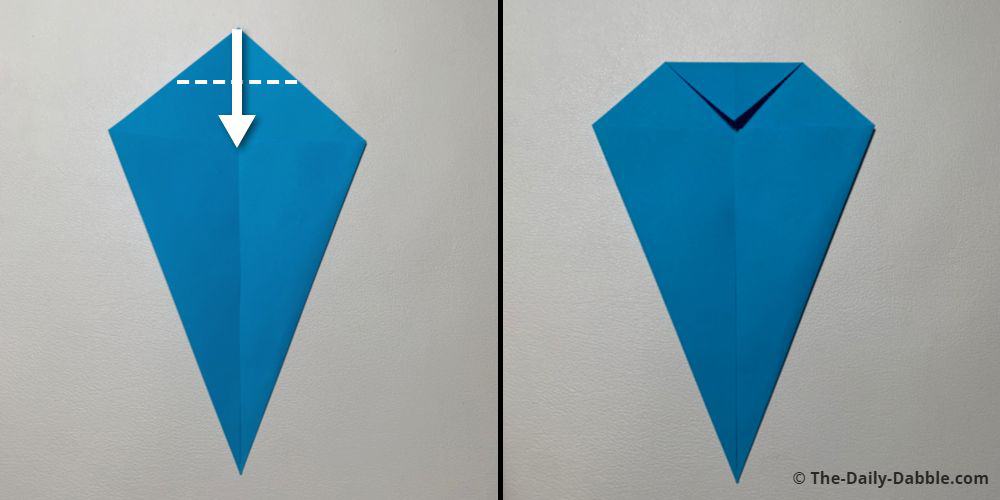 Bring the top tip down to touch the top center of the folds made in the previous step.

4. Fold the paper in half lengthwise 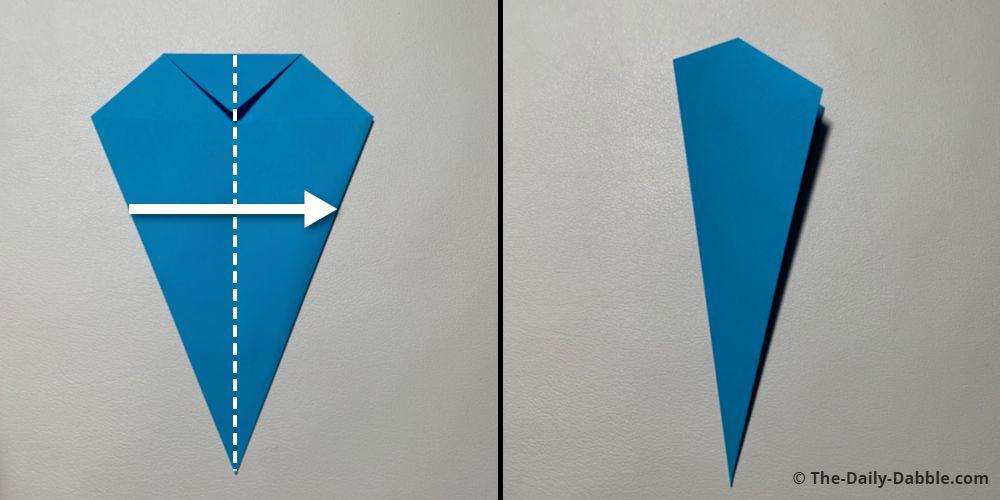 Fold what you halve so far in half enclosing the previous folds inside.

5. Make a diagonal fold on the tail to move it upwards 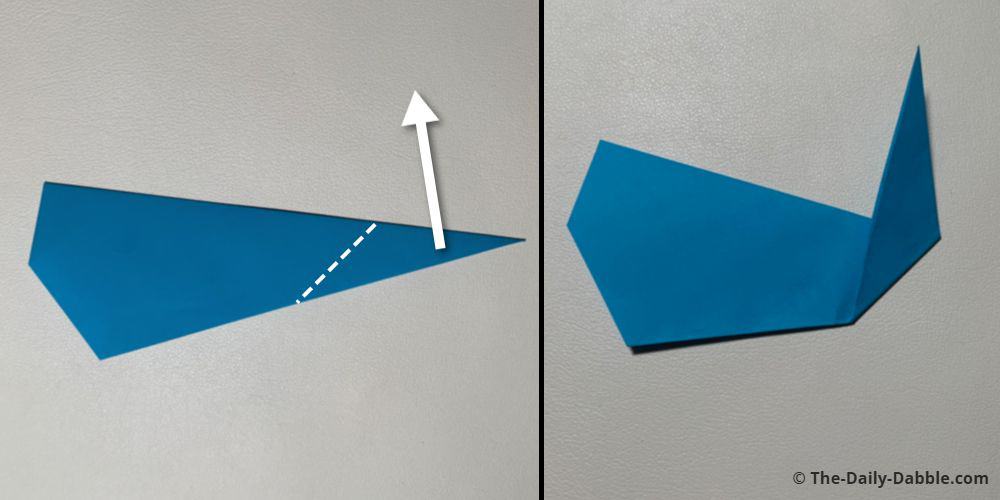 Start shaping the tail by making a diagonal fold, as shown, and then bringing the tail up.

Press well on the edge of this fold to crease it well.

Don't worry, your tail does not have to be exactly like the one shown to end up looking great.

6. Fold the tail to the other side on the same crease 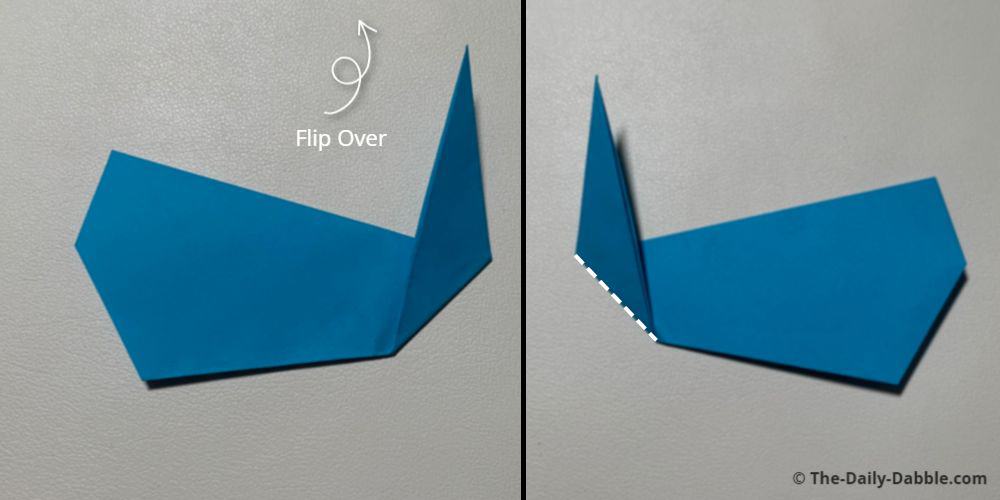 Flip the paper over and bring the tail over to this other side on the same crease.

7. Unfold the tail, fold it flat, and bring the whale together 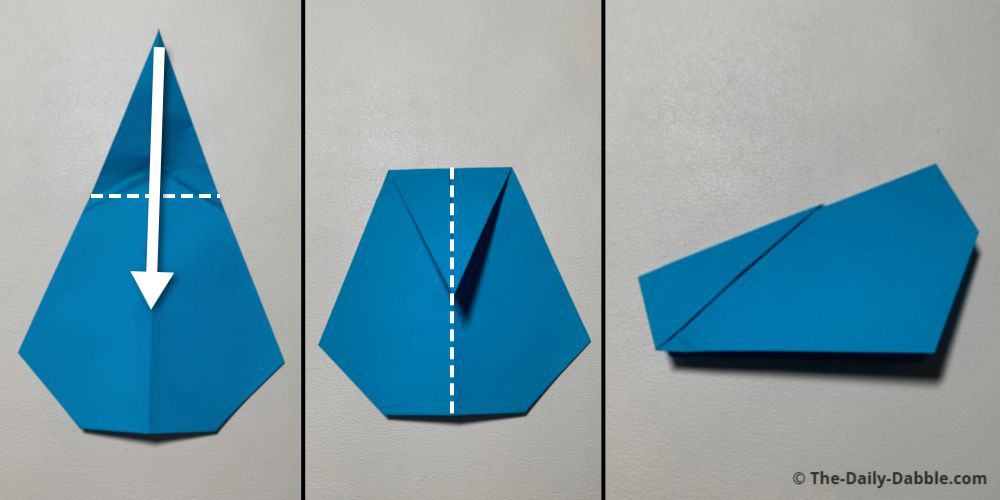 Unfold the whole tail portion and then fold it down flat just over halfway down.

Bring the whale back in half as it was, with the tail now showing one half on each side of the paper.

8. Reshape the tail upwards and cut the tip with scissors 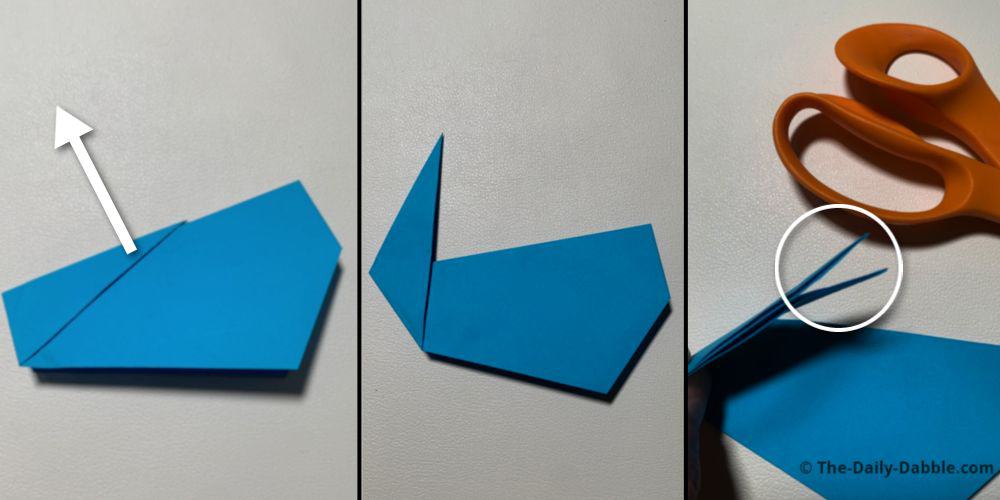 Pull the tail back upwards at an angle that you like.

Next, cut the tip of the tail straight down the middle crease.

The cut I made was slightly over an inch long.

9. Finish the tail by folding the top layer over evenly 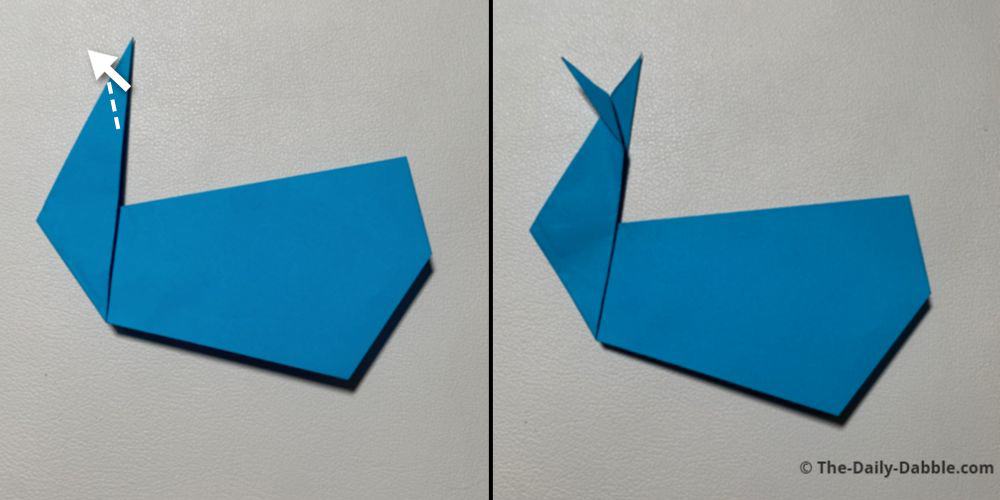 Fold the top layer of the cut tail tip over to be symmetrical with the other half. 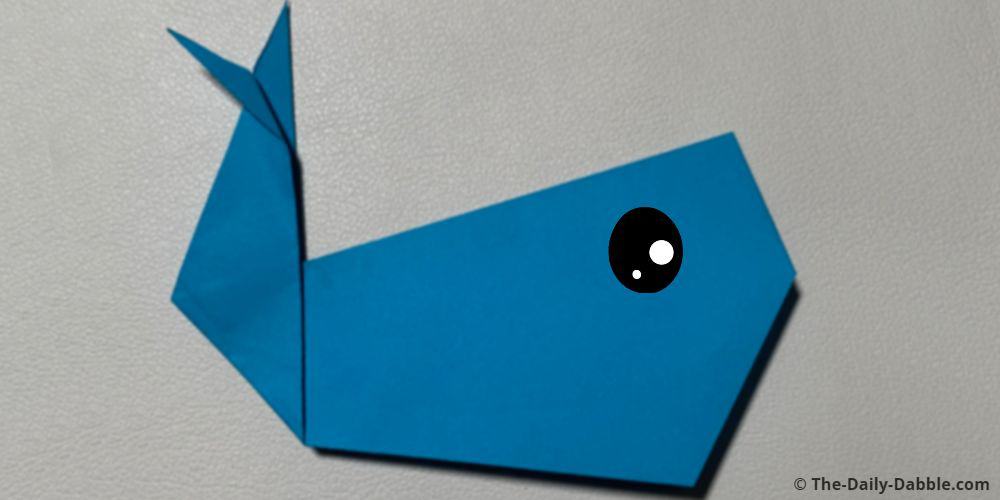 Grab your markers or cut some shapes to decorate your finished paper whale!

If you loved folding this sea creature, you might wanna check out some of our other finned animal designs like the origami fish or turtle!