From the Aztecs to the Nazis, the history of caffeine is truly a fascinating one.

The world has enjoyed the benefits of caffeine since before recorded history, and ever since its natural discovery, caffeine has grown to be one of the world’s most popular stimulants.

Let’s take a look at the amazing history of caffeine!

Caffeine is an alkaloid that is most known for its psychoactive properties as a stimulant. 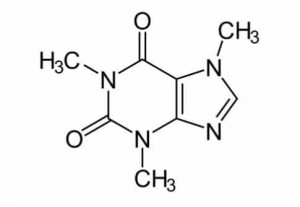 It can be found naturally in over 60 plants or be made synthetically for use as a food and drink additive.

Caffeine’s chemical name is 1,3,7-trimethylxanthine, and the caffeine molecule structure has even become a popular tattoo.

Caffeine meaning: The word “caffeine” itself comes from the German word “kaffee” and the French word “cafe,” which are both direct translations of the word English word “coffee.”

Both words, caffeine and coffee, come from the same Arabic word, “qahweh.”

Where Does Caffeine Come From?

An Ethiopian legend claims a goat herder named Kaldi was the first to discover the potential power of coffee beans.

He noticed that his goats got super energetic after eating some of the berries of a tree and then also had trouble sleeping. 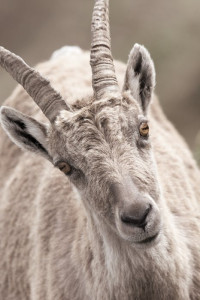 When Kaldi told a local leader of a monastery about this, they decided to make a drink from the same berries.

He realized that this drink kept him alert and the story of these powerful berries spread.

The first cultivation and trade of coffee began in the Arabian Peninsula.

By the time the 16th-century rolled around, the news of coffee was moving fast and in the 17th-century coffee was imported to Europe where its popularity spread like wildfire.

While some condemned this new foreign drink as the “bitter invention of Satan,” Pope Clement VIII gave it his approval.

It soon spread to the Americas, and at the end of the 18th-century coffee was one of the most profitable crops to export.

It is said that leaves from a wild tree blew into the pot of water he was boiling. The scent that came from the boiling leaves pleased him, so he drank some of it.

He was said to have felt a warm feeling throughout his body as if the liquid was investigating him.

Nung named the new brew “ch’a,” which means “to check” or “investigate.”

The belief is that this was the discovery of tea, and may in fact be the first recorded case of caffeine consumption.

The popularity of tea in China grew rapidly, and it started to be introduced to other countries by the 9th-century.

It spread to Europe rapidly, where it became a staple of the wealthy.

Tea has become an integral part of the culture in many countries around the world. In fact, there are many countries in which hot tea is served with every meal.

However, the U.S still seems to prefer iced tea after this chilled version was introduced in 1904.

Today, tea is the most popular drink in the world — besides water.

Historians have traced the origins of cocoa to Southern Mexico, where in 450 BC., beverages of fermented chocolate were made by the Aztecs.

The cacao tree is native to Mesoamerica, and the people believed the cacao seeds were a gift from the god of wisdom, Quetzalcoatl.

When the Spanish conquered the Aztecs, they started importing it to Europe where a chocolate obsession steadily grew from the 17th to the 19th century.

It wasn’t until the late 19th-century that some of the well-known chocolate companies, like Hershey’s, started popping up. It was then that chocolate turned from primarily a drink into a food.

Today up to two-thirds of the world’s supply of cocoa is actually produced in Western Africa.

While many still don’t know that chocolate contains caffeine, it is still one of the most popular sweet treats in the world.

The wonderful benefits of caffeine had been enjoyed for thousands of years before its chemical discovery.

It was not until 1819 that the German physician named Friedlieb Ferdinand Runge isolated and purified caffeine.

The story is that Johann Wolfgang von Goethe, a famous poet, presented Runge with some rare Arabian mocha beans to analyze.

It only took a few months for Runge to isolate the first sample of pure caffeine.

Another German by the name of Ludwig Roselius later discovered one of the first ways known to decaffeinate coffee.

He believed that excessive coffee consumption led to his father’s early death, and this was Ludwig’s motivation for finding a way to remove the caffeine from coffee.

History of Caffeine in Soda 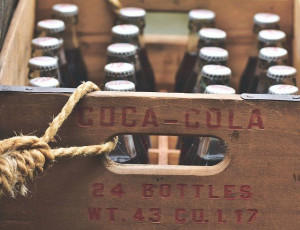 The Monsanto Company first started extracting caffeine, from tea leaves, for Coca-Cola in 1905.

Coke was made available to all the troops in WWII for 5 cents a bottle. This significantly boosted the popularity of the drink not only in the US but around the world.

Roughly 10 billion bottles of Coca-Cola were consumed during WWII, leading to Coca-Cola struggling to meet the demands for their product after the war.

The Nazi party has been credited with the creation of synthetic caffeine. The creation of this synthetic version was sparked by the worry that embargoes may limit their caffeinated supplies.

How Synthetic Caffeine is Made

Ammonia is converted into urea. You then combine chloroacetic acid and the urea, which makes uracil. This uracil is then processed into theophylline. Methyl chloride is added to this to make synthetic caffeine.

Raw synthetic caffeine can actually glow and is rinsed off with the following chemicals to remove the glow: sodium nitrite, acetic acid, sodium carbonate, and chloroform.

There was a time where the Nazi party believed that caffeine was poison. In an attempt to preserve the health of the Aryan population, decaffeinated coffee became part of their state policy.

While they looked down on caffeine, they supplied their soldiers with what they considered a miracle drug, Methamphetamine – AKA Meth. 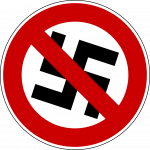 After several officers died from heart attacks, the German military started to notice these drugs’ health risks and addictive potential.

The use of methamphetamines within the German military significantly dropped by the early 1940s.

This was about the time they created their version of synthetic caffeine.    Source

Caffeine in the Modern World 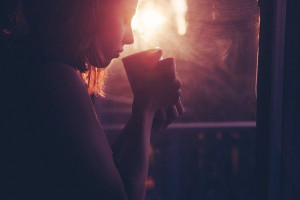 By the early 1950s, Monsanto and Pfizer had factories in America producing synthetic caffeine.

However, today nearly all of the world’s synthetic caffeine is produced in China.

In 1981, the total world caffeine consumption was believed to be around 120,000 tons a day. That was equal to 70 mg a day for every person on the earth.

In recent years Finland is believed to be the largest consumer of caffeine per capita, with each adult averaging 400mg per day.

It is also believed that most adults in the US consume far less than that, with a range of 110-260 mg per day.

Love it or hate it, our world is fueled by it!