The History of Morse Code

The history of Morse code is not well enough known and sometimes too easily forgotten.

Morse code is a communication method that uses pulse signals to encode and represent characters in a language. It was a revolutionary technology that pioneered long-distance communication.

The code can be sent through various ways like radio pulses, light signals, and even blinking.

Here is the detailed history of Morse code!

The inventor of Morse code, Samuel Finley Breese Morse, was born April 27, 1791, in Charlestown, Massachusetts. His father was Jedidiah Morse, a distinguished geographer, and clergyman.

While Samuel attended Yale College, his primary interest became painting.  In 1811, one year after graduating from Yale, his parents eventually supported him in going to England to study art further. He studied with the famous painter Washington Allston there until 1815.

When he returned to the US, he struggled to find real success with his painting for about 10 years. In 1818, he married Lucretia Walker, with whom he would have three children.

After the birth of their third child, his wife tragically passed away. Even more sadly, he was away with work at the time of receiving the message she was ill. At this point in history, communication was usually sent by horse, coach, or train, and it was slow.

By the time he received the message and was able to get home, she was already buried. This tragic occurrence is believed to be what fueled Morse's passion for creating a long-distance communication device. 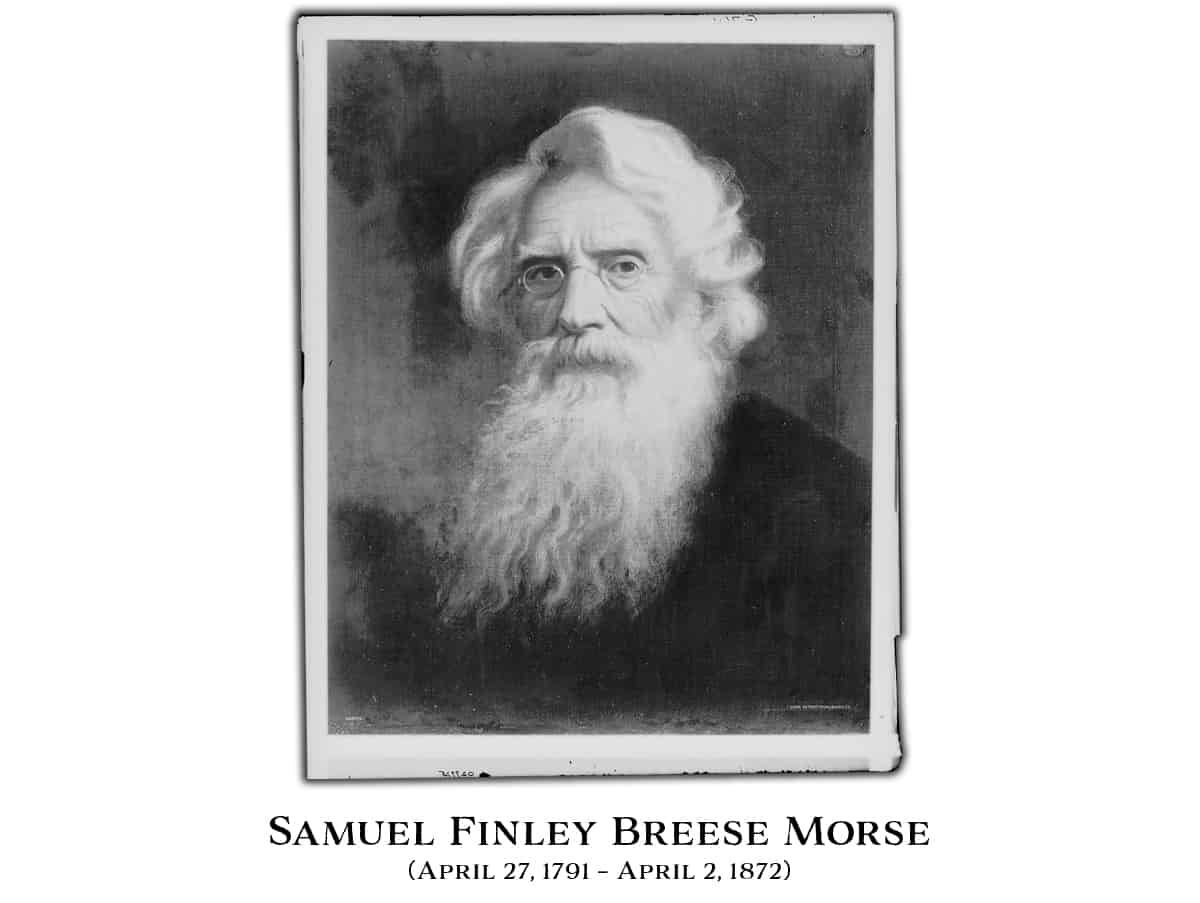 To truly understand Morse code and its history, you should know a little about the telegraph and how it works.

Morse had his first idea of an electric telegraph, in 1832, after hearing about a recent discovery, the electromagnet.

He thought that one might be able to send signals over a wire with electromagnetism. Other inventors were working on telegraphs at the time, but none could successfully use one over long distances.

Three people played a critical role in Morse's invention of the telegraph:

Samuel Morse studied Joseph Henry's work on telegraph technology, which helped him create his own prototype by 1835. Joseph Henry was a physicist who would later support and encourage Morse with this invention.

Leonard Gale was Samuel's colleague while they both taught at the University of the City of New York. He helped Morse fix issues in his experiments as well as understand Joseph Henry's research.

Alfred Vail was a friend who offered resources to help Morse finish his invention. He eventually became a partner in the telegraph rights with Samuel Morse and Leonard Gale.

How the Recording Telegraph Works 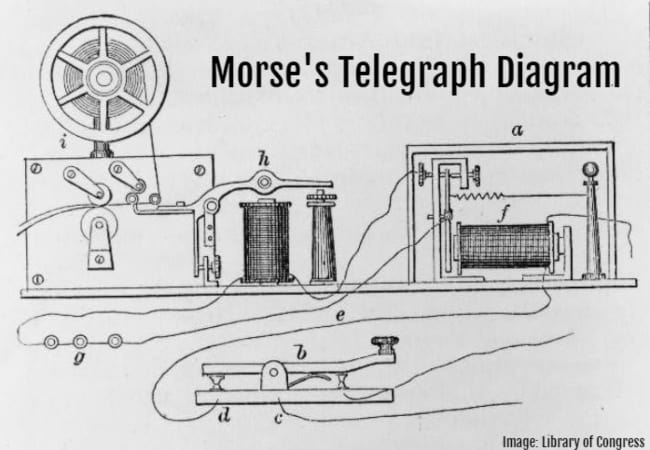 The recording telegraph worked by using a battery to send an electric current along a wire. One end of the wire has a key that can be pushed down to complete the electrical circuit.

On the other end of the wire was an electromagnet that received electricity and moved an attached pencil down to a moving strip of paper to make a mark.

The message sender could push down the key and release it fast to make a dot or press and hold a little longer to make a dash on the paper.

An operator would tap the characters for one letter at a time to make a word and then a sentence.

The receiver could then translate the message from Morse into English by using some version of a Morse code chart.

To communicate a message with the telegraph, somewhere in the midst of his research, Morse realized he needed to develop a way to translate its electric signals into a language.

The telegraph sent one continual electric signal when the key was pressed, and the electrical circuit was complete between the sender and receiver.

All Samuel Morse could initially do with it was open and close the signal. All he really had to work with was sending this signal at different lengths of time.

This is where the idea of dots and dashes came into play. He eventually called quick short signals a "dot" and the longer signals a "dash."

He started developing a code by taking numbers and giving each of them a dot and dash combination. As his code progressed and he ran into a few snags, Alfred Vail was able to help him expand the code to work with all the letters of the Latin alphabet as well as some punctuation.

The idea of the telegraph may have slightly overshadowed the creation of Morse code, but without either, the project would not have worked.

By the end of 1837, with the help of his partners, Morse was confident enough to start applying for government approval and funding.

He demonstrated the use of his telegraph many times in 1838, which led to a proposal in front of the House Commerce Committee for him to receive money to build a telegraph line.

Unfortunately for him, economic depression was already sweeping the nation and would last for many years. This initial proposal was rejected, and Morse had to wait for a more appropriate time to seek funding.

He was able to secure the patent for his telegraph by 1840, and in 1843 he finally received $30,000 in government funding to build an experimental telegraph line. This line was laid between Washington D.C. and Baltimore, Maryland, and was finished the following year.

The first official telegraph message in the US, called a telegram, was sent on May 24, 1844, from Samuel F.B. Morse in Washington D.C. to Alfred Vail in Baltimore. This famous message read, "What hath God wrought?"

This message was, of course, sent using the translating power of Morse code.

The successful production of this first recording telegraph and the invention of Morse code resulted in the creation of near-instant long-distance communication.

Morse Code in the Civil War

Even with the successful test in 1844, the government was still a little slow to adopt the technology. However, after about seven years, at least 50 telegraph companies were in operation.

The first transcontinental telegraph line was then finished by 1861, the same year the Civil War started. At this time, the telegraph was still considered relatively new.

It turns out President Lincoln was an inventor himself, and he seemed to keep up with new technology. It was said that during the Civil War, Lincoln used the telegraph as a command center. 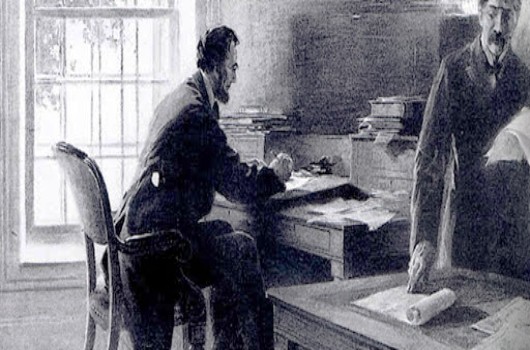 He was able to gain a big advantage over the South because of his ability to communicate straight to the battlefield quickly.

There were fewer lines between states in the South, so Confederate President Jefferson Davis didn't have the same opportunity.

Near the end of the war, Abraham Lincoln himself sent a telegram to Virginia to tell the news of the capture of Richmond. This was just a week before he was assassinated in 1865.

1865 was also the year that the International Morse Code was standardized in Europe over the American Morse Code.

The original American Morse code specifications looked something like this.

This code worked with a few different signals and rules: 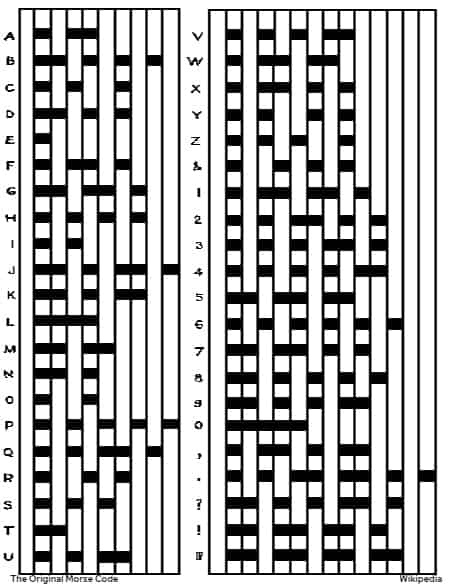 This version of the code was used mainly in the US, as it was designed primarily for use with the English language.

Once other countries started implementing this code, they realized it would need to be altered to be used with other languages.

Besides being relatively complex, American Morse code also caused distortion on longer lines due to its dot heavy alphabet.

The premise of Morse code is still universal in that its dot and dash signal system can be used to map the alphabet of any language.

Countries started creating their own versions, and the original Morse code became known as the American Morse code.

The American version is pretty much extinct as it was replaced by the now widely known and used International one.

A German man named Friedrich Clemens Gerke created the beginning of what was to become the International Morse code.

He took Samuel Morse's original version of the code and changed a few key parts of it.

Gerke cut down the number of different dashes to just one.

This reduced the number of dots in the code to help reduce distortion issues over long lines.

However, doing this made transmitting the code a bit slower but more simple.

While American Morse could be sent faster, this newer version was more user-friendly and less error-prone.

These few things played a big factor in the International version being adopted over the American one.

In 1901, Marconi figured out how to send telegraphic signals across the Atlantic ocean using radio waves. 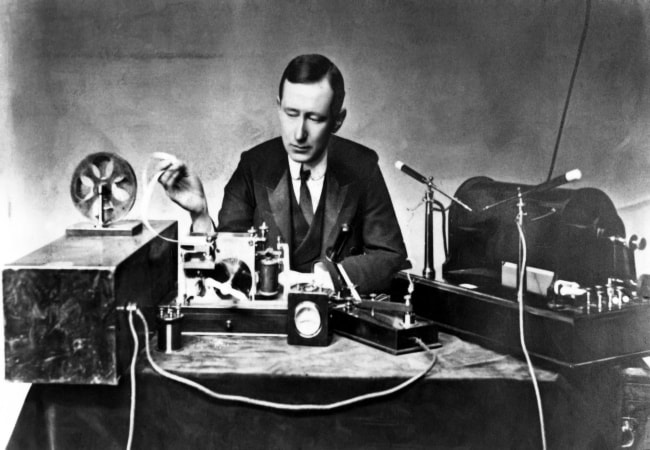 This initiated the widespread use of radiotelegraphy and Morse code on ships.

Morse code was widely used on ships until the early 1990s.

The need for a universal distress signal on the seas came quickly after wireless telegraphy was introduced to ships.

The SOS signal was chosen because it was easy to recognize and remember in Morse code.

Germans helped by creating International Morse Code and also with the promotion of adopting the SOS signal internationally.

This signal was officially accepted as the standard distress signal for radio use in 1908 and is still used in various ways today.

It was, of course, created for use with Morse code but has also been used as a written message in the sand and even sent as a message in a bottle. 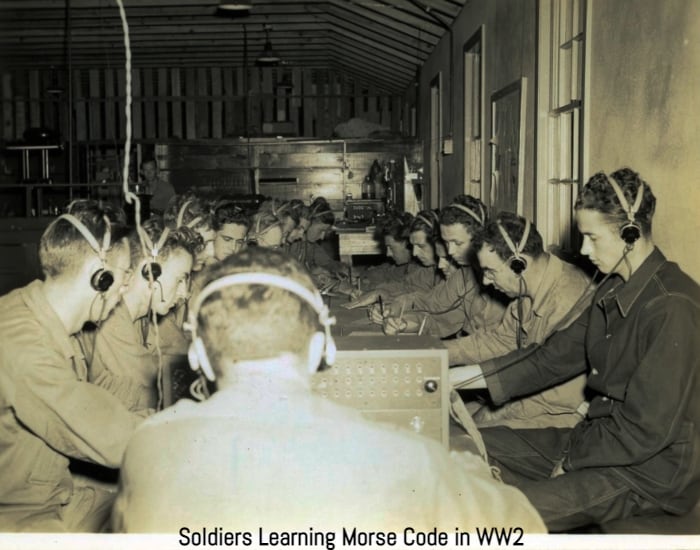 The code was known by people on both sides of the war, but it was used for secret messaging in certain areas.

It was used in weirder ways than you might think. A British prisoner of war in Germany would actually sew in Morse code.

He was allowed to sew to pass the time, and he was pretty good. It is reported that he stitched "God save the King" and profanities towards Hitler on one of his pieces.

The guards actually let him hang his art up because they couldn't recognize the hidden message in Morse code.

The code was used in various ways by land, sea, and air during the war.

Morse code turned out to be one of the most important means of communication in WW2.

The code is used a lot less now than it was in the 19th and 20th centuries. It has been replaced by more advanced technologies in nearly all the ways it was used before.

The use of it really died down when the Global Maritime Distress and Safety System replaced it on the waters in 1999.

However, there are still reasons to learn the code today, even if it is just to send a friend a unique message like "Happy Birthday" in Morse code.

Knowing it will provide you with a valuable emergency communication skill, as it can be used in ways straight English cannot.

It can also be used as a means to have a secret conversation as it encodes languages.

Whether we use it or not, we should still recognize the power of this invention and how it helped us get to the communication technology we have today.