How Long Does it Take to Learn Morse Code? [3 Fast Methods]

Morse code can be a fun and useful skill or hobby, but how long does it take to learn?

Most people can learn the Morse code alphabet in less than a week, and begin to copy the code at least 5-10 words per minute in 1-2 months. To reach a fluent speed of 15-20 words per minute within a few months, it is recommended that you study at least 15-30 minutes daily.

This is an average time estimation by older professionals, but if you devote more time and focus you can possibly gain fluency sooner.

Is Morse Code Hard to Learn?

Morse code is not as hard as a language to learn and becoming fluent in the code is much easier. While the code can be flashed, or written, the best way to get good is by ear. The hardest parts are understanding the timing and getting faster at copying it down.

Learning technologies are getting better all the time and continue to make the whole process a lot easier. That being said it will still take some time and effort to learn.

Let’s take a look at how you can learn Morse code as fast as possible without wasting time!

Morse code tracing is the process of learning the Morse code alphabet by tracing the dot and dash(dit and dah) combinations within the letter. This is great for both audial and visual learners.

The idea behind this that the lines or shape of the letter will help you more easily remember their translation in Morse code.

This should help the more visual learners quickly memorize the alphabet but won’t help much with the timing.

Learning the timing is the hardest part and should be a big focus after learning the alphabet, numbers, punctuation, and special characters.

We use our phones all the time now, so you might as well use yours to practice Morse code.

There are several good apps to help you learn, but a great one to start with is Gboard.

It is available on both the Google Play Store and Iphone App Store, and allows you to add Morse code to your keyboard.

With the Gboard app, you can add Morse code like a language to your texting menu options so you can quickly use it to text Morse code.

It will accept your input as dot (dit) and dash (dah) combinations and translate them into English.

Having this app available to use for texting can help you stay sharp with alphabet memorization, but you will need another app to help your timing.

Some other options for apps to help you learn Morse code timing are:

2. Morse Typer – Telegram Key will allow you to tap Morse code as you would on a telegraph to help you nail down your timing. (IOS Only)

3. M³ Translator: Morse code is a great option for learning both the alphabet and timing. (Android Only)

3. Use Proven Methods For Copying

Receiving Morse code, interpreting, and copying it is harder than just sending it.

This is because no one is perfect at sending the code and the timing will almost never be perfect.

Between the timing, pitch, speed, and device, it is will never sound exactly the same every time.

While it is important to learn to send, it is better to get more practice trying to copy incoming messages. 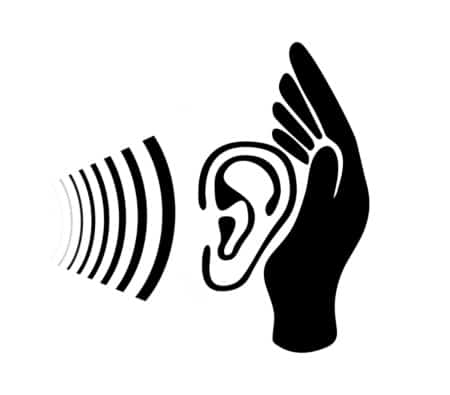 Sending the code should come easier if you work on the tougher side of things first, which is copying it.

You can practice receiving and copying down the code by using an app or a website to send you the code at a certain speed.

One of the most popular ways to learn Morse code is to use Farnsworth Timing which simply put is sending the characters faster than the words.

It allows a beginner to learn at a faster speed by just increasing the spaces between words and not by slowing down the whole signal.

This method is designed to force the learning rhythmically rather than by counting.

Another option is to use the Koch method which makes the learner always listen to Morse code at full speed, starting day one, but just has them learn a few characters at a time.

With this method, the student will up the number of characters they are copying by one with each lesson and can only move to the next if they are 90% correct.

What both of these methods have in common is that they suggest you don’t start learning Morse code at a slow speed.

Just remember that the computer program or app sending you the audio code will sound the same all the time.

If you are someone taking your fluency in the code seriously, you should seek out different Morse code audio clips to copy from real and different senders.

TIP: Most people can’t write faster than 20 wpm, so if you are looking to go faster, you will have to type the code or just say the characters in your head.

How to Measure Morse Code Proficiency

You can measure your own progress, or Morse code proficiency, by how many words per minute, or units per minute, you send accurately.

However, if you ever take a test of any sort it will almost always just be based on words per minute.

The easiest way to test your speed is to just find tests online, but you can calculate your speed manually.

In the Morse coding world, the word “PARIS” is used as a standard to calculate speed. This is because it is an average length word with exactly 50 units being sent.

Each character and the spaces between characters, letters, and words, are each considered a unit for a total of 50 units.

You can count the number of units you sent or received in a minute and divide them by 50.

For a more in-depth look at how this calculation works, look up Morse code timing.

You can see that calculating your speed can be tedious as you have to count each unit, that is why it is better to just find tests online.