How to Write in Morse Code: 5 Easy Steps

It is pretty easy to start writing in Morse code; you just have to know the basic steps to help you get on your way.

Morse code is universal and unique because the alphabet for pretty much any language can be mapped to its signals and can be communicated with it.

This provides encoding for that language as well as enhances the ways it can be used.

Here are the five basic rules to follow when writing (or typing) in Morse code!

1. Find the Morse code Translation for Your Message 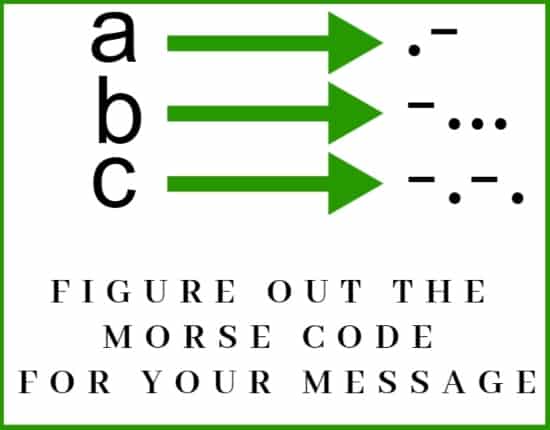 You first need to know what signal combinations represent the characters in your message.

If you do not have the Morse code alphabet memorized, you will need a chart or Morse decoder handy to help you get started.

The letters in the alphabet are represented by at least one but up to five signal characters, so these rules are critical for reducing confusion.

There are two basic ways you can write Morse code:

Once you have figured out what you are writing, you will just use the rest of the rules to make it easy to read and follow.

2. Put a Space After Each Letter 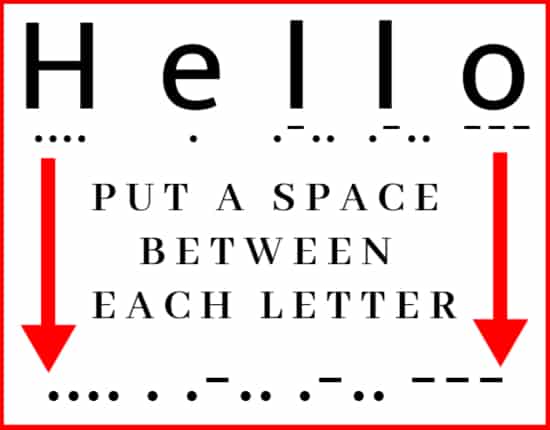 The second basic rule is to leave a space after each letter in a word; otherwise, you will mix your signals and make it near impossible to read.

As you can see, the spaces clearly show where each letter starts and ends.

3. Write a Slash After Each Word 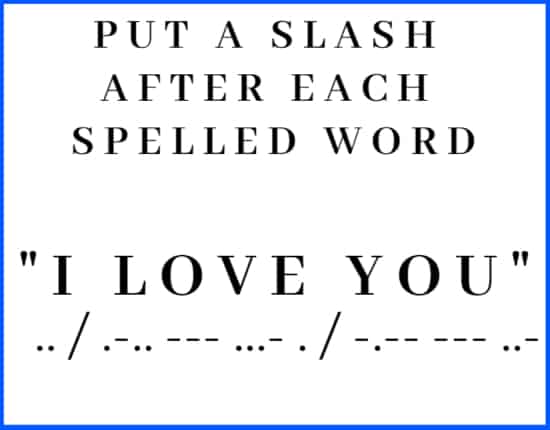 To make it easier to read and understand, put a slash after completing the spelling of a word.

There should be a space before the slash already because of the space after each word, but you should also put one after.

Once again, this spacing cleans up and organizes the writing for easy readability.

4. Treat Punctuation as a Letter in the Word 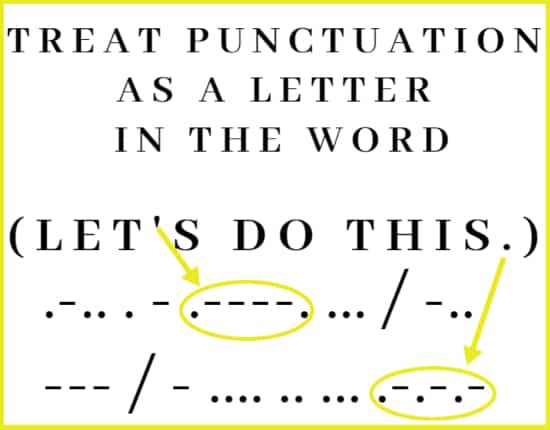 When you use punctuation in Morse code, you just treat it as a letter in the word. That means a period at the end of a sentence is just added like another letter at the end with just the regular space between letters.

If you were writing another sentence after this one, you would just put a slash after the period’s dot and dash combo and start writing again.

5. Don’t use Capitalization in Morse Code 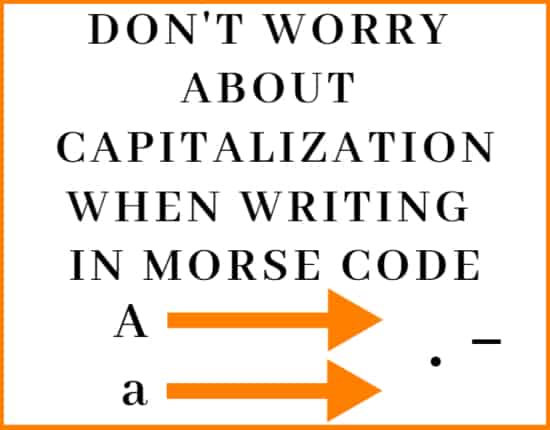 Last but not least, remember there is no way or real way or need to capitalize in Morse code.

It wasn’t deemed necessary with the creation of the code and would add unwanted complexity to the code.

The spacing is key to understanding Morse code messages no matter if it is tapped, written, or even spoken.

How to Write Morse Code Sentences

Here are five examples of how to write or type sentences in Morse code: