Have you looked into lucid dreaming and wondered if it is real? In this article, we answer this question and provide some evidence behind the possibilities of controlling your dreams.

Lucid dreaming has been proven to be real to some extent. This phenomenon occurs naturally during REM sleep, but some people can train themselves to experience it to a higher degree.

Certain people experience this kind of awakening or awareness when they’re asleep and dreaming.

The truth is that many people just become skeptics of what they don’t understand.

As far as we can tell, lucid dreaming is a concept that has been around for centuries now. 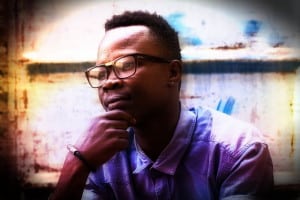 It was first featured in the essays, On Dreams by the Greek philosopher Aristotle in which he describes a state of sleep in which one becomes self-aware and starts taking over the narrative of their dream to control its content.

There are fan-favorite lucid dreaming movies, such as Inception, where feats that seem impossible in real life are embellished.

In the movie, the characters can not only control their dreams, but they can enter other people’s dreams and manipulate them too.

At first glance, lucid dreaming can be misunderstood and even considered to be scary. Dreams can bring our greatest fears into a virtual world designed in our brains while sleeping.

The scary part is, you won’t even realize it’s not real. This, coupled with the lack of control you have over your environment and body, makes it a terrifying place to be in.

But what if we told you that there was a way you could change all this; a way to tilt the odds in your favor and have full control over everything in your dream.

Today we will change your perception and prove to you that it is without a doubt a real thing.

So we’re going to jump straight to the point and give you the much sought-after evidence. The following are some of the scientific research done over the years that show just how real lucid dreaming is.

This experiment, done in the year 1975, was the first proof of lucid dreaming and marked the beginning of several other scientific studies which would be done in the future. 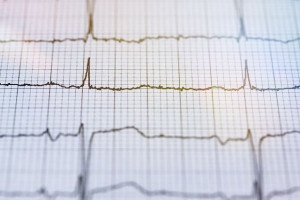 Dr. Keith Hearne made this groundbreaking discovery while experimenting on a lucid dreamer (Alan Worsley) in the sleep laboratory situated in Hull University.

At this time, lucid dreaming could not be verified because there was no way one could tell the time at which it was occurring during the dream.

Dr. Keith came up with a way in which the lucid dreamer could signal to him when in a lucid dream. He asked the subject, Alan Worsley, to make around 8 left and right eye movements when the lucid dream began.

To his surprise, the subject did exactly that at 8 am. The sequences of eye movements could be seen on the Electro-occulograph through a series of long zig-zag movements.

See, whereas the rest of the body is paralyzed during sleep, the eyes are not and therefore can be used to indicate a state of consciousness. Biologically, it is during the rapid eye movement stage of sleep that humans dream.

In the year, 2006 we also had an experiment done to prove the concept of lucid dreaming. In this experiment carried out by a German researcher, earphones were used to send certain tones to the dreamers.

Although asleep, the lucid dreamers could hear these tones in their dreams and respond through eye movements which could be seen by the researchers who were awake.

Dr. Keith’s experiment may seem old and outdated, but fast forward to 2012, and the conclusion still holds.

These scanners are usually used to measure the speed at which blood flows to the different brain areas, thereby conveying information about what one is thinking and doing through an image sequence.

In the experiment, the subjects were asked to clench and unclench their fists while awake. As they did this, the researchers used the FMRI scanner to spot which parts of the brain showed any signs of activity.

Some vital parts of the brain lit up during the experiment, which was an indicator of neural activity.

Soon after, the subjects were asked to sleep and dream about clenching and unclenching their fists.

Remarkably, the same spots that showed neural activity in the brain while awake did so again while they were asleep. This objectively proves that lucid dreaming is indeed real.

Numerous studies on dreams and lucid dreaming have been conducted on the Asian, North American, and European populations, but limited studies have been done in South America.

Brazil, being by far the most populated country in South America, was the best place to carry out the experiment.

An online survey was done on 3427 people in the country. The median age was 25 years. The results showed that at least 77% of the people in the study had had a lucid dream.

This is a large number to ignore and therefore further supports the reality of lucid dreaming.

Experts have hailed lucid dreaming for therapeutic applications in:

According to Dr. Denholm Aspy, a specialist in lucid dreaming from the University of Adelaide, the most important benefit of lucid dreaming is the ability to control nightmares and mainly the frequent ones. This can be very beneficial to a person’s life.

Nightmares normally make us undergo an unnerving experience that leaves us terrified even while going on with our daily lives.

Lucid dreaming can help solve this by giving you exclusive control over your environment. You can simply snap your fingers and turn an evil clown into a bouquet of roses.

Some people boast that you can reunite with your loved ones, while others practice real daily skills like playing the guitar.

Lucid dreaming makes you a God in your dream and eliminates any fear you might have while dreaming because you know that nothing can hurt you. This trickles down to your everyday life because you wake up a fearless and happy person.

The Dangers of Lucid Dreaming

Dangers of lucid dreaming may include:

How to Induce Lucid Dreaming?

If lucid dreaming is real, the next step is to learn how to do it.

Some can simply induce a lucid dream at any time they want. Others do it while half-asleep, while others can wake themselves upon the realization that they are in a dream.

As mentioned earlier, you dream during the Rapid eye movement stage (REM), and this is also when lucid dreams happen. The experience varies in most people, and each person has a different degree of influence over it.

All these shows that you are aware that the environment you are in is not real and hence a lucid dream.

People can generally induce lucid dreams through some specific triggers that help you realize you are in a dream.

Some things that can help induce lucid dreaming are:

More and more research is being carried out on the subject matter, and many people seek this incredible control over their dreams.

With the right stimuli and mindset, you too could be able to alter your dream into a virtual heaven every time you go to sleep.

The best way to find out if lucid dreaming is real is to start learning how to lucid dream for yourself.

3 Reasons You Lucid Dream So Much

How to Use Binaural Beats For Lucid Dreaming

How to Lucid Dream Without Waking Up: 3 Ways to Stay Sleeping

The Benefits and Risks of Lucid Dreaming

How to Lucid Dream Tonight In 7 Easy Steps