Is Morse Code a Language? [How it Works Very Simply]

Is Morse code a language? Let’s take a quick look at the code and how it is used!

Morse code is not a language but a rather system used for encoding languages that use the Latin alphabet. It does not have its own grammar or vocabulary but uses combinations of dots and dashes to represent each letter.

The International Morse Code is the most widely recognized version encoding languages such as English, German, or French. Morse code has also been adapted to create a Japanese version called Wabun code and a Korean one called SKATS.

With that, let’s dive a little deeper into how Morse code works and why it was created.

How Does Morse Code Work?

Morse code is actually a very cool invention that was initially developed in America, known as American Morse Code, to send messages across long distances via a telegraph line.

It was eventually revised and updated to make the International Morse Code.

Morse code was first created by assigning combinations of dots and dashes to each letter and number in the alphabet.

For example, take a look at the Morse code alphabet chart below. 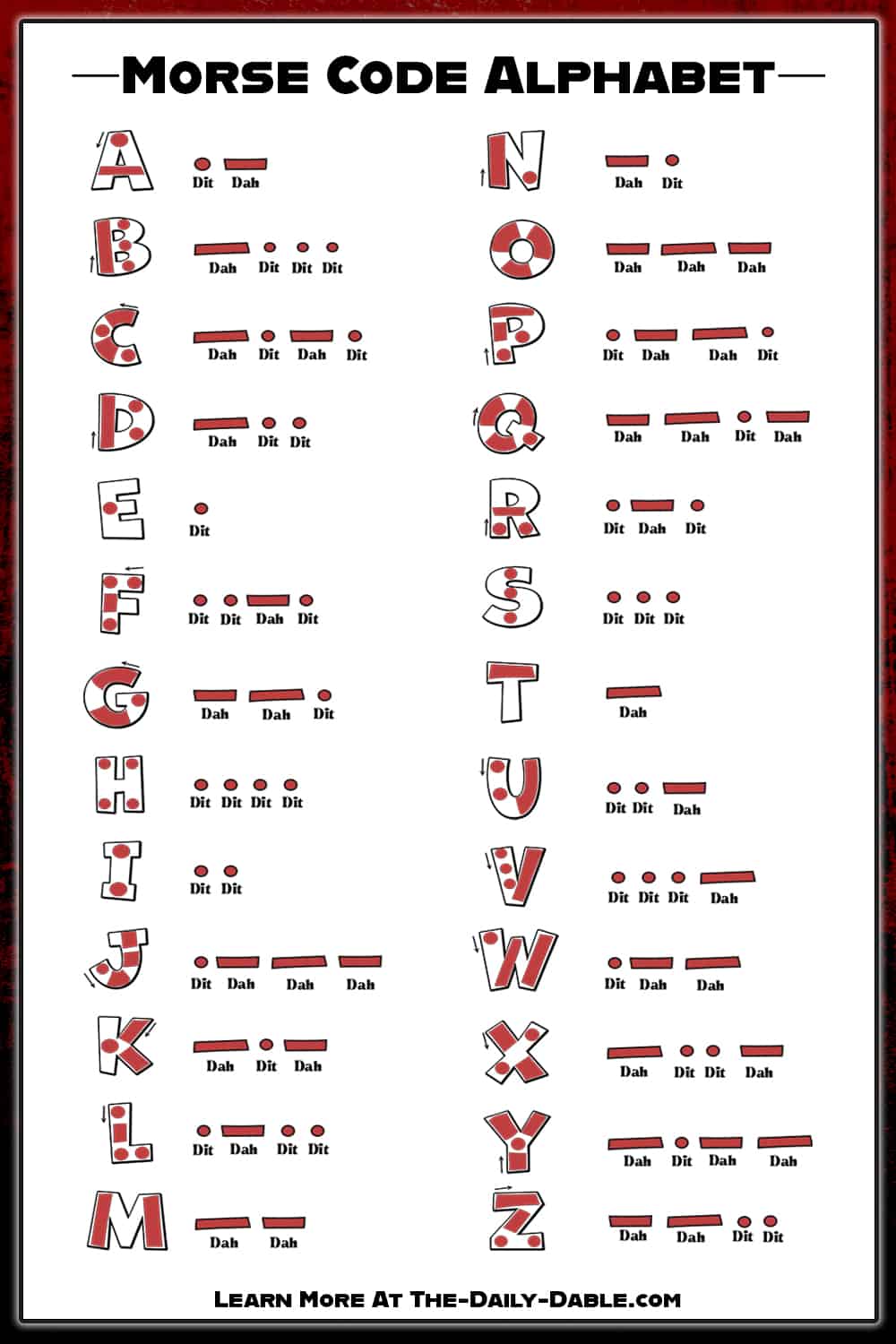 When using Morse code, you spell every word you are communicating one letter at a time using the represented dots and dashes.

These dots and dashes distinguish the length of the signal. For example, a dash is three times as long as a dot.

Morse code was first sent by electric signals over long wires on land and eventually a long cable across the sea.

Eventually, in World War I, planes could use Morse code to communicate wirelessly as technology advanced.

While Morse code has become mostly obsolete due to advancing communication technologies, it can still be a useful backup when technology fails.

Languages are normally capitalized, but as Morse code is not a language, that is not the reason for its capitalization.

Is Morse Code the Same as Braille?

Some people confuse Morse code with Braille or think they are basically the same thing; this is not true.

Morse code and Braille are not the same but are similar in that both are codes and neither are languages. Morse code uses dots and dashes to encode a language, while Braille uses only dots. Morse was invented to communicate over long distances, while Braille was primarily created to help blind people read.

You would not be able to communicate Braille in all the same ways you can Morse code. However, Braille is also way more efficient than Morse code would be at allowing people to read.

People still learn Morse code today because it is still a great way of encoding the English language.

It can still be used for secretive communication as most people do not know how to use it.

The code is still used over HAM radios by amateur radio enthusiasts as a potential emergency communication tool.

While extremely rare, there can also be emergencies in which knowing it could save your life.

Not only does Morse code encode a language, but it also makes it more versatile.

It allows you to communicate a language through any light or sound signals, so you can literally talk by tapping your fingers or even by blinking your eyes.

Morse code is also still used to assist people with varying disabilities be able to communicate.

Learning the basics of Morse code is easy, but getting the timing and fluency down still requires a good amount of practice.

Luckily there are a lot of great tools to help make learning and using Morse code much easier.

While Morse code is not technically a language, it doesn’t really matter that it’s not one.

It is classified as a coding system rather than an actual language, which doesn’t devalue it.

Morse code should always be viewed as an important historical means of communication.

The cool thing is this coding system can still be used as a valuable way of communicating multiple languages in different ways today. For example, check out the many ways you can use Morse code to say “Help Me.”