How to Make an Origami Balloon or (Water Bomb)

Did you know you can make a paper balloon that actually holds water?

This guide covers each step for making an origami balloon in around five minutes.

Also known as the "water bomb," this foldable balloon design is inflatable and holds water for a time.

To fold the origami balloon, you just need one square sheet of paper is all that is required.

If you don't have a square sheet, you can always just cut standard paper into a square.

In this guide, I use square origami paper that is light green on both sides.

1. Fold the paper in half diagonally 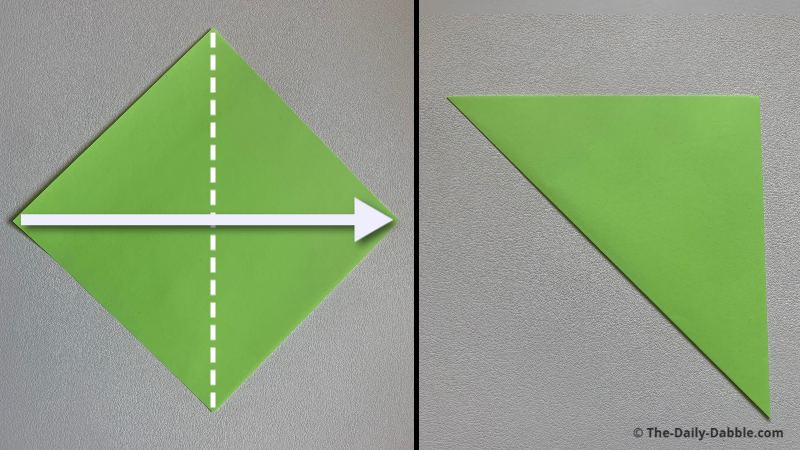 We will be folding the origami waterbomb base in the first four steps.

Fold the paper in half from point to point and then unfold it again.

2. Fold it in half from the other points 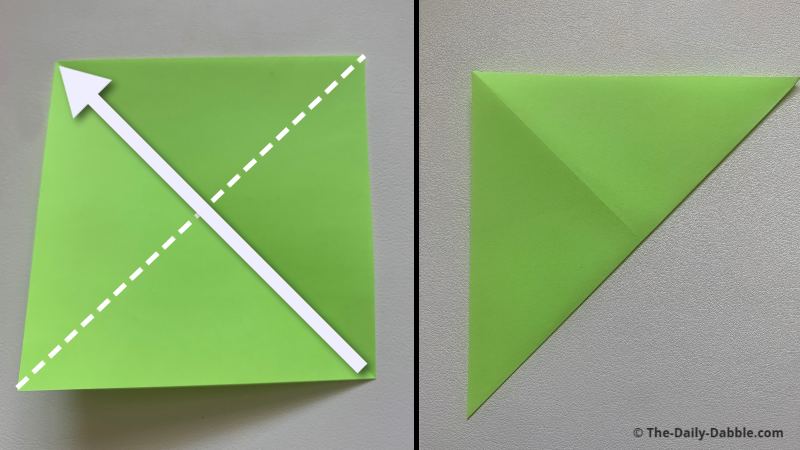 The paper is now be divided in fourths by the creases.

Open up the fold after rubbing the edges to make a crease.

3. Fold the paper in half from one edge to another 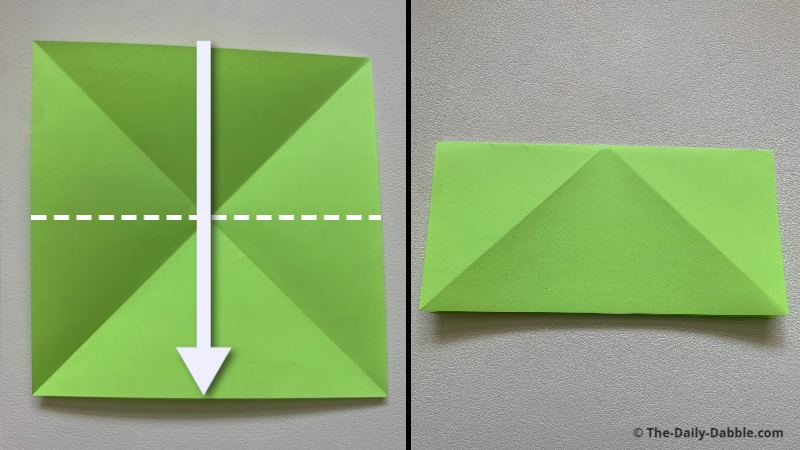 Fold the paper in half normally, from edge to edge, once and unfold again.

4. Push in the middle sides and flatten into a triangle 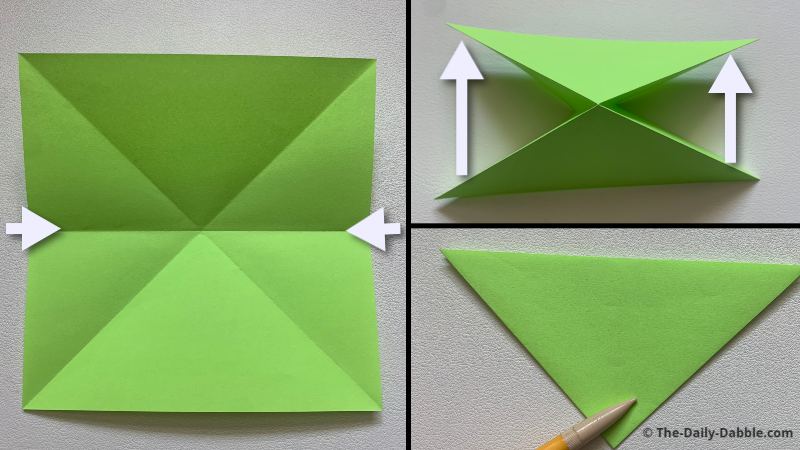 Push the middle sides inward, on the edges where the horizontal crease was just made.

Then you can press the triangle together and then down flat.

5. Bring both top points down to meet the bottom 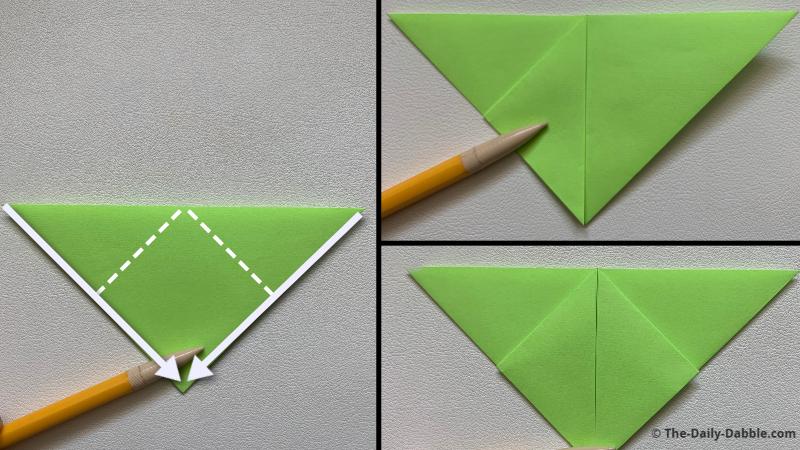 Fold the two upper flap points evenly down to the bottom point.

6. Flip over and repeat on the other sides 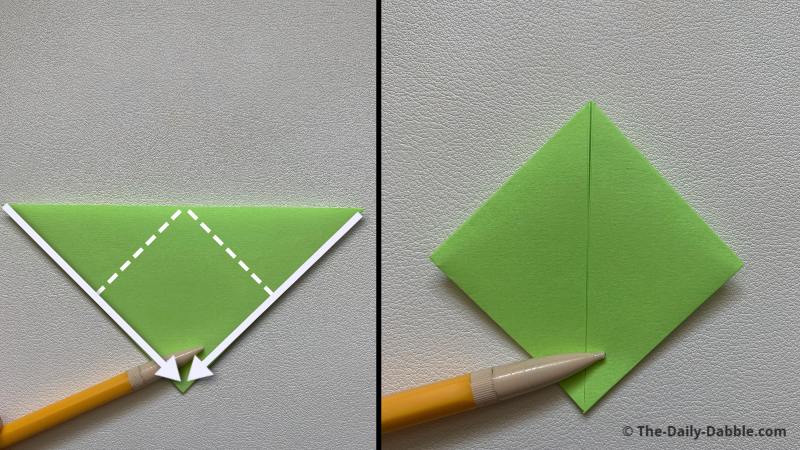 After flipping the project over, fold the top points down just as you did on the other side.

7. Bring the middle points to the vertical centerline 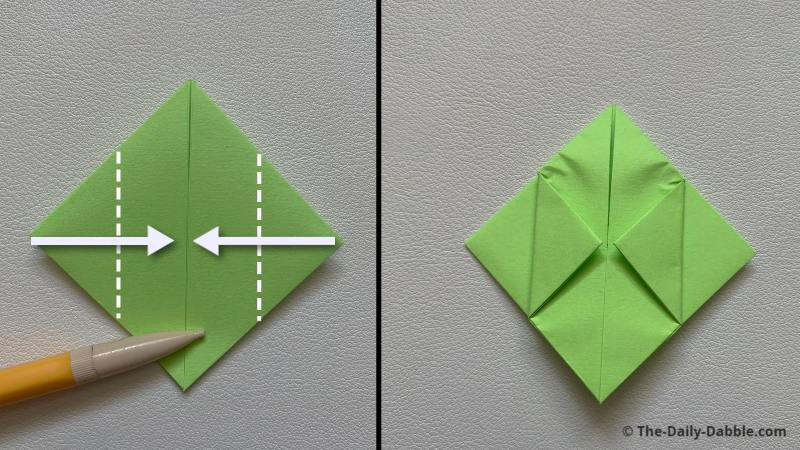 With the open flap tips on the bottom and the centerline vertical, fold both outer edges into the middle.

8. Flip over and repeat the step on the other side 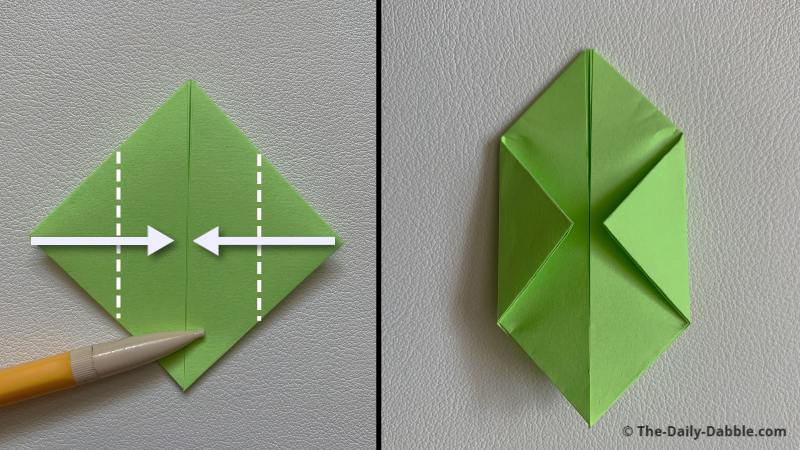 Bring the outer middle tips in to touch the vertical centerline again on the opposite side.

9. Fold the upper flaps of the bottom part up evenly 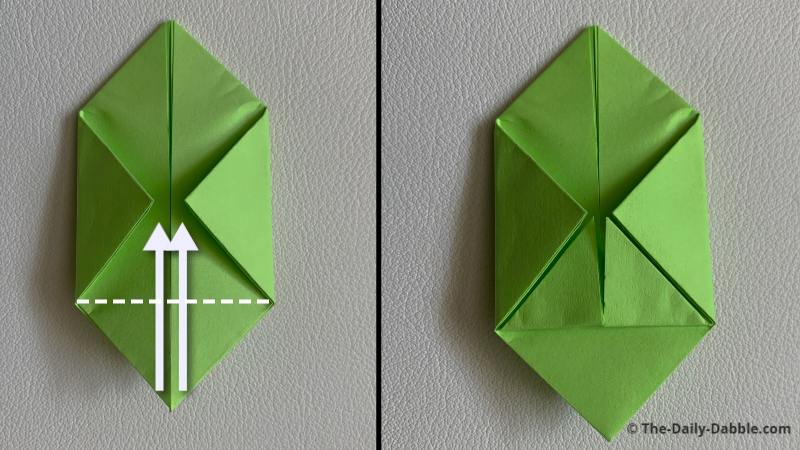 Fold the top flaps of the open side of the flaps up evenly.

10. Fold the flaps again diagonally over the other flaps 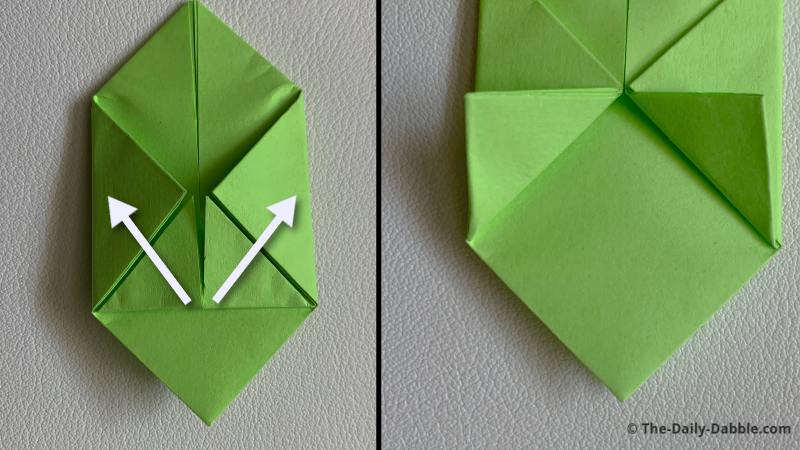 Fold the same flaps separately and diagonally over the middle flaps.

11. Unfold the flap points and insert them into the others 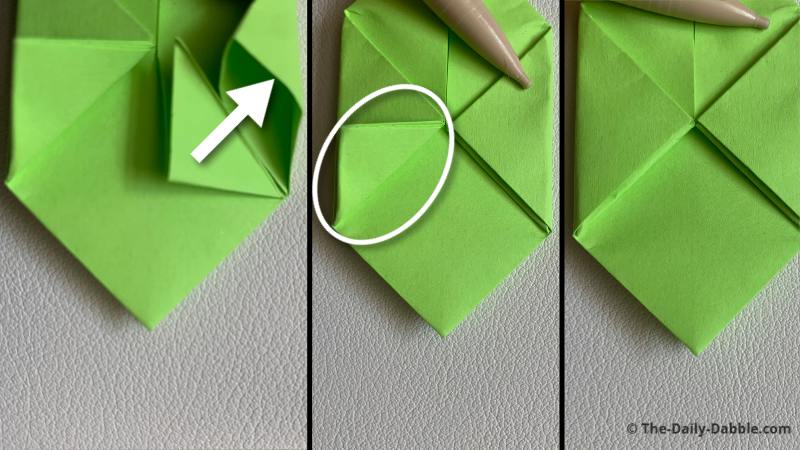 After unfolding the last two steps of the flap-folds, insert the bottom tips into the middle ones.

Using a pen or pencil to push the tips in may help. 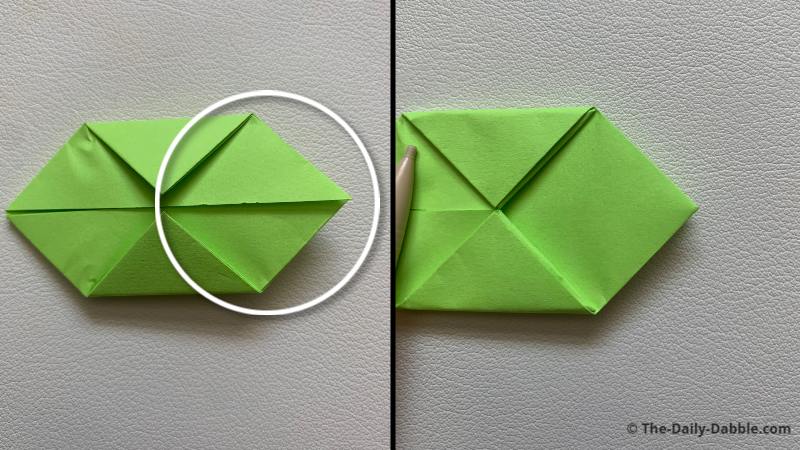 Flip over and repeat steps 9-11 on that side the same way.

We are now ready to blow up this origami balloon.

13. Open up the balloon and blow in the hole to inflate 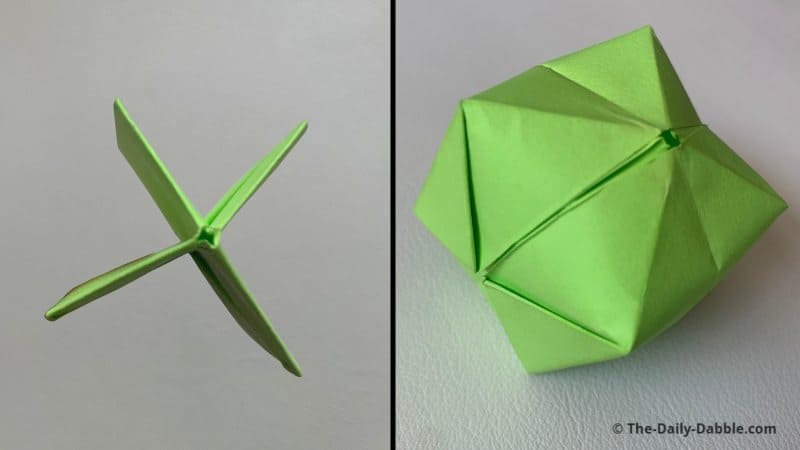 Open up the project into the plus shape, as shown on the left.

It may help to stretch the airway hole with a pen or pencil before inflating it.

People put water in these and throw them, but remember the paper can be hard and sharp.

It also won't hold water for very long as it is, of course, made of paper. 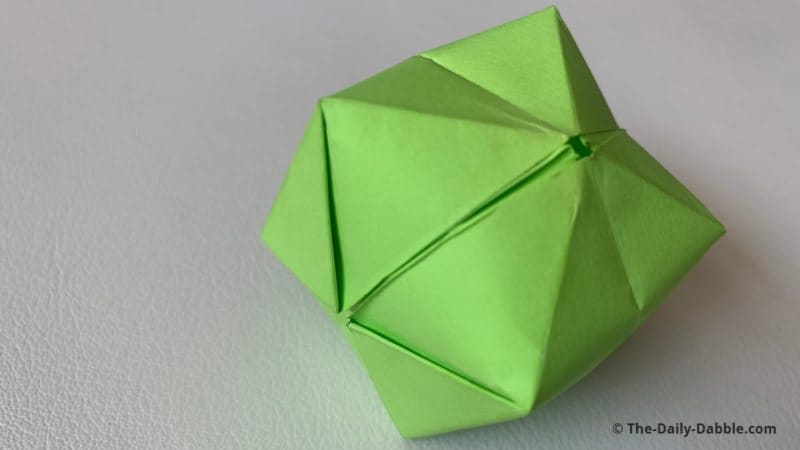 If you want to fold another similar origami project, check out our origami cube folding instructions.