It has been said that hummingbirds are just songbirds that don’t know the words.

These folding instructions show exactly how to fold your own origami hummingbird.

This paper bird is not that difficult and will take about 5-8 minutes to complete.

For more birds like this, also check out our origami birds collection when you’re done for more awesome bird origami.

I used a solid blue sheet of square origami paper for this tutorial.

You can make a square sheet by cutting a regular paper sheet into a square.

1. Fold the paper straight in half and then unfold 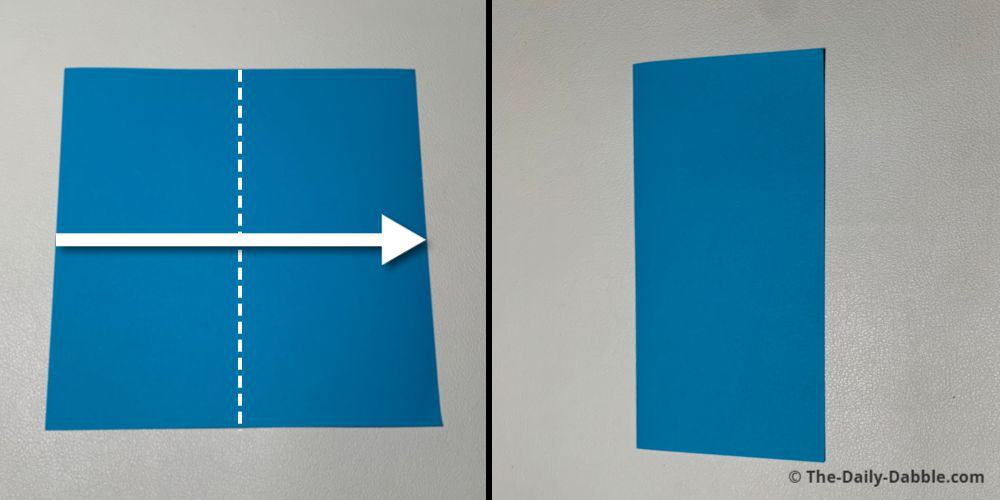 Fold the paper in half from left to right and then unfold it.

2. Fold the paper in half from the opposite edges and then unfold 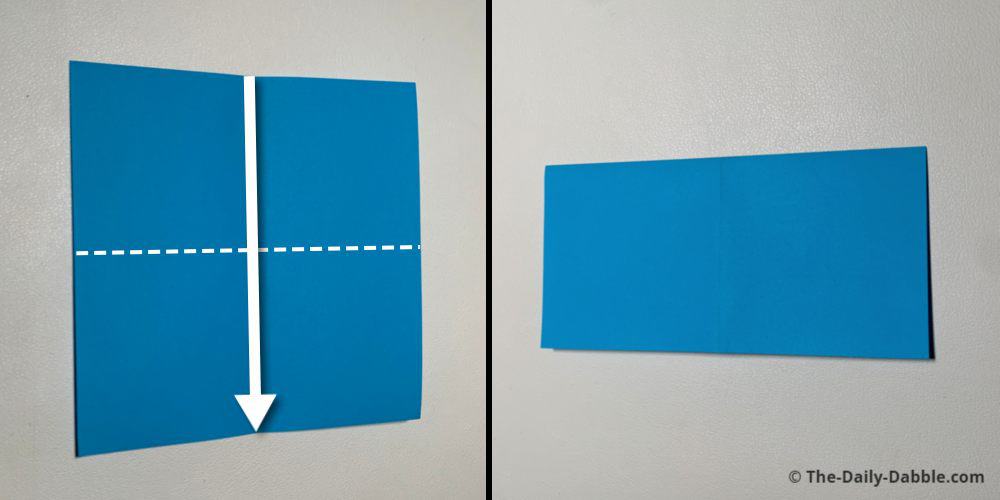 Fold the paper in half from top to bottom and then unfold it again.

3. Flip the paper over and fold it in half diagonally 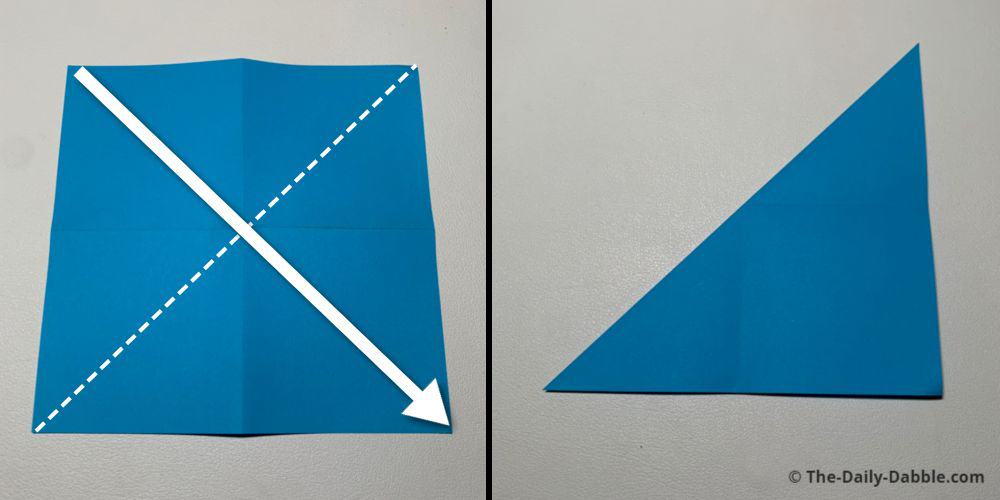 Flip the paper over and then fold it in half diagonally from point to point.

Unfold the paper after completing this fold.

4. Fold the paper in half diagonally from the opposite points 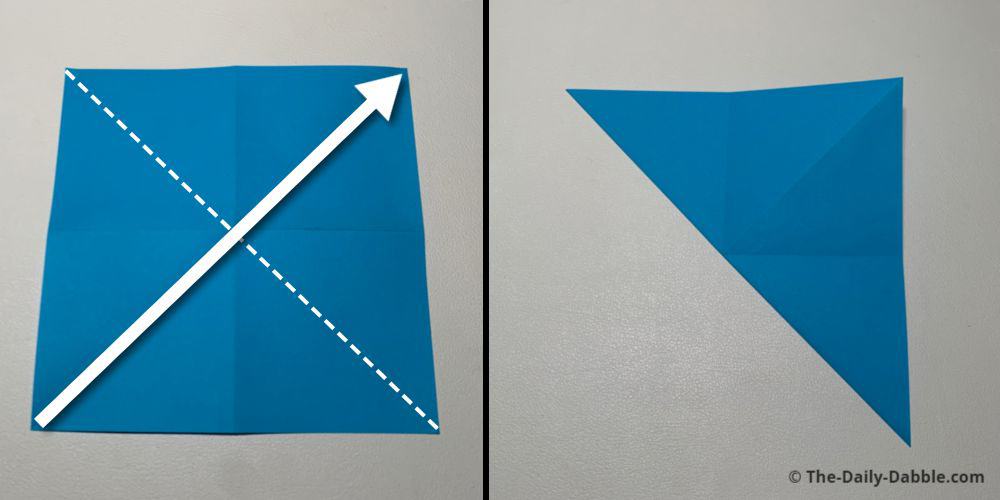 Fold the paper in half again from the opposite points and then unfold it.

5. Push in on the diagonal creases and then flatten the paper 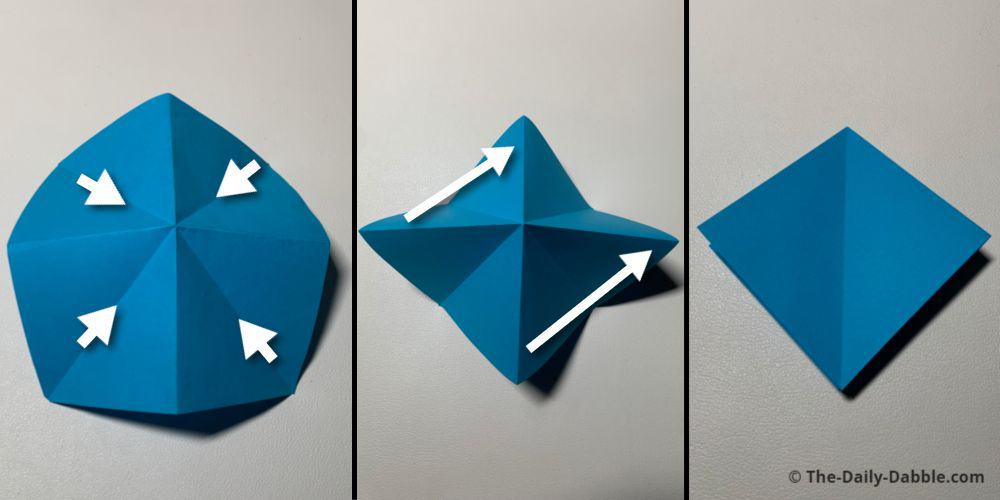 Push inward on the diagonal creases and then down flat into a square.

Origami 101: At this point, you have folded one of the main origami bases called the “square base.” To see other designs that you can make with this same base, check out our square base guide here.

6. Fold the lower edges to meet the vertical center crease 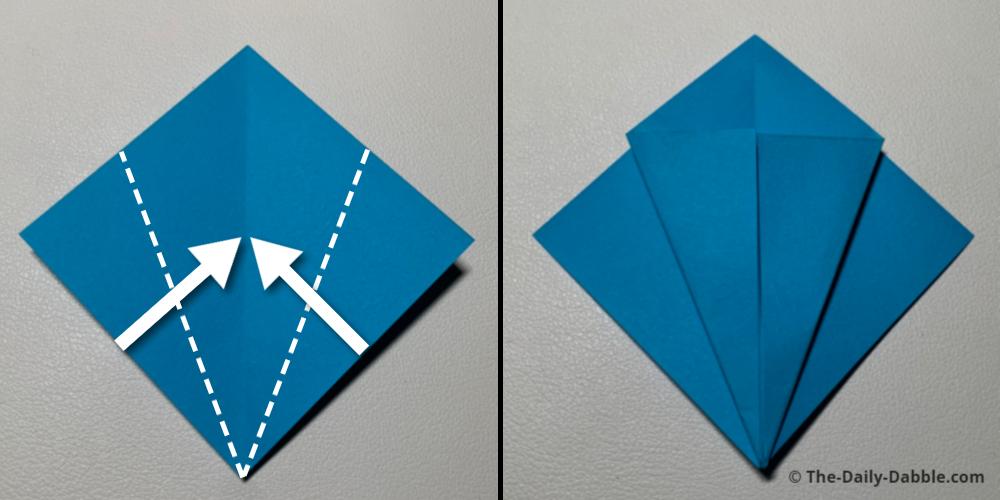 Bring the lower edges to the centerline evenly, and then flip the paper over.

7. Repeat the same folds on the other side 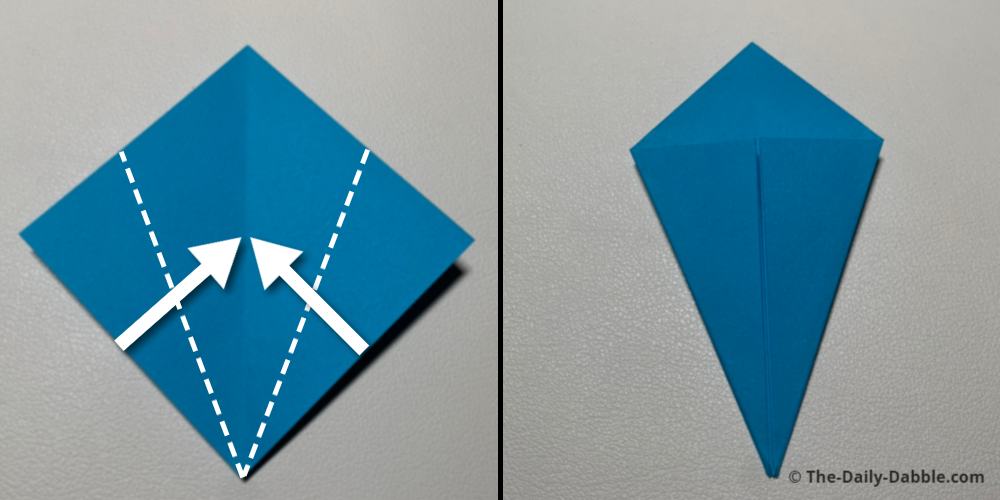 On the other side of the previous step, repeat the process of folding the lower edges to the center.

8. Open up the folds and reverse fold one side in

Open up the folds from step 7 and then the main flap.

Push the left point inward to reverse fold the left side towards the center.

Everything inside should look even and symmetrical.

9. Reverse fold the flap into the center and close 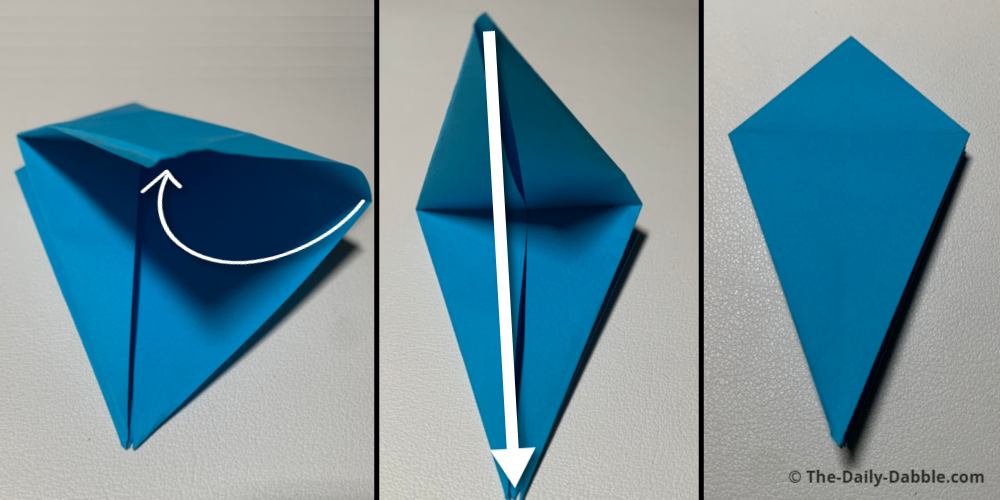 Repeat the same type of reverse fold on the right side to the center evenly and close the top over the flaps.

10. Repeat the same process on the opposite side 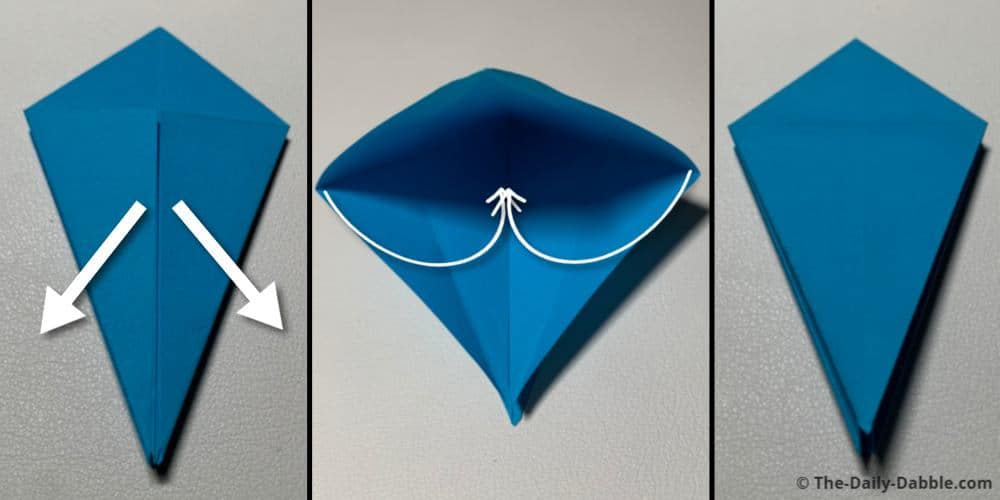 Flip the paper over and open the flaps, just like step 8.

Reverse fold both sides inward to the center the same way as the other side.

11. Flip one flap over and fold in half lengthwise 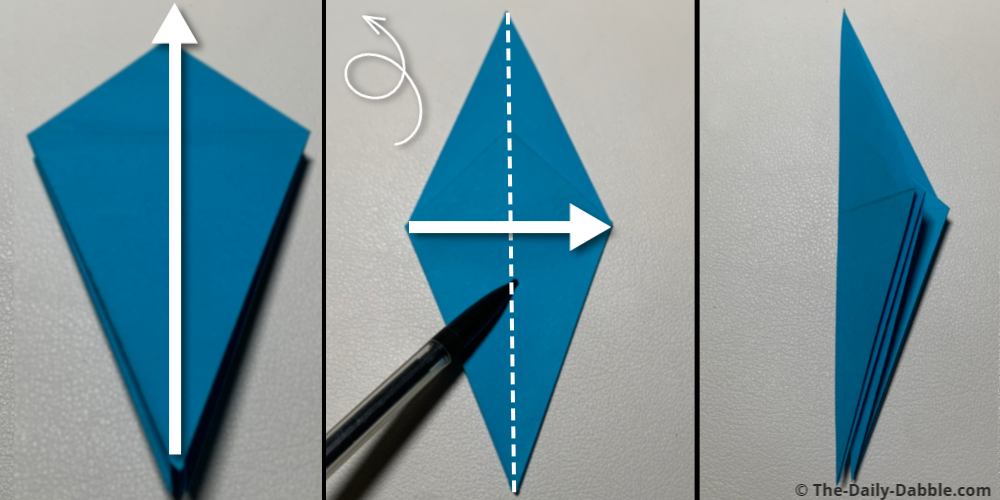 If you close the top flap down in the last step, unfold it back up.

Fold the paper directly in half lengthwise and crease well.

12. Use a reverse fold to make the beak 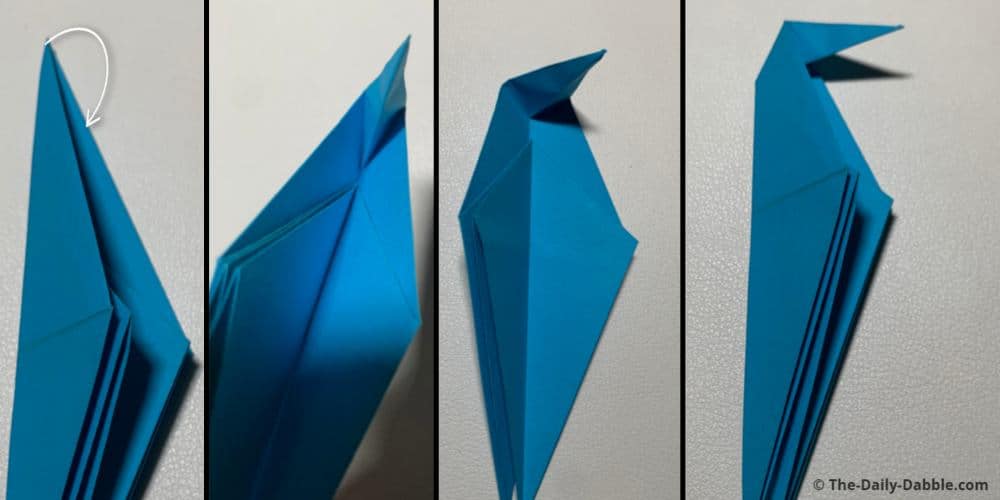 Push about an inch from the top inward to reverse fold a section for the beak.

Close the outer edges over the beak so that it is flat and horizontal.

13. Fold the outer edges of the beak the to the center 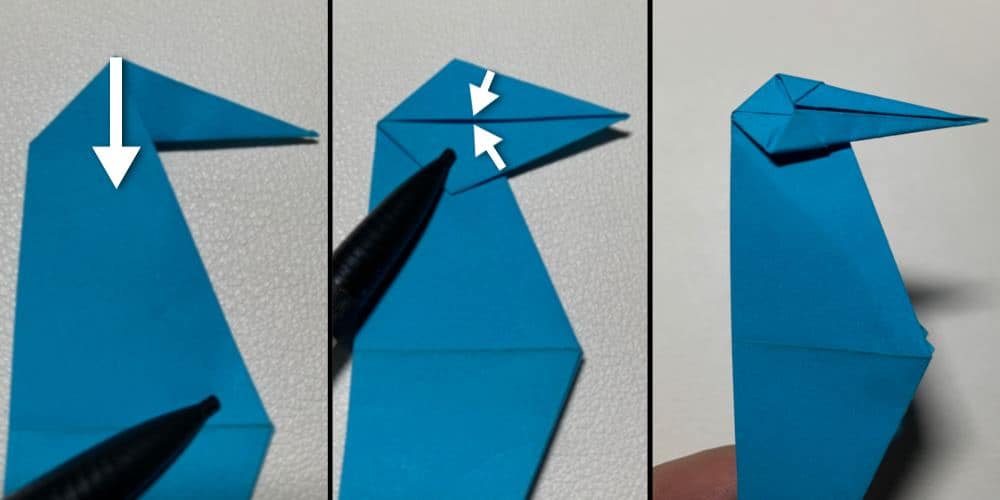 Pull the closest head flap down against the body, and bring both outer edges carefully to the center.

14. Open the pockets and then flatten the excess outward 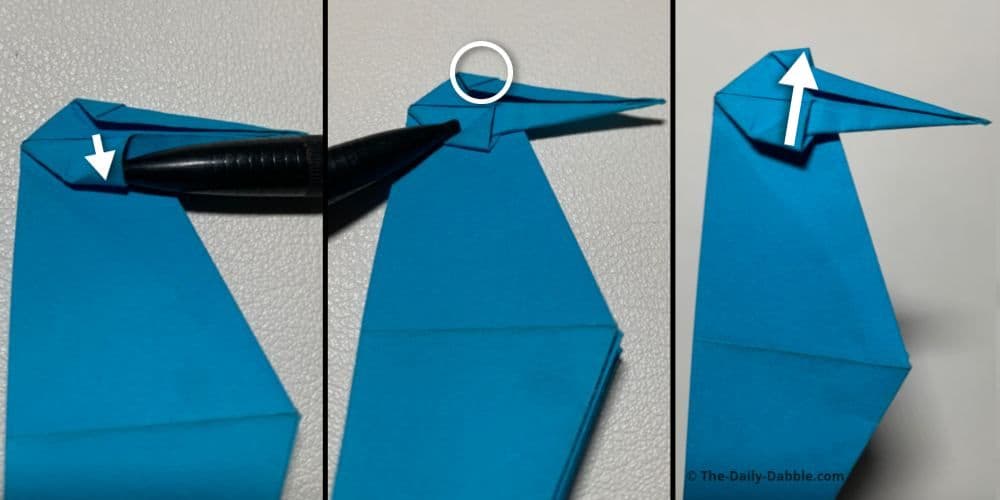 Stick a pen or pencil in the lower pocket to open it up.

Once it is open, pull and flatten the excess down towards the body.

Repeat the process on the upper pocket while pushing the excess up instead of down.

Finish this step by closing the head back up.

15. Fold the paper in half twice from the edges 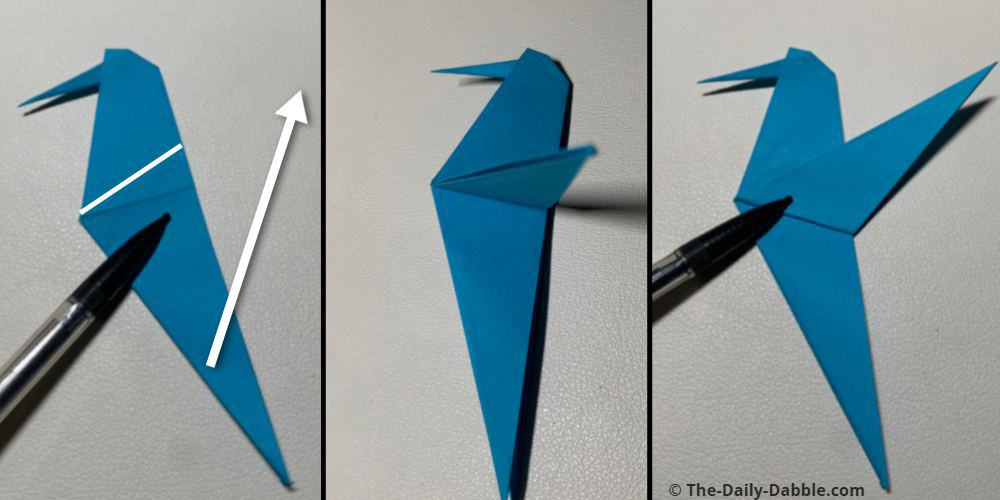 Fold one of the wings diagonally upwards as evenly as possible.

You will still be able to shape the wing how you want later if it is not to your liking at this point.

16. Flip the paper over and fold this wing to match 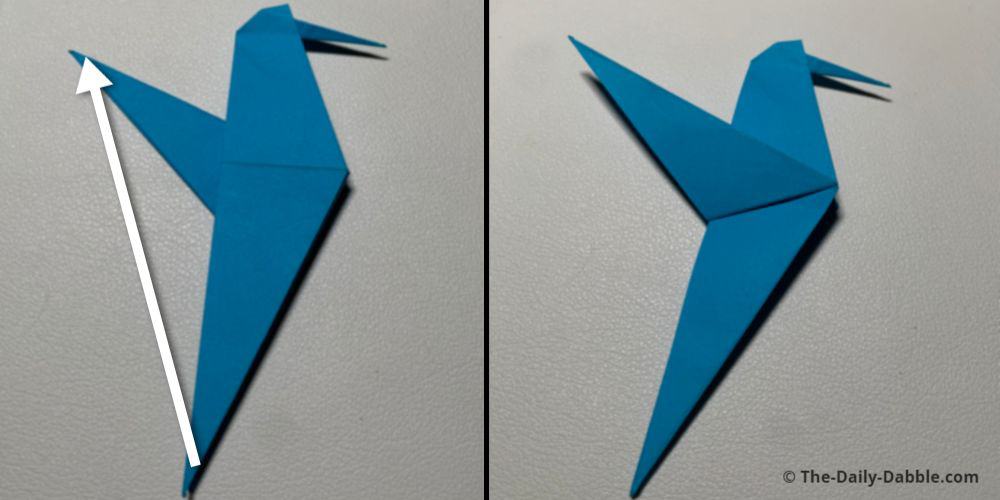 You can adjust the shaping of the wings how you want, and then your hummingbird is finished! 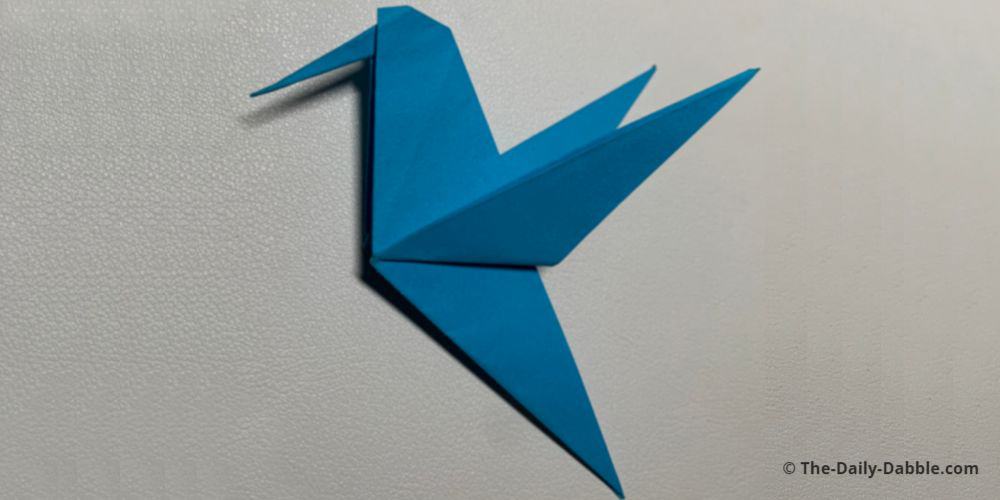 We also have more fantastic designs like the origami bird or origami turkey that you may enjoy!