Nerf Slam Fire: What it is and How it Works

If you are a fan of Nerf guns, you may have heard the term “slam fire” before. This feature or capability is not found on every blaster but can be a lot of fun to use. So, what is Nerf slam fire?

With Nerf guns, Slam Fire is a rapid-fire feature, or mode, that allows you to shoot darts out of certain blasters quicker than normal. To do this on a Nerf blaster, you simply keep the trigger held while you repeatedly prime the gun.

This article dives a bit deeper into how Nerf slam-fire works to help you understand the pros and cons of using it.

How Does Slam Fire Work in Nerf guns? 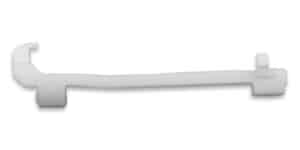 An extra piece sometimes referred to as a “slam-fire bar,” allows the gun to still be primed repeatedly.

Pros and Cons of Slam Fire

Slam-firing your Nerf gun can be fun, but doing so can affect the performance of the gun. Something to remember is that it’s just a simple feature that doesn’t have to be used.

The good things about slam fire are being able to shoot darts faster and the ability to surprise your enemies in a Nerf war.

The obvious reason people slam fire is to increase the firing speed of their Nerf gun. I mean, if there is a way to fire faster, you are probably going to try it. The feature is fun and generally harmless.

Some blasters that you would think are designed to shoot slow can be slam fired. For example, the BASR-L, one of the best Fortnite Nerf guns, is a sniper-style blaster that can be unloaded super fast.

Slam fire is enjoyable when your opponent doesn’t know how to do it or that it is even possible.

The cons of using slam-fire include decreased accuracy, decreased velocity, and a chance to mess up darts.

While you are sliding or pulling the primer as fast as possible, you will naturally be a bit less accurate. Is the solution charging like a madman to get a bit closer while slam-firing? Only time will tell.

There is almost always going to be a slight decrease in ammo velocity when firing rapidly in this way. When priming rapidly, you don’t get the full force of the spring power every time.

Saying this just ruins the fun, but using slam fire puts you at a bit more risk of damaging something in your gun. Aggressive racking of the slide, or priming handle, could mess up parts. Darts can also be ruined if they get jammed and you keep trying to fire fast.

Is a gun worth buying just because it has slam fire? Probably not, but here are some notable Nerf guns with slam fire if you are looking for one.

How to Tell if Your Nerf Gun has Slam Fire

If your Nerf gun is battery-powered or single-shot, it won’t be able to slam fire.

The easiest way to check if your blaster is capable of slam fire is by attempting it. Make sure your gun is fully loaded, then hold the trigger while continuously priming the gun.

You also can buy DIY installation kits for specific blasters that allow you to install parts to enable slam-fire.

Some Nerfers don’t like slam fire, but it’s one of those things that’s just a fun option to have. It will not make or break the outcome of Nerf gun game, but it can add another element to liven things up.

If you use the feature aggressively, there is a slight risk of more wear and tear. However, it is sure a lot of fun!