What Does SOS Stand For? [Meaning and Origin]

Pretty much everyone has heard of this Morse code distress signal, but there is still some confusion about what “SOS” really stands for.

“SOS” is not an acronym and so it doesn’t stand for a specific three-word expression. It is an abbreviation chosen as the international distress signal because those letters are the easiest to recognize and remember in Morse code. Phrases like “Save Our Ship” or “Save Our Souls,” were phrases likely made up by early users of the signal.

SOS is also a great visual choice because it is a palindrome ( a word that is the same when read backward or forwards) as well as an ambigram ( a word that reads the same upside down as it does right-side-up.

What Does SOS Stand For in Morse Code?

Have you wondered what SOS is in Morse code?

An S is represented by three dots, and an “O” is three dashes in Morse code. Therefore, in the code, an “SOS” is three dots, three dashes, and three dots again(• • • ─ ─ ─ • • •). The letters don’t individually stand for anything, but in sequence they form a distress call letting listeners know the sender may need help.

It is easy to remember and hard to confuse for anything else if you are even somewhat familiar with the code.

Let’s look at how this signal became the universal call for help and exactly how one can send an “SOS.”

Language barriers often hinder communication, but when it comes to emergencies, we really need our calls for help to be understood loud and clear.

In the early 1900s, different companies or even countries had their own emergency communication and signaling versions. Sometimes rescue was made very difficult or even impossible with many different ships using different languages.

As the number of boats on the water worldwide grew and grew, it seemed clear there needed to be some better universal communication for safety measures.

The German government first adopted the SOS signal in 1906 and later that year proposed its widespread use at the first International Radiotelegraph Convention in Berlin.

It was accepted by many countries who attended the convention, and the agreement officially went into effect on July 1, 1908.

From there, SOS started to take the place of the CQD signal, which is believed to be one of the first distress signals accepted for radio use. 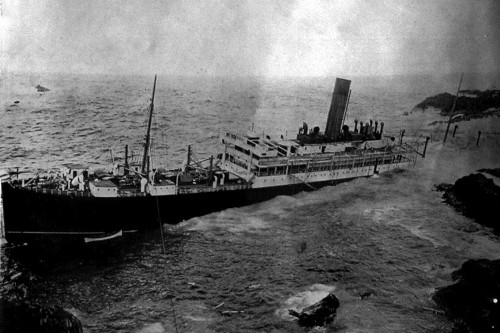 The first actual reported use of the SOS signal came in 1909. The RMS Slavonia sent the first SOS recorded when the ship ran aground and became stranded. This emergency signal was clearly received, and all crew members and passengers were rescued safely.

There was some resistance to adopting and using only SOS, which was likely because telegraph operators had just grown accustomed to transmitting the signals they already knew.

In 1912, when the Titanic set sail, the older distress signal CQD was still widely used even though sailors knew of the newer SOS signal.

The Titanic actually used both the old CQD and the SOS signal distress as it sunk. Famously, after the captain spent attempting to communicate signals of danger with CQD, the junior wireless operator turned to the captain and said, “Send SOS. It’s the new call, and it may be your last chance to send it.” After that, they alternated between the two signals. Unfortunately, in this case, rescue came too late for the Titanic.

How to Send an SOS

It is really not that hard to learn how to send an SOS.

SOS can be sent in any way Morse code can—for example, light signals, sound signals, and even blinking. It can also be used and recognized visually by spelling out the actual letters for people to see. 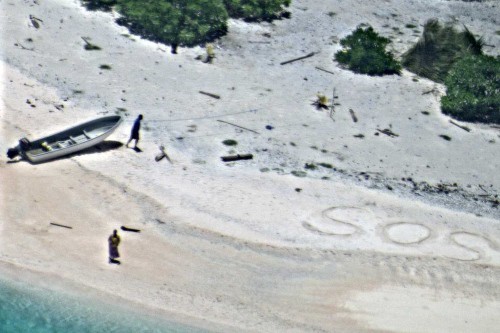 One recent example of this occurred in 2020, where three Micronesian sailors got stranded on a remote island and were saved when rescuers from the air saw the big letters “S-O-S” written on the sandy shoreline.

Normally when sending a word in Morse code, there will be brief pauses between letters and words to help make the signal clearer.

The “SOS” signal is not meant to be the letters “S-O-S” spelled like the word but actually a continual string signal with no pauses.

It is also not meant to be the whole message but rather just the procedural sign, or start, of an emergency message.

SOS in Morse code is “• • • ─ ─ ─ • • •,” and the simple rule to remember when sending it is that the dash signals should be around three times as long as the dots.

However long it takes you to send the dots, make the dashes three times longer and repeat the dots.

Here is an example of what an SOS signal sounds like:

SOS is still commonly known and used but was officially replaced for use on ships and aircraft, in 1999, by the Global Maritime Distress and Safety System (GMDSS).

This new system includes a higher-tech new digital system that includes automated signaling and coordination to help make location and rescue much easier.

These days you can find an Emergency SOS feature within arms reach and available on most phones. This feature can assist a person with quickly signaling an emergency.

It usually involves pushing some button combination that will make an alert and call the local authorities. 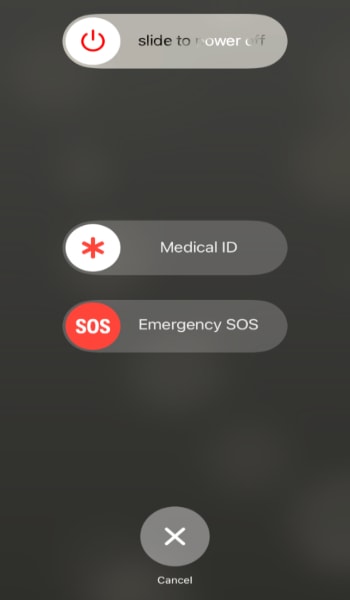 You can sometimes even add an emergency contact, and the feature can text them your location.

Obviously, this version of SOS won’t help you if you get stranded at sea, but it is another example of how the SOS is still going strong over a hundred years later.

To learn more about these features for iPhone and Android, and make sure they are set up on your phone, visit HERE.