You may have noticed that all cast iron cookware is black and wondered what gives it that color. 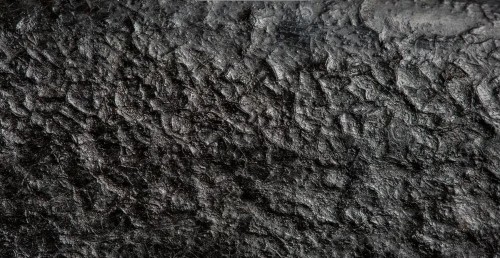 The black color on cast iron is a safe protective layer, also called a seasoning layer, made of a carbonized oil like linseed or flaxseed.

This layer gives cast iron cookware its non-stick surface and also protects it from rusting, which unprotected iron is very susceptible to.

The iron itself underneath has that typical shiny silver metal color which you would see if you polished or sanded down your cast iron. 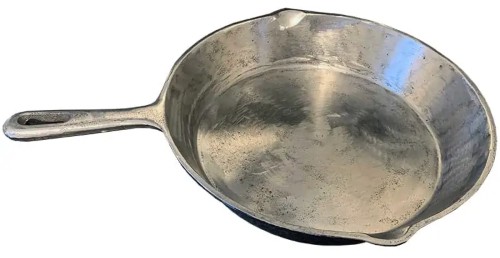 Also, while cast iron is mostly iron, it does contain 2 to 3.5 percent carbon that can add to the color, as carbon is black.

The added carbon is actually what helps make the surface of cast iron slightly rough.

How is the Black Coating on Cast Iron Made?

As the name clearly depicts, cast iron is made by pouring molten iron into sand-based casts to cool quickly in the form at room temperature.

To create the black layer on cast iron, manufacturers will coat the iron with non-toxic oil while it's still hot, or bake it on later to form the polymerized layer.

While this seasoning layer straight from the makers should last a while, many people choose to season their cast iron again to make sure it lasts.

After you put your cast iron to some good use it is a good idea to re-season your pots and skillets again to make sure they are protected.

Each time you cook the seasoning layer on your should keep building if you don't do things like wash it too often with harsh soap or use your cast iron to boil water.

Is the Black Coating on Cast Iron Safe? 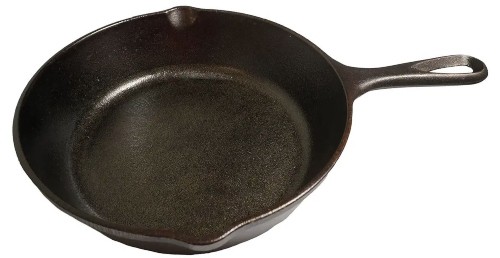 The iron in your cast iron cookware can leech into your food but most people view that as a good thing.

Yes, the coating on cast iron is safe as the metals that can leech into your food are not harmful.

To avoid excessive leeching try not to cook super acidic foods with this cookware.

Cast iron cookware has been used for centuries and has not been proven in any way to be unsafe.

There are plenty of benefits of using cast iron including durability and even getting a little extra iron in your food.

Many people choose to cook with cast iron specifically to avoid other cookware with possibly harmful non-stick coatings.

However, you should avoid cooking with visible rust, gunk, or black residue build-up that could be harmful.

To ensure your protective layer is safe make sure your cast iron is shiny and clean after seasoning.

Sometimes your cast iron can be sticky after seasoning, and you will want to correct this before you proceed cooking with it.

A sticky seasoning can usually be corrected by wiping away excessive oil and by applying heat once again.

The safest way you can cook with cast iron is to clean it well after each use and to re-season it often.

This will also ensure that it stays in good condition and lasts for a very long time.

3 Ways to Clean Black Residue Off a Cast Iron Skillet