The Daily Dabble / Skills & Hobbies / Card Throwing / How to Throw a Card Fast, Far, and Accurately - A Complete Guide

Good news, with this guide and a little practice,  you’ll accomplish things with simple playing cards that you perhaps thought impossible.

There truly is nothing like slinging a card across the room and accurately demolishing your desired target!

So let's push the limits and learn how to throw a card fast, far, and accurately!

And if this is your first time throwing a card, be sure to check out our beginner's guide on how to throw a card. After you have learned the basics, come back to this guide and learn how to refine those skills to become a sharp-shooting, card throwing machine!

No matter what your goal is—speed, distance, or accuracy—, there are several things that will affect the flight of any card.

Simply understanding the things that help or hinder the aerodynamics of a card can have a significant impact on all areas of throwing and your progression with this awesome skill!

So let's look at some factors that affect speed, distance, and accuracy! 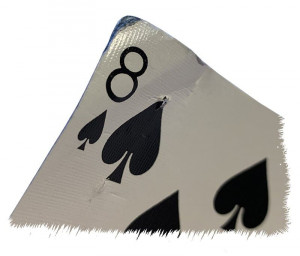 One of the greatest factors that will affect the flight of your throwing card is how much drag it is encountering – or how much the air is pushing back on the card as it moves forward.

In a nutshell, the less drag your card encounters, the faster and further it will go.

The best way to minimize drag is to use playing cards that are not bent, torn, nor scratched. So if the cards you are using are beaten to crap, maybe consider picking up a new practice deck.

Additionally, one of the best card throwing targets you can use while learning how to throw cards fast is a simple bed sheet. It's soft, cheap, and will significantly extend the life of your cards!

Next up is the type of card that you are throwing.

As we learned above, the greatest hindrance to a card's ability to fly is drag. But even if our cards are brand spanking new they can still experience drag by bending and warping in the air.

The type of card that you use can be critical to your success. If you use a poor quality card that is too soft or fragile it will only flap like paper in the wind.

So use quality cards that require a little more effort to bend or even check out our recommended card! Banshee Throwing Cards: Review & Guide or check out these awesome cards here!

Imagine for a moment that you have a ball on the end of a string. What happens if you begin to swing that ball around in a circle.

As you might know from experience, the ball will fly outward and pull the string tight as it twirls in a circle around you. This outward pulling that is occurring to the string is called centrifugal force and occurs to any object that spins – including playing cards.

As a card spins, centrifugal forces pull outward on the ends of the card in the direction of the spin. This keeps the card from flipping around in the air and acts much like gyro or top!

It also helps keep the card from warping or bending during flight, which is helpful for minimizing drag.

If you would like to witness this effect for yourself, simply observe the difference between dropping a card and spinning a card.

So to conclude, learning how to throw cards fast, far and accurate absolutely requires you to apply as much spin to the card as possible!

This wraps up the universal factors that affect the flight of a card. Now let's get into the nitty-gritty of each goal of card throwing!

How to Throw a Card Fast

The secret sauce to throwing a card fast lies both in how much whipping power is behind the card and how straight it leaves your hand.

So let's break both components down to their bare-bone technique so that you can practice and refine them individually. Then when you are ready, combine what you have learned from each and you'll be a card throwing machine in no time!

Let's begin with how to release a card straight as it is easier to practice and takes less of a toll on your arm! 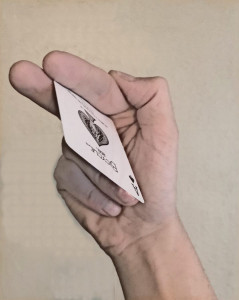 The straighter you release the card, the less initial drag there is to slow it immediately slow it down.

To practice releasing your cards straight, simply grip a card like you are about to throw it and slowly rehearse the entire motion that you would go through when throwing.

Take note of how your body moves throughout the process and the form your hand takes at the end of the motion.

Continue to go through this movement while increasing your speed until the entire motion feels flawless and you end up with a level hand each time!

Alright, so you can release the cards straight, now it's time to put a little power behind them!

When it comes to throwing cards, power primarily comes from the whipping of the wrist and arm. If you effectively master and utilize both to their full potential, the card is going to move with some extreme force!

Grip a card as if you are about to throw it and only using your wrist – whip the card! If you need to, hold onto your bicep to keep it from moving.

Simply practice this motion of whipping cards with only your wrist while doing your best to maintain the form that you worked on above!

Note: When practicing with just your wrist, you'll have absolutely no accuracy whatsoever – at least at first. Cards will be flying in all directions. However, what you will begin to notice with time is that even though you are only using your wrist, the cards will be moving VERY fast. With a little more practice you'll begin to dial in the accuracy and be able to whip cards very quickly and accurately with only your wrist! 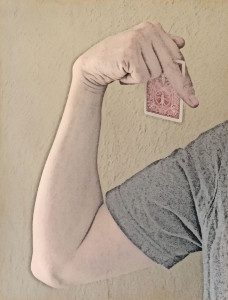 Once you've got wrist slinging down, it's time to add the arm!

Taking everything that you have practiced prior to this point, wrap your arm backward until the card is sitting near the top of your shoulder.

With as much force as you can, whip your arm forward while at the same time whipping your wrist as you have been practicing!

Ensure that you are maintaining and ending with good form and you should see a significant difference in how fast the card leaves your figures!

Your accuracy may once again significantly suffer as you relearn how to implement your arm into the throwing equation. But with time, practice, and maybe a little help from the next section, you'll quickly become a sharpshooter with playing cards!

Summary: How to Throw a Card Fast:

Step 1: Slowly rehearse the movement of throwing a card, ensuring that your figures are level and pointed straight.

Step 2: Practice whipping cards using only your wrist, ensuring that your figures are level and pointed straight.

Step 3: Next, wrap your arm backward until the card is sitting near the top of your shoulder, and with as much force as you can, whip your arm forward while at the same time whipping your wrist. Ensure that your figures are level and pointed straight.

How to Throw a Card Accurately

Throwing a card with extreme accuracy is mostly a matter of practice and developing muscle memory. 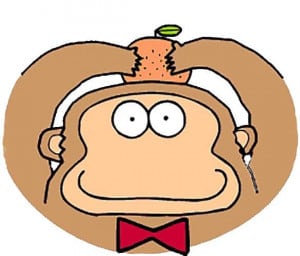 However, there are several things you can do to expedite the process!

Firstly, you absolutely need to practice releasing your cards straight!

As we discussed earlier in this guide:

In addition to that, there are two other things that can make a tremendous difference

As many martial artists, swordmasters, and even gunslingers will tell, having the right footwork can sometimes make or break you! 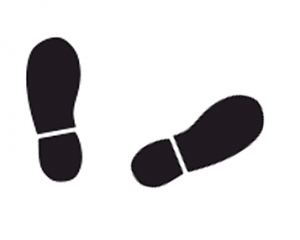 This may seem counter-intuitive – at least it was to me – but the best stance for throwing cards is to point the opposite leg to the arm you are using to throw forward, while the other foot is pointed outward 90-degrees.

This stance will ensure that your body is facing the way you are throwing to help maximize accuracy!

Also, try your best to always practice using this stance. If you swap up your footwork you risk disrupting the patterns and muscle memory that you have been working to build and your accuracy and all the work you have put into refining it will suffer.

A common truth for anything in life, you can only make progress if you have a goal in mind.

It's also really hard to visually gauge your progress and current skill if the variables are always changing.

So give yourself something to aim at and make a target – preferably using something soft so you don't dent your cards!

Summary: How to Throw a Card Accurately:

Step 1: Rehearse throwing a card straight, ensuring that your figures are level and pointed straight – much like a gun.

Step 2: Practice whipping cards using only your wrist, ensuring that your figures are level and pointed straight.

Step 3: Next, wrap your arm backward until the card is sitting near the top of your shoulder and with as much force as you can, whip your arm forward while at the same time whipping your wrist. Ensure that your figures are level and pointed straight.

How to Throw a Card Far

Throwing a card as far as possible is simply the combination of learning how to throw a card fast and accurately.

If you can learn how to release a card as straight and accurate as possible with minimum drag, as well as providing it will as much force as possible, the card is going to go very very far.

This being said, if you want to add as much distance as possible, practice giving the card as much spin as possible! This will keep the card straight for much longer.

So if your goal is to simply throw a card far, follow and apply all of the advice above, and with a little practice, you'll be setting the new card throwing world record soon!

Summary: How to Throw a Card Far:

Step 2: Practice whipping the card with your wrist and then combine the motion with your arm.

Step 3: Train your accuracy so that the card follows a straight path and reduces drag.

Step 4: Ensure that you are giving the card as much spin as possible which will help it stay straight for long distances.

There you have it! Everything you need to know to throw cards like a pro!

Remember, throwing cards is nothing more than learning how to turn a card into an aerodynamic projectile.

Do your best to reduce drag by using high-quality and replace them often!

Practice each of the components listed in this guide and don't get discouraged if you don't see progress right away!

Take the stairs to mastery one step at a time and keep plugging away at this awesome skill until one day your sticking cards into an apple at 100 feet away!