To most effectively use the Morse code flowchart below, consider using the following training exercises!

To best use this flowchart, consider printing out the chart below and using your finger to trace the lines from the starting point.

Every time you trace your finger up a square, do your best to say aloud “dit” and for every square down, “dah.” Simply verbalizing each symbol will have a significant impact on how quickly you learn.

Also, if you are new to Morse code and would like to learn more, be sure to check out our Morse Code Beginner’s Guide as well as our growing Morse Code Archive!

In this first exercise, we will use the flowchart below to begin memorizing the Morse code alphabet and numbers.

Begin by placing your finger on “Start Here” and slowly slide it upward to the first square while saying aloud either “dit” or “dah” as well as the character you landed on.

In this case, one movement upward would be “dit” and the letter “E.”

After completing the letter, move your finger back to “Start Here,” and this time move two square up. This would be “dit dit” and the letter “I.”

Continue exploring the rest of the chart in this manner until you’ve covered each character. Do this 3 times a day for a week before continuing on to exercise #2.

Time to test your knowledge! Pick a random letter or number and in your mind, think of the Morse code that represents that character. Then without locating your determined character on the chart, begin vocalizing your character using “dits” and “dash” while moving your finger around the chart.

For example, I choose the letter “F.”

In my mind, I think “F” is “dit dit dah dit.” Without looking for F on the chart, I’ll begin to test my theory.

My theory was right, and I remembered where “F” was.

Continue to test yourself like this until you make zero mistakes before moving on to the next exercise!

Okay, so this last exercise is a very powerful technique that will show you exactly where your weak spots are.

On a piece of paper, draw out the entire Morse code flowchart using nothing but your memory.

If you can’t remember a couple of letters, draw out what you can and then try and deduce the remaining characters. 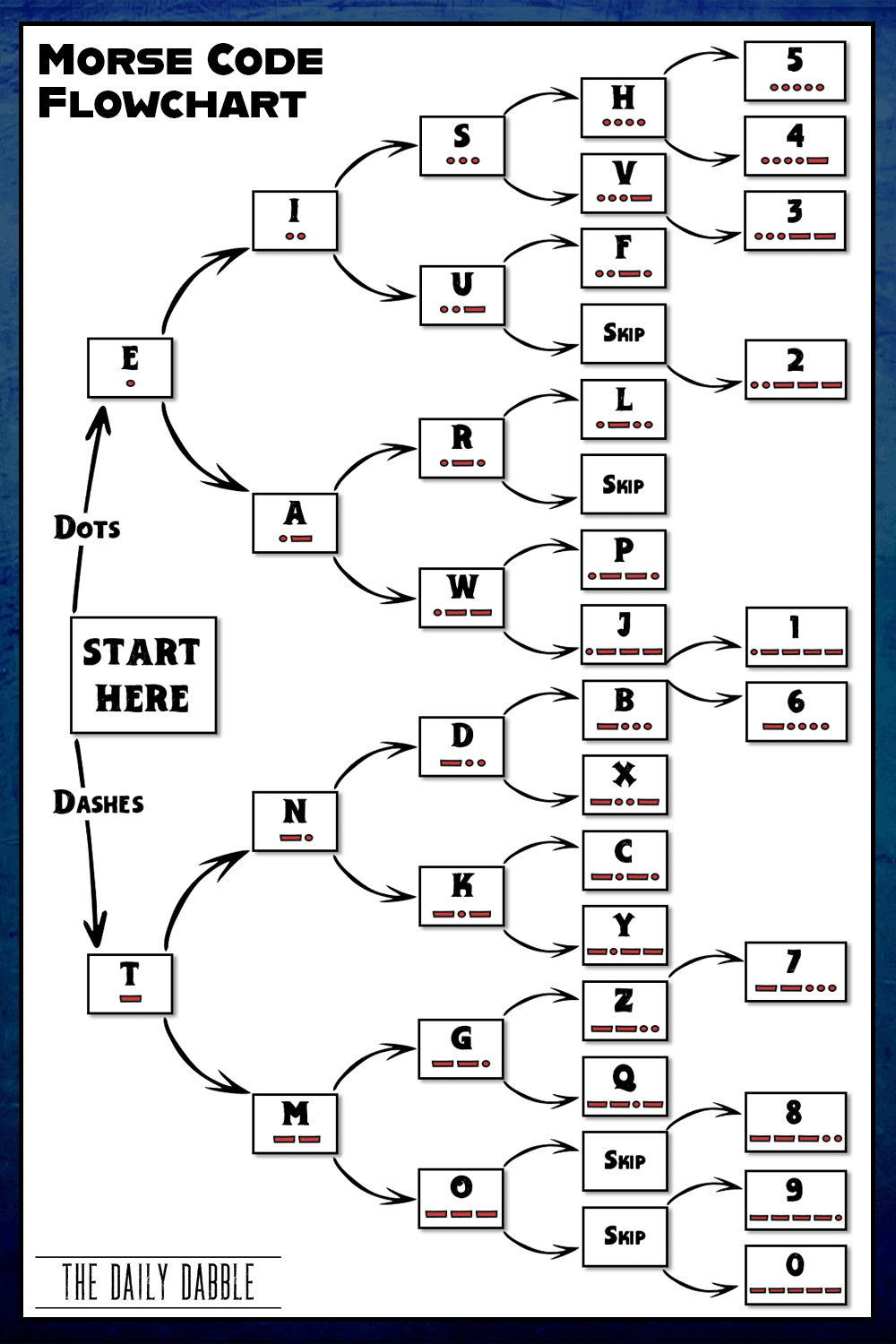