The Daily Dabble / Food & Drink / Pizza / Pineapple on Pizza: The Origin of Hawaiian

The debate on whether pineapple should be on pizza seems never-ending. Whatever your opinion on the matter is, the truth is that there are people who absolutely love Hawaiian ever since its origin.

Hawaiian pizza was invented in Canada by Sam Panopoulos in 1962, a Greek man who immigrated there. This famous type of pizza, topped with pineapple and ham, doesn't have any known Hawaiian or Italian origins. This pizza was created at a restaurant in Ontario and was named "The Hawaiian" after a brand of canned pineapple that was first used to make it.

Technically this means just as regular pizza has Greek origins, so too does the invention of the Hawaiian pizza.

Let's dive a little deeper into how this pizza was created and what makes it such a hot topic for debate.

How Hawaiian Pizza Was Invented

The creator of Hawaiian pizza, Sotirios "Sam" Panopoulos, was born in Greece but emigrated to Canada in 1952 at the age of 20.

Not originally in the cooking business, Sam got his first Canadian job working in the mines of Ontario. He was soon able to open his Satellite Restaurant in Chatum, Ontario, with his brothers, where they started to sell normal American cuisine as well as Chinese food.

As the story goes, they simply had canned pineapple, and it ended up as a topping on a pizza through experimentation in the kitchen. Naming the pizza was not as creative as one might expect either. Sam simply used the name of the brand of canned pineapple he used in the restaurant, "The Hawaiian."

With some uncertainty, he served pizza with pineapple and ham to customers, but nobody seemed to like it at first.

After what seems to be an initial disproval of his creation, people actually started loving it.

He said that at that time, in the 1950s and 60s, nobody was really mixing sour and sweet foods together like that, outside of Chinese food.

Mr. Panopoulos felt like pineapple on pizza was a success because most restaurant food at the time was simple and bland.

There were a couple of other things that could have helped propel the Hawaiian pizza to fame:

Whatever it was, there was no possible way that Mr. Panoplulos could have known how controversial this type of pizza would become.

Its popularity steadily grew alongside traditional pizza in North America and worldwide, even becoming Australia's favorite pizza in 1999.

Sam sold his original restaurant but started another and ended up working in the food industry his whole life.

Sam Panopoulos reportedly passed away unexpectedly in 2017 at the age of 83, after being married for 50 years and having two children.

The original Satellite Restaurant, where the Hawaiian pizza was born, is still in business today in Ontario.

NOTE: There is a German dish similar to Hawaiian pizza, but that was most likely created before it. 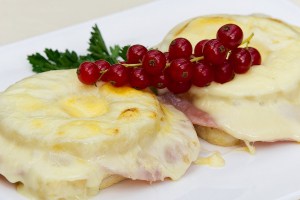 It is called "Toast Hawaii" or "Hawaiian Toast" and consists of bread topped with ham, pineapple, cheese, and a cherry on top.

The Pineapple on Pizza Debate

What really makes pineapple on pizza so controversial? Why does it seem you either love it or hate it?

It always comes down to personal preference, but here are some of the main points of the Hawaiian pizza debate.

Here are the main arguments for pineapple on pizza:

These are some valid points. Some of the best treats are salty-sweet; for instance, look at salted caramel, chocolate pretzels, or my personal favorite candied bacon.

Pineapple is actually an impressively healthy snack. It contains a significant amount of vitamin c as well as manganese and contains some fiber and potassium.

It also has some digestive enzymes known as bromelain that can help ease the digestion process.

For the last point, I think we can all agree that pineapple on pizza is unique and definitely begs the question, What else haven't we put on pizza that might be delicious?

Here are the main arguments against pineapple on pizza:

Again it comes down to personal preference, but one can see how people may feel the flavors don't mix well.

I am not a Hawaiian pizza hater, but I have experienced the soggy crust, which can be saddening.

I know people can be really picky when it comes to textures, but I don't really get that argument as there are so many different textures already on other common pizzas.

Does Pineapple Belong on Pizza?

The obvious answer seems to be that though it is controversial, pineapple does belong on pizza as it has continued to be put there ever since it was created in 1962. For every person that despises Hawaiian pizza, there seems to be another who loves it. The bottom line is that many people enjoy it, and it is not likely to disappear any time soon. 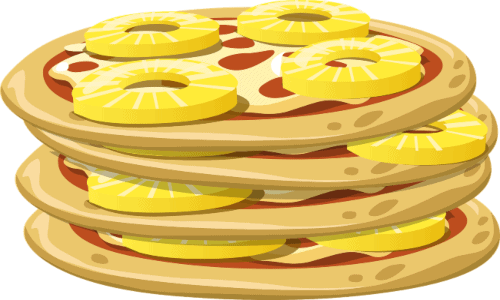 I wanted to settle this debate once and for all, so just like with every other important life question, I went to see what the celebrities have to say about it.

Dwayne "The Rock" Johnson chimed in on the matter, saying, "pineapple on pizza is my JAM - with ham."

Justin Beiber is also a fan and was surprised that some people don't like it. In an interview, he said, "Pineapple on pizza is good; you guys don't like that?"

Even the prime minister of Canada, Justin Trudeau, once declared, "I have a pineapple. I have a pizza. And I stand behind this delicious Southwestern Ontario creation."

On the other side of the fence, other notable people are not afraid to show their disgust for this pizza.

In 2017 the president of Iceland, Gudni Thorlacius Johannesson, joined the debate publically, stating he was totally opposed to pineapple on pizza and jokingly said he would ban it if he could.

Talk show host Jimmy Kimmel seemed to share this sentiment when he said on his show, “Pineapples don’t belong on pizza; I don’t care where you’re from.”

Last but not least, what could be the strongest argument for the no pineapple on pizza gang, Chef Gordon Ramsey has said, "You Don't Put F***ing Pineapple on Pizza."

To me, it is surprising that people feel so strongly either way, maybe because I lie somewhere in the middle.

I will happily eat a Hawaiian pizza, but it is not my first choice.

Nevertheless, pineapple still finds its way on pizza and treats the cheese as a royal throne, seemingly defiant to all the haters.

In the end, the Hawaiian pizza will likely continue its reign as one of the top pizzas despite the naysayers. Where do you stand?