The Daily Dabble / Food & Drink / Cast Iron / Can You Put Cast Iron in the Dishwasher? An Honest Look

Cast iron is not a fragile creature that can be ruined easily. In fact, it is nearly indestructible.

So is it safe to put cast iron in the dishwasher?

In short, it isn't going to permanently ruin your cast iron, however, just because you can get away with putting it in the dishwasher doesn't mean that you should.

There are lots of things that you can do – such as eating 52 Twinkies –, but probably shouldn't.

I hate it when they do that.

Soap Is Bad, But Not Why You Think It Is

So the first reason that you don’t want to throw your cast iron into the dishwasher is that iron is a very porous material, and these pores further expand when heated – such as when scorched by the high temperatures of a dishwasher.

However, the issue here is not the pores themselves, but what we allow to enter these pores.

When you throw cast iron into the dishwasher, you allow soap to seep into the pores. And once the water has evaporated, what is left behind is soap particles just waiting to leech into your next meal.

While I’m sure nobody has ever died from ingesting trace amounts of soap, it’s still something you may wish to consider. After all, one of the great benefits of cast iron is health advantages – what a shame to tarnish that with soap.

So the bottom line here is if you don’t want soap to seep into your seasoning and cast iron, keep it away from the dishwasher!

It Can Kill Your Seasoning 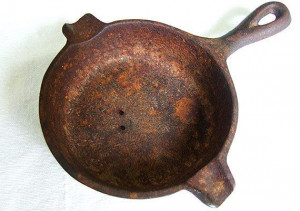 There is an ongoing debate on whether or not soap corrodes your seasoning.

Seasoning is nothing more than an oil coating that has been “heated” to a point at which it transforms into a polymer – also known as plastic.

This is where the soap debate gets interesting.

On one side, you have those who believe that the high heat of a dishwasher, in addition to the oil-busting soap, can weaken and strip your polymerized layer of oil.

However, on the other side, you have those who believe that because this layer of polymerized oil is actually plastic, that it can withstand the high temperatures and that soap will have no corroding effects.

While there is no consensus on which side of the soap debate is correct, if you care about the well-being of your cast iron cookware and your seasoning, it’s best not to risk it at all.

How to Fix Cast Iron After Dishwasher

So let’s say that your cast iron skillet snuck into the dishwasher while you weren't looking.

What can we do to minimize the amount of soap that may have soaked into the pores and restore our seasoning if it was at all damaged?

Remember, cast iron is nearly indestructible. Just follow these five steps, and your cookware will be good as new! 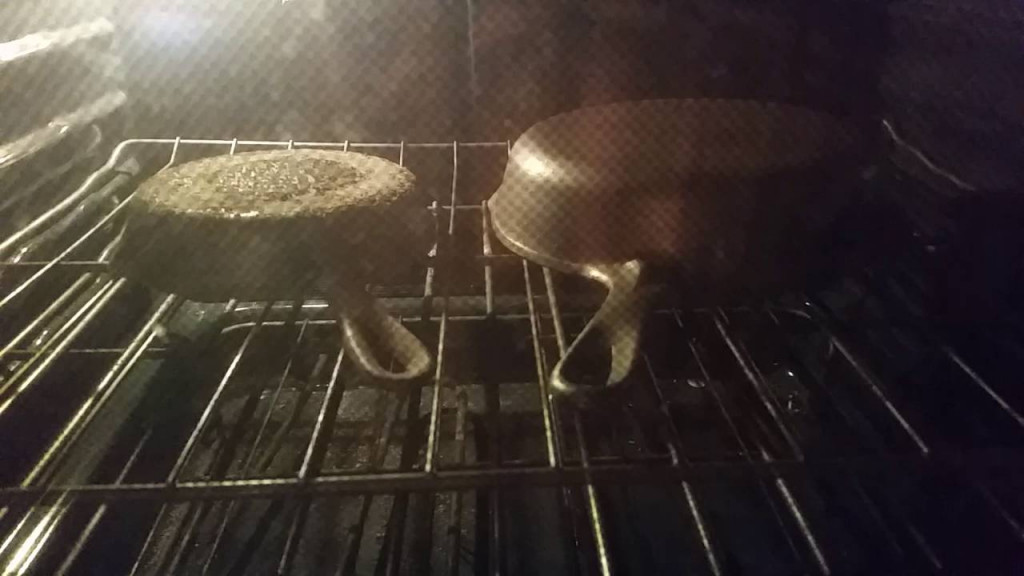 That’s it! You have now done everything you can to pull the soap from the pores of your iron and reapplied a layer of seasoning just in case that run through the dishwasher ruined your previous seasoning.

Cast iron is one of those few things that can get better the more you use it. But to do so, you have to treat it right.

The fact is, there really is no real reason why you should ever need to throw your cast iron in the dishwasher.

Even if it has a nasty layer of black residue, cast iron is extremely easy to clean. Typically all you ever need is a little salt, some warm water, and a rag.

So treat your cast iron right and keep it out of the dishwasher!