Pizza is well-known and enjoyed worldwide, but there is debate on its origin and who actually invented it. It makes sense; who wouldn’t want credit for such a fantastic creation.

Modern pizza was created through Italian influence but seems to originate with the Greeks. Original flatbread dishes that inspired the more saucy versions of pizza today are believed to have originated in the area of Naples, in Ancient Greece. This area is in modern-day Italy and was inhabited by Greeks as early as the first millennium BC.

While the Greeks likely started the trend of adding cheese and other toppings to flatbread to make these later called "pizza dishes," many countries have influenced the development of pizza.

Let’s look a little more deeply into how pizza came to be, who really invented it, and how it became popular in the US.

The invention of pizza can not specifically be traced to one person as there are many different versions. However, we can look at those who helped significantly transform it into what we know and love today.

The Italian baker Raffaele Esposito is credited with being the father of modern-day pizza. In 1889, he popularized pizza when he made three versions for King Umberto I and Queen Margherita of Italy. It is said that the Queen loved one of the pizzas so much that Esposito named it after her, Pizza Margherita. 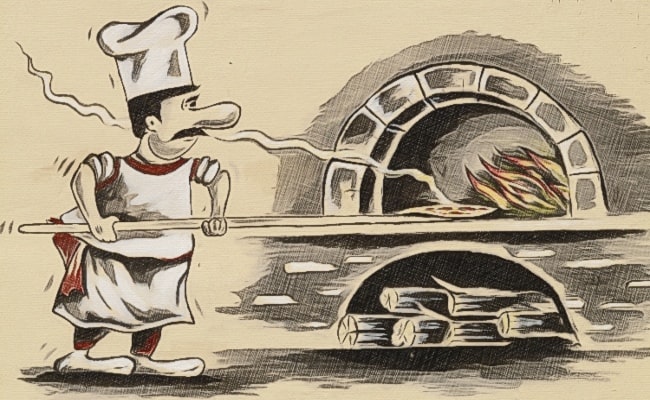 Esposito was given the task of cooking pizza for the King and Queen because he was already considered one of the best pizza makers in Naples. However, it is believed this event really kickstarted his popularity and the growth of pizza. This Margherita pizza he cooked for them may have been the first to have mozzarella cheese.

It is important to note that this is called the Legend of Margherita and some historians believe it not to be fully accurate. This is where pizza history becomes debatable, as this pizza recipe seems to have already existed before this event. Fully true or not, this is a notable event believed by many to be true and still helped propelled pizza to what it is today.

The Italians have been given credit for modern-day pizza, but the Greeks may have enjoyed their version hundreds if not thousands of years prior. The lore around pizza is that it started as a poor man’s food in the Naples area of modern-day Italy.

Long before the Italians, the Greeks enjoyed a flatbread called “plakous or plankountos,” which could have been the real beginning of pizza. This bread dish, which was topped with herbs, onions, and cheese, can be traced back to the times of Ancient Greece. It could be used as a plate for other foods or just as bread to compliment a stew.

This pizza-like bread was cheap and easy to make, so it was commonly sold on the street for a long time. It is believed that plankountos evolved from a cheap bread with minor seasoning into actual pizza when more ingredients were introduced to the area.

For example, Spain introduced tomatoes to Italy in the 16th century, but people originally thought they were poisonous. It wasn’t until the 18th century that tomatoes were made into a sauce and put onto a pizza. Around the same time, Mozzarella cheese made from water buffalo milk was first created in Naples.

As pizza got fancier, it was said to gain the attention of more affluent people. It evolved and was cooked in many different ways until immigrants from Italy, more specifically the region of Campania, would find their way to other countries to settle.

Chinese Origins: A Chinese legend claims pizza originated from the Chinese scallion cake, a dough mixed with green onions and oil, then pan-fried like a pancake. The claim is that Marco Polo visited China and took the recipe back to Italy, where it was made famous. However, evidence shows pizza-like dishes were in the Mediterranean way before Marco Polo was even born.

History of Pizza in America

Pizza is believed to have made its way to America in the late 1800s to early 1900s. Pizza was very likely first sold on the streets of New York by Italian immigrants as unlicensed vendors. It is believed some vendors or actual pizzerias may not have been on the records and existed before 1905.

The first official licensed pizzeria was G. Lombardis, established in Manhattan, New York, in 1905. Gennaro Lombardi brought his pizza-making skills from Italy and is said to have created New York style pizza. Lombardi’s can still be found in business today in the Little Italy part of Manhattan.

Early New York pizzerias served mostly Italians who knew of pizza already, but its word spread. Eventually, pizzerias were opened up in New Jersey, Connecticut, Massachusetts, and Pennsylvania by the 1930s, and pizza even made it to Chicago by the 1940s.

Pizza didn’t really achieve mainstream popularity until after WW2. The 1940s happened to be the time where refrigerators and freezers became more widely available. The first patent for frozen pizza was filed in 1950, and in that decade, most of the big pizza chains that still exist today started popping up.

By the 1960s, the Totinos brand was leading in frozen pizza sales, and by 1971, Pizza Hut, which started in Kansas, was the largest pizza chain in the world. The popularity of pizza has only grown since then and today Domino's is number one in global pizza sales. 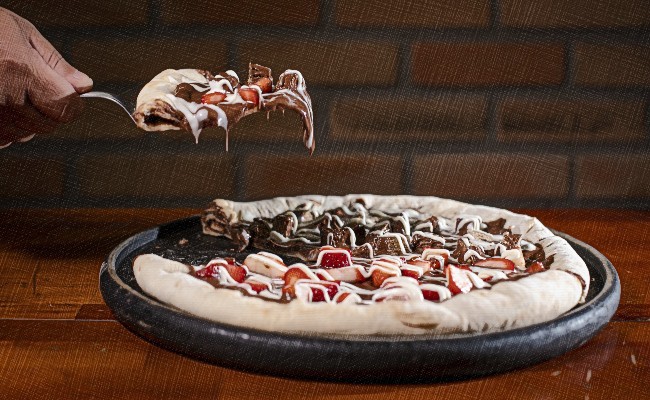 Today, pizza is very much a part of American history, from pepperoni to dessert pizza. Here are a few pizza facts that show just how much Americans love pizza:

Evidence points to the general idea of pizza most likely originating with the Greeks, but the Italians played a giant role in its development. Pizza that is enjoyed today is still heavily influenced by Italian culture.

Interestingly enough we can also thank the Greeks for the origin of Hawaiian pizza.

Pizza will be popular forever due to the many ways it can be cooked with nearly unlimited variations of toppings. From kangaroo meat pizza in Australia to squid pizza in Japan and to banana curry pizza in Sweden; different countries keep putting their own spin on pizza.

These pizza dishes also continue to adapt for those with special dietary restrictions, as you can find gluten-free pizza and even vegan pizzas with cauliflower crust.

I myself will stick to the most glutenous crusted, and meatiest of pizzas.

The only question that remains is, can pizza evolve to be too good? I think we already know the answer.