Follow this guide to make a dollar bill origami letter J in 8 steps.

This is an easy step-by-step tutorial that will take about 5 minutes to complete.

You can find instructions for all the letters in our money letters guide.

For this letter, like most, we will start on the backside of a US dollar bill.

Start by folding the dollar evenly in half lengthwise.

Rub the edges of each fold in this guide to help make folding easier.

Open the bill up to the back side once the crease has been made.

STEP 2: Fold the lower half twice to the center

Make two lengthwise folds to the center to get the lower half into thirds.

Make the first fold the solid line shown in the first picture.

The second fold will be made to the original center crease line.

STEP 3: Do the same thing to the other half

Repeat the same process to get the bill folded into one-sixth.

Fold the bill over into one skinny piece as shown in the picture on the right.

Press it down well to make it nice and flat and then open it up to the face side for the next step.

STEP 4: Fold over the left side with two creases 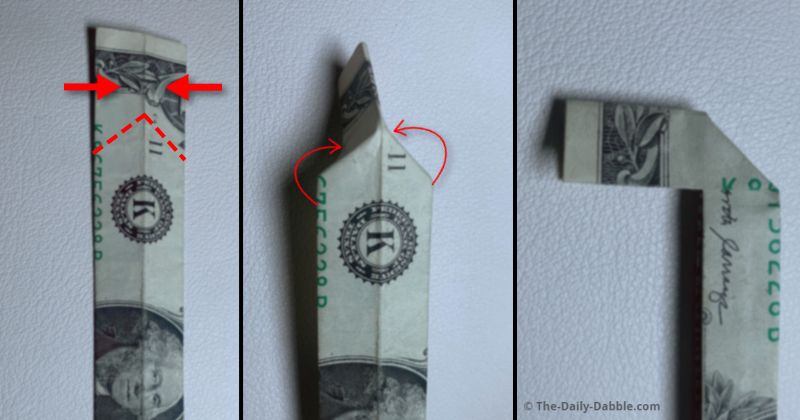 Use the picture as a reference to know exactly where to make the crease.

Adjustments can be at the end if things seem a bit off at the end.

Make the two diagonal creases and push the ends in.

Fold the creased edges down to press well and then back up like in the last picture. 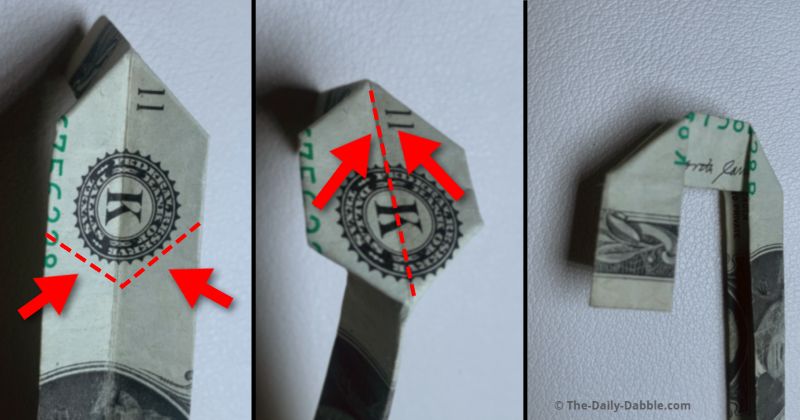 Make creases pointing the opposite way this time.

Fold the outer edges together on the crease to form the lower part of the J. 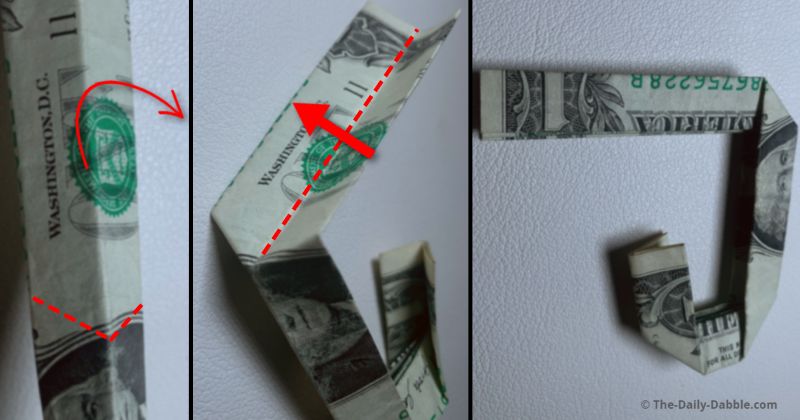 Make two slanted creases and fold the edges up together.

Press everything down flat and hard before opening them for the next step. 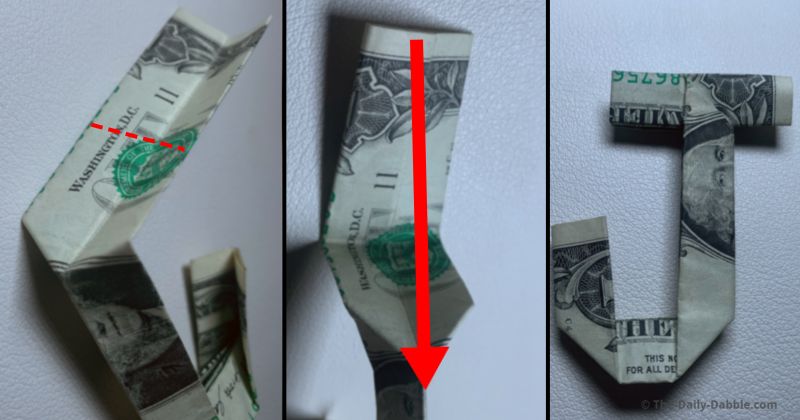 Fold the flap from the previous step about halfway.

Bring it over the pointed crease and close the top of the letter up. 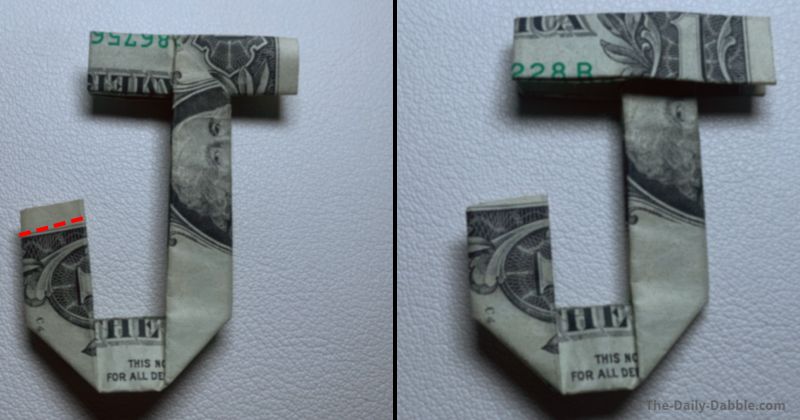 You have a letter J but you can shape it and even it a little if desired.

Now you know how to make a money origami letter J!