Learn how to quickly fold a dollar bill into the letter K with this guide.

This letter is easy to fold and only takes a few minutes to learn.

We have money origami alphabet folding guides for each letter if you are looking to spell a message for a unique and creative gift!

Start on the backside by folding the bill in half directly lengthwise.

Make a nice crease by pressing the folded edge.

Open this fold up for the next step.

STEP 2: Fold the lower half into thirds lengthwise

Starting on the lower half, make two even folds to the center crease of the bill.

Use the solid lines as a guide to know where to make the folds to.

Press the edges of each fold of this guide to keep things flat and neat.

STEP 3: Get the bill into one sixth

Make similar folds on the other half to match the previous step.

Once the edges are flat, make one last fold over to get it in one skinny piece.

STEP 4: Fold the bill into one third 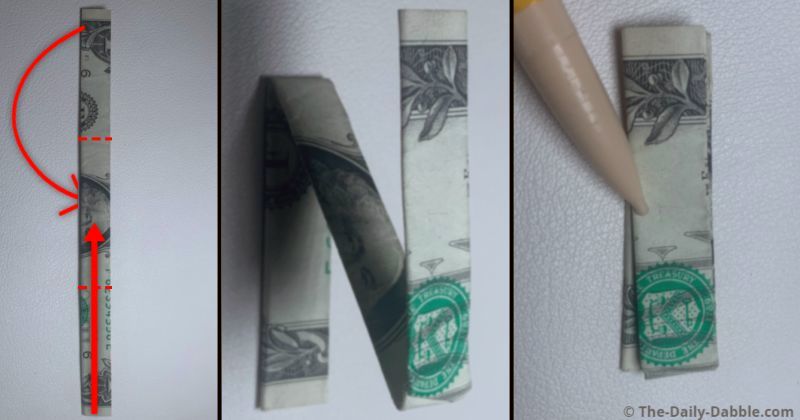 Starting on the side with Goerge Washington’s eyes, fold the left side under the center.

Next, fold the right side over the center and flat so that all pieces are even in length. 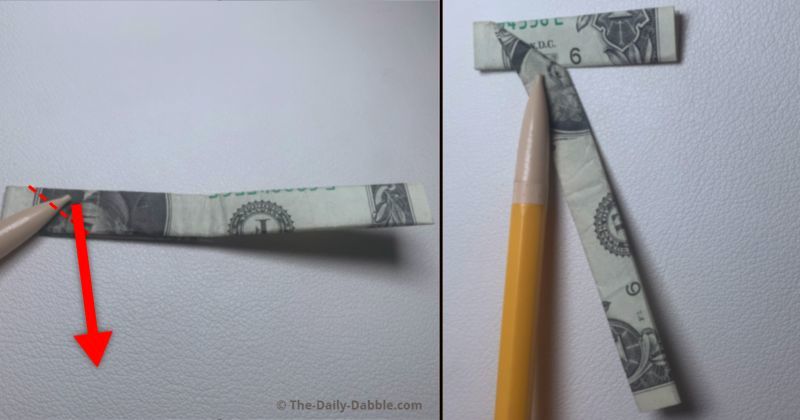 Start by opening up the bottom flap and flipping it over to the side shown.

Make a diagonal crease while folding the long flap over. 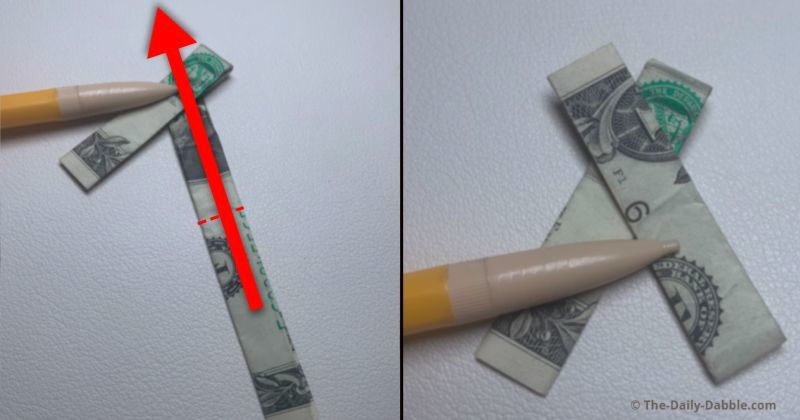 Flip the bill over and fold the long piece over using the crease it has already.

Make sure everything is pressed flat and all the edges are rubbed well.

STEP 7: Finish the letter K with a twist fold 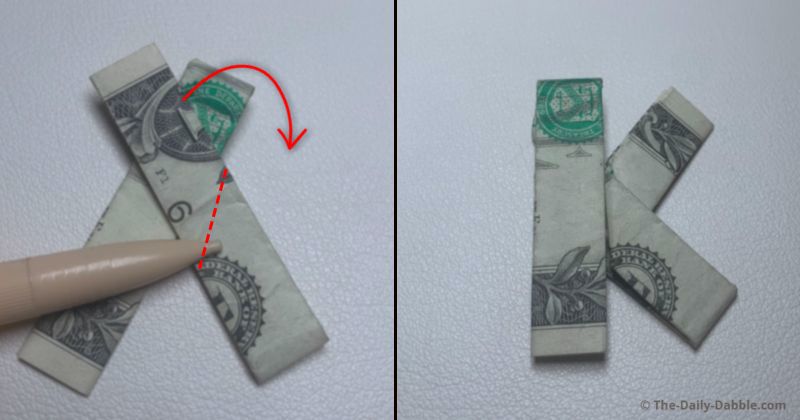 Twist the edge of the upper flap so that the middle edges line up well.

Make sure everything is nice and even before you press everything down.

If needed, make some adjustments to straighten out the letter.

To help keep it flat you can put it under a heavy book for a while or use a bit of tape.

Now you know how to fold an easy money origami letter K!