This dollar sword is sure to impress and be a fun gift to share with family and friends.

Follow this detailed guide with pictures, and you will have your own dollar bill sword in no time at all!

We will start on the backside of the bill so that we can have George Washington on the blade of the sword. 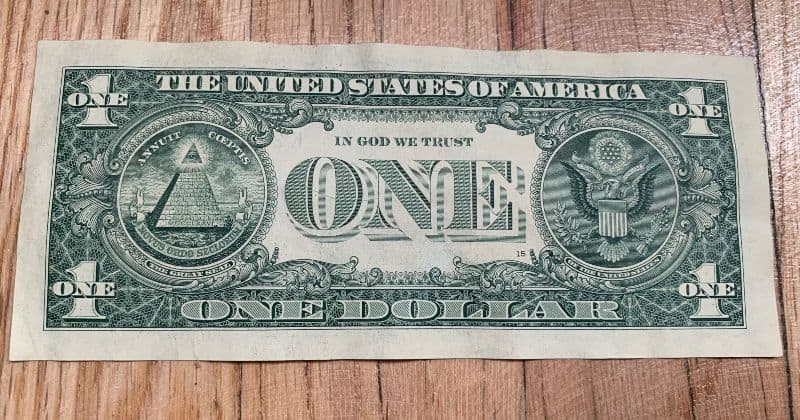 Step 1: Fold in half lengthwise to crease it, then unfold it 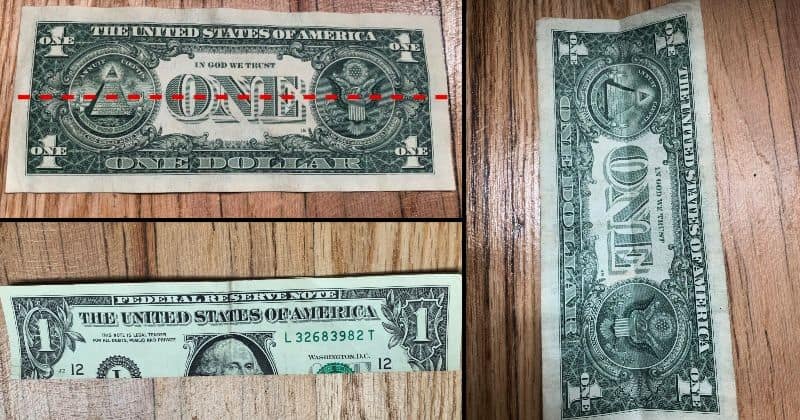 Step 2: Next, fold the top and bottom lengthwise to meet the crease 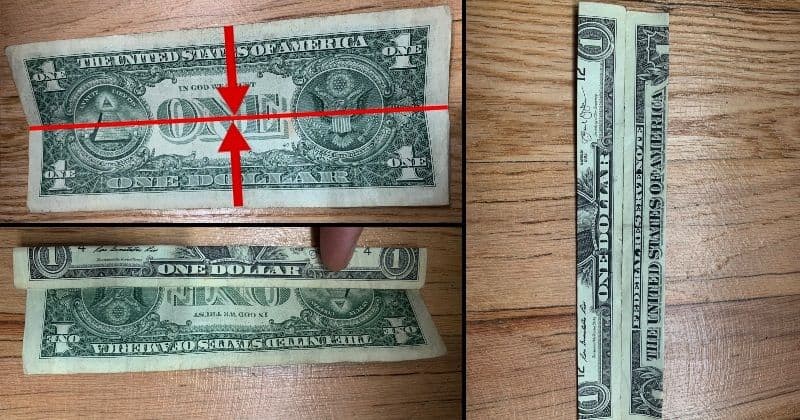 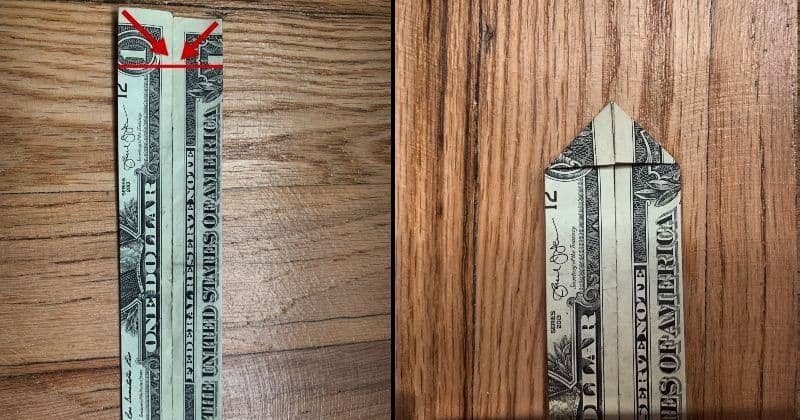 Fold the left and right top corners down to form the point of the sword. 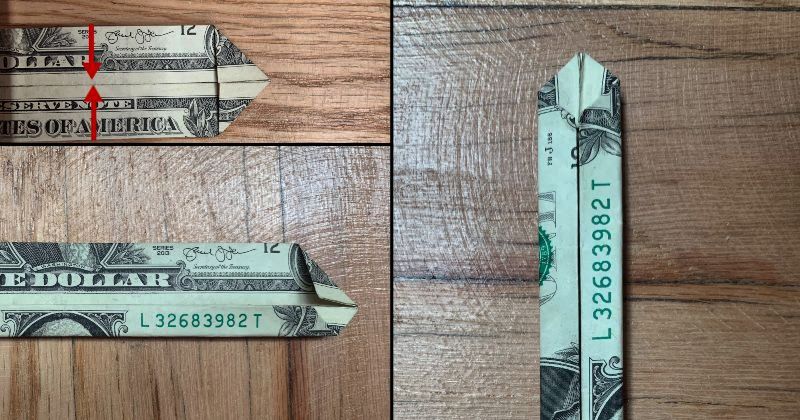 Step 5: Open the fold just made and flip it over completely 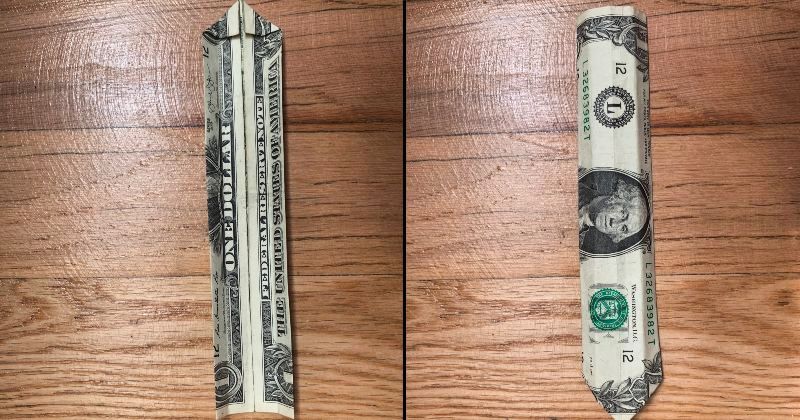 Step 6: Fold the non-pointed side down to the "E" 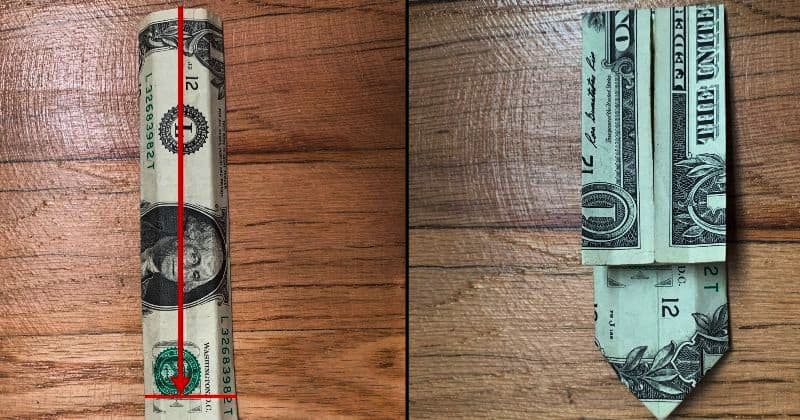 Fold the edge to meet the "E" on the word "ONE" on the bill.

Step 7: Flip it over, and fold the top flap lengthwise to meet the crease 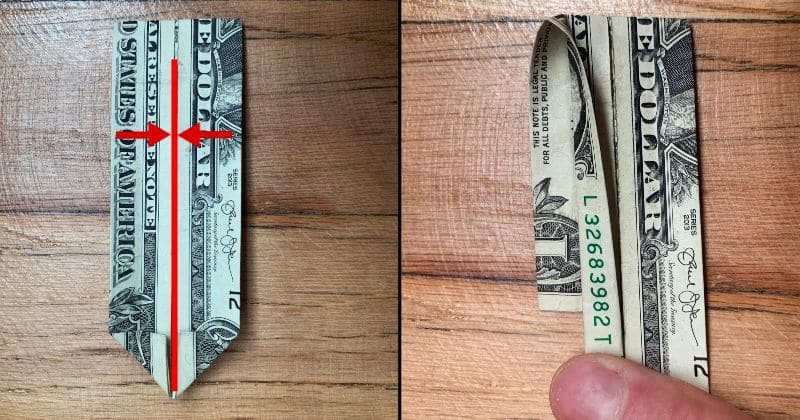 When you make the fold, you will have to squash fold the point which formed from folding the edges to the crease.

The easiest way to do this is to stick your finger or a pencil in there to make sure it will be flat when squashed. 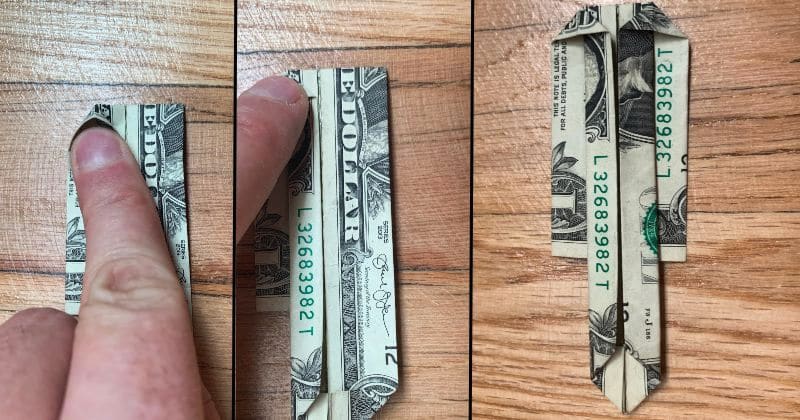 Step 8: Flip it over and fold the flap underneath up 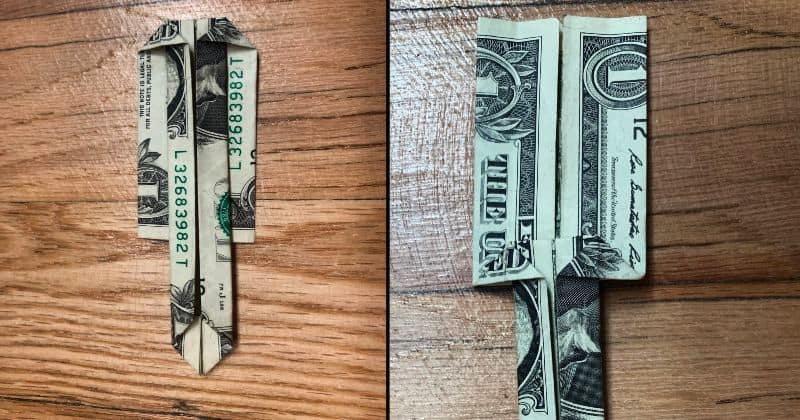 Make sure to crease it once folded.

Step 9: Fold both the left and right sides to the edge of the last fold 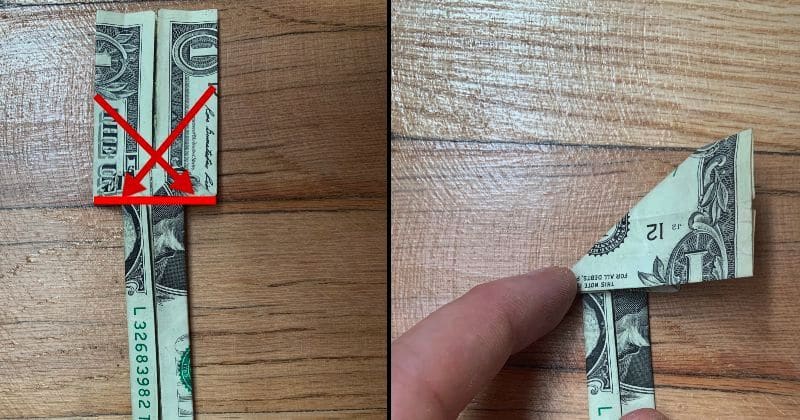 You fold the top left down and crease it.

Then open it up to do the same thing on the right side.

Again the whole point of this is to make a crease on both folds then unfold it.

The creases you make will look like an "x," as shown in the next picture.

Step 10: Fold the top down over the sword and crease it 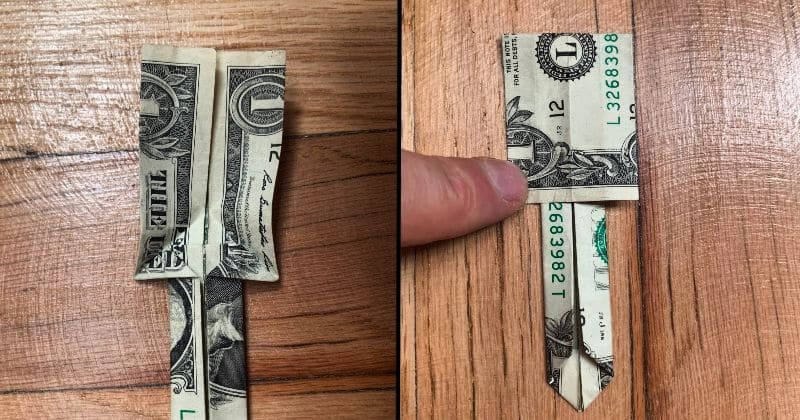 Once you make the fold and crease it, you then unfold it.

Step 11: Fold the handle in and squash and fold it down 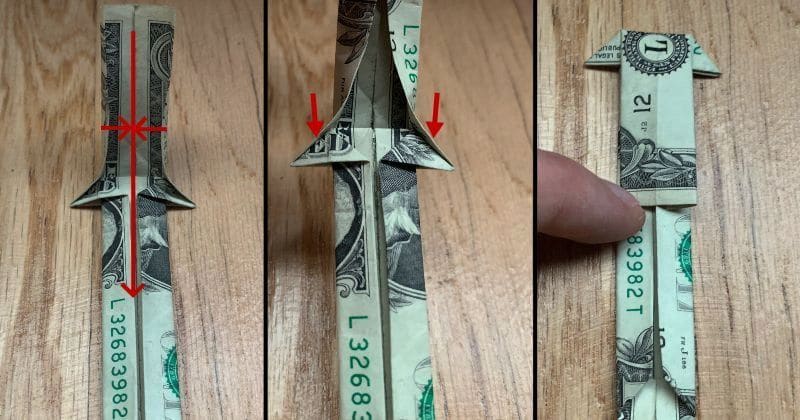 Start by folding the handle into the crease lengthwise.

Step 12: Fold the handle back up to make a crease 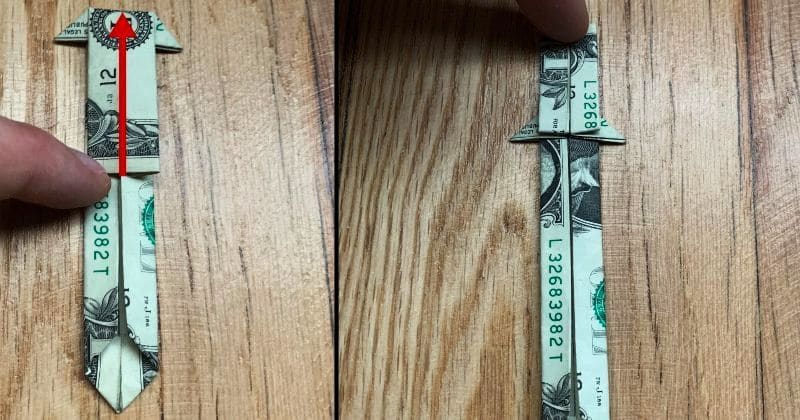 Make the fold to crease where the handle meets the blade part of the sword.

Step 13: Round the handle by folding it in 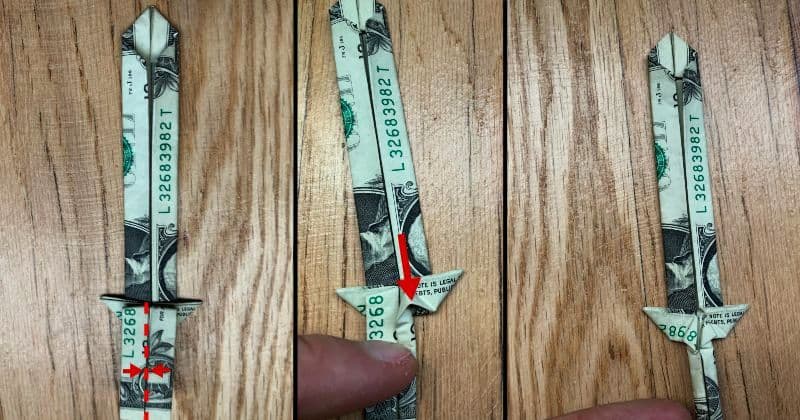 Fold the handle in half lengthwise, and squash fold the little points that are made.

This part is never gonna look the same twice; you can just shape the handle to your liking. 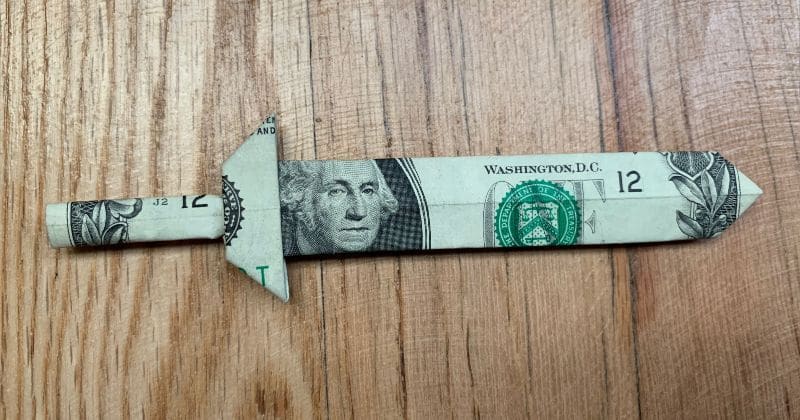 That's it! You now have a finished dollar bill origami sword!