Money origami is a fun hobby that can be both simple, but also challenging.

This little money house is perfect for a quick and creative tip or a great idea with a bigger bill to make a unique house-warming gift.

If you want to practice without wasting all your fresh and crisp dollar bills, consider picking up some fake money. It’s cheap and will let you fold hundreds of creations without the need of begging your local bank for all their nice bills! Here is our favorite fake money for origami.

We will start on the front side of a one-dollar bill.

STEP 1: Fold the bill in half both ways and make the creases 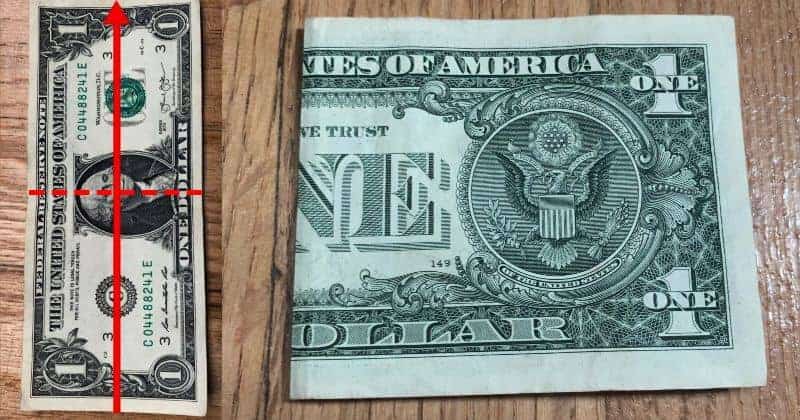 Start by folding in half from left to right, and make the crease. 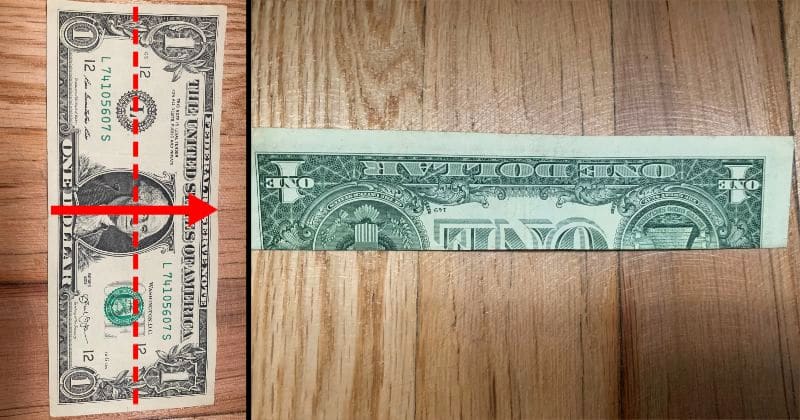 Then unfold and fold the bill in half lengthwise as well.

Once you have made the crease, you can unfold it again.

STEP 2: Fold the bill to the halfway mark from top to bottom 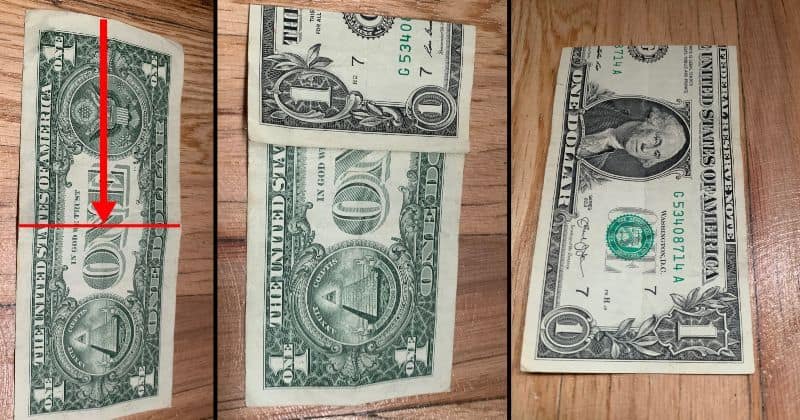 You will make this fold with the backside of the bill facing up.

Once you have made the fold, you can flip it over.

STEP 3: Fold both the left and right sides slightly inward 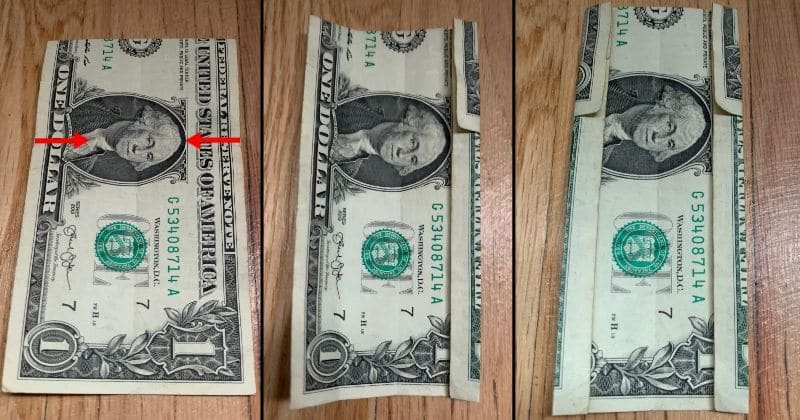 Start by folding the right side inward to about the top of the circle with George Washington.

Then fold the left side inward about the same distance as the other side.

STEP 4: Fold the top corners of the inside flaps

These folds are just for making a crease, and when you are done, you can unfold them. 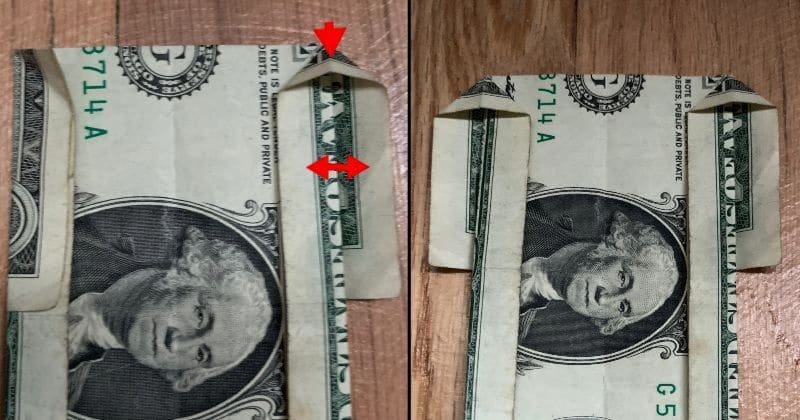 On both sides, spread the side flaps and squash the top tips flat like shown.

STEP 6: Fold the top twice to make the pointed roof 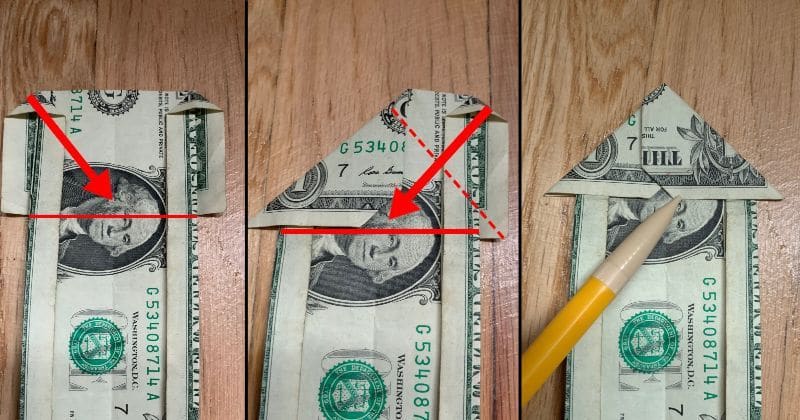 Start with the top left side and fold it down to about the halfway mark on the bill and crease.

Then fold the top right corner down to the same mark while making sure the roof is even.

STEP 7: Fold the bottom to the top, and then make one last diagonal fold 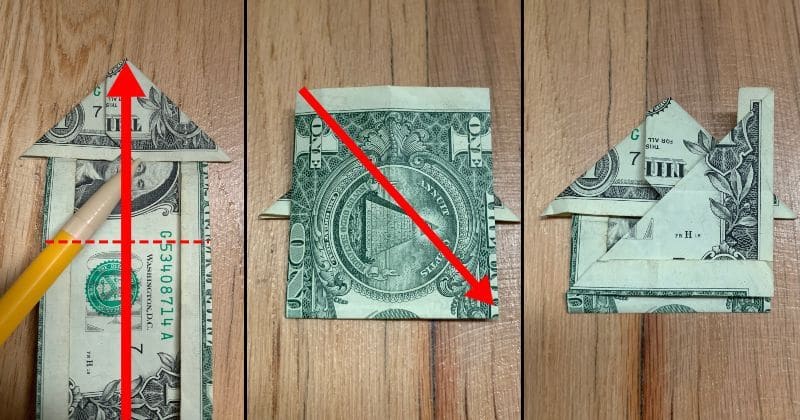 Fold the bottom clear to the top point of the roof and crease.

Lastly, fold the top left corner down diagonally to meet the right edge of the bill. 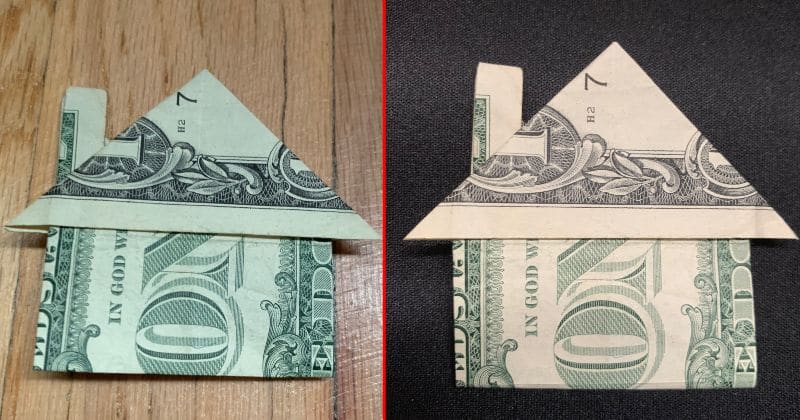 You now know how to quickly fold a dollar bill origami house with a chimney!

You may also like these other money origami guide: